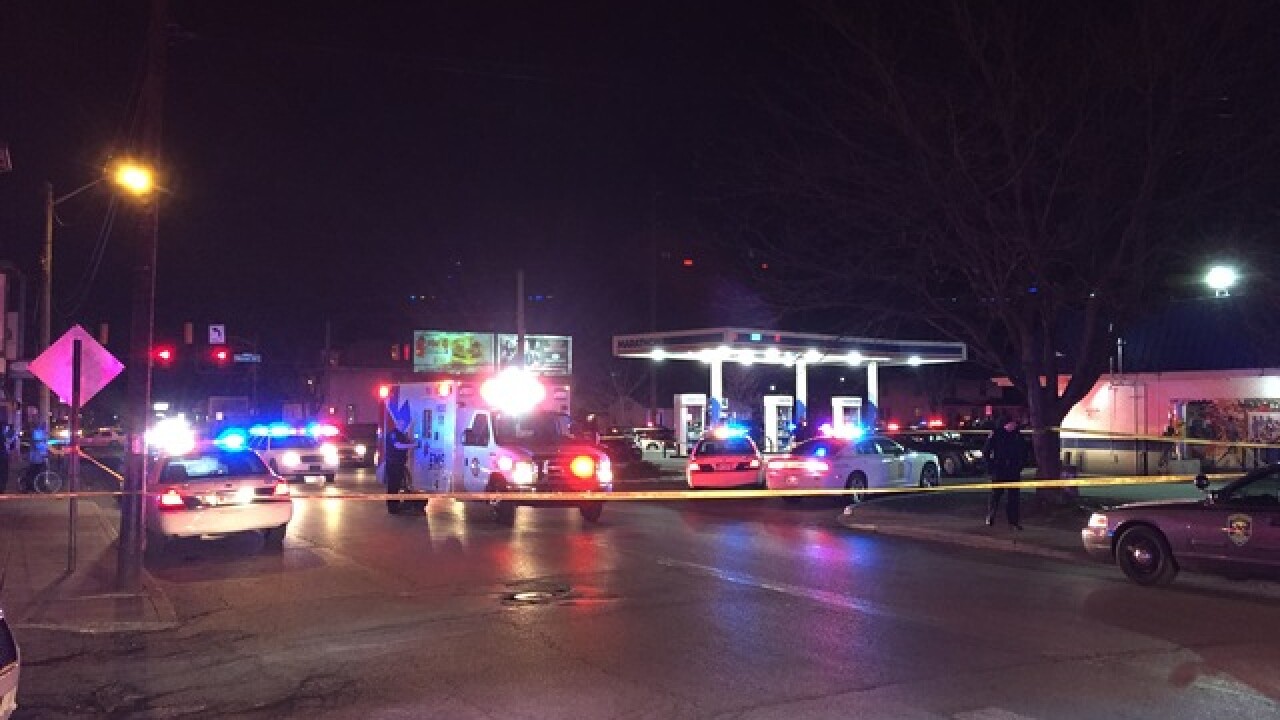 INDIANAPOLIS -- Police say an officer who shot and killed a man on the east side Tuesday night tried to use his Taser before the shooting.

An IMPD officer shot and killed Kevin Hicks, 44, around 9:10 p.m. at the Marathon gas station at 10th and Rural Streets.

Family members say he was shot in the face.

CLICK THE IMAGE BELOW TO SEE PHOTOS FROM THE SCENE:

According to police, a woman called 911 reporting that Hicks, who is her husband, was hitting her in her car. A toddler was also in the car. She pulled into the Marathon gas station at 10th and Rural, where the officer was already sitting.

IMPD says surveillance video from the gas station shows that the woman went over to the officer's car, they chatted, and then the officer asked Hicks to step out of the car.

As Hicks and the officer walked around the car to the driver's side, Hicks started to assault the officer, according to police.

Police say witnesses told them the officer attempted to use his Taser, but it was knocked from his hand. A check of the Taser confirmed it had not been deployed. After the loss of his Taser, the officer tried to distance himself from Hicks by moving backwards, according to police. Hicks and the officer then fell to the ground, and outside of the view of the surveillance camera.

Witness statements indicate Hicks may have tried to grab the officer's gun during the struggle, according to IMPD. The officer then shot Hicks. Surveillance video did not capture the shooting.

Listen to the police scanner audio from the incident below.

Hicks had been staying at the Duvall work release center after pleading guilty to a battery charge. He was out Tuesday on a job search and was supposed to report back in the afternoon, but did not, so a warrant was issued for his arrest around 6 p.m. Officers were not aware of this during last night's shooting, according to IMPD.

RELATED | CALL 6: Man shot by police had warrant for arrest

The officer, a six-year veteran of the force, was taken to Methodist Hospital for treatment and released. The department has not released his name. Police say that he suffered a bite to the arm and a possible concussion.

Homicide detectives will continue to investigate and consult with the Marion County Prosecutor's Office. The officer is on administrative duty and will be interviewed by Internal Affairs in the next few days, which is standard protocol.