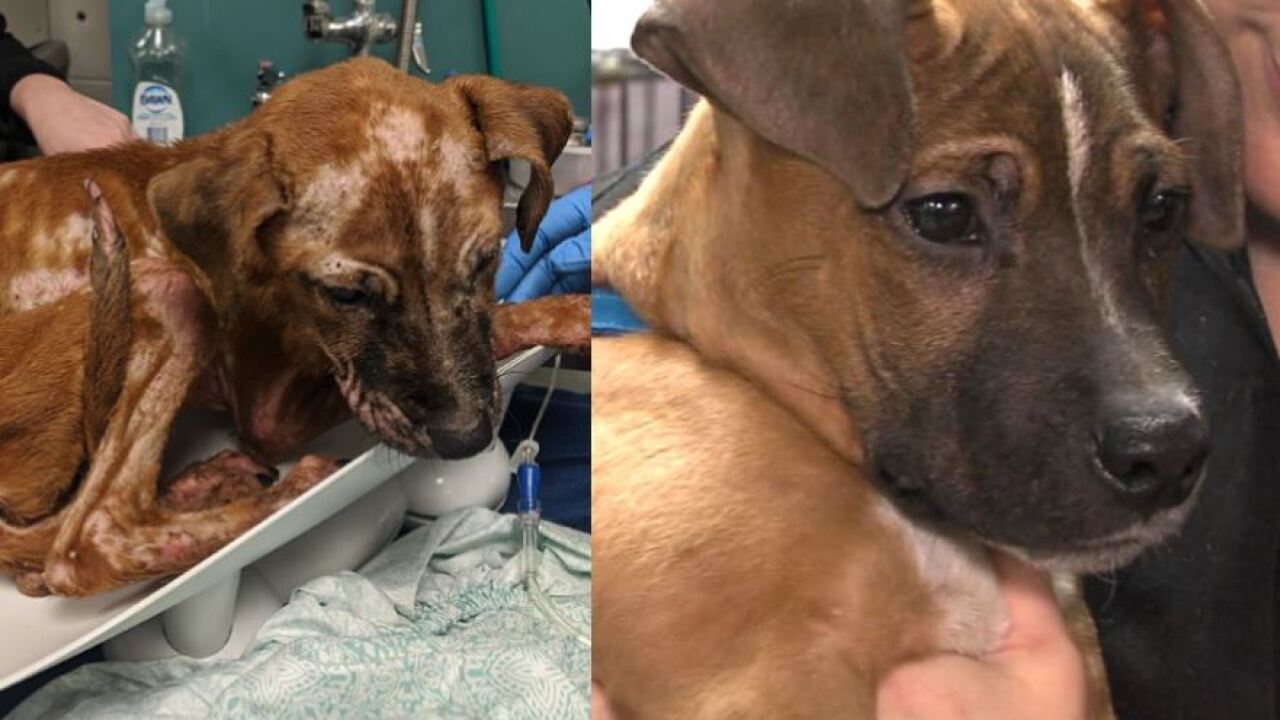 INDIANAPOLIS — Just a month after he was turned over to the Indianapolis Humane Society, a severely neglected puppy that was "hours from death" is now ready to find his forever home.

IndyHumane said the six-month-old puppy, named Leonard, was reported to have been tossed into a cold, dark basement and "left to wither away" after his previous owners decided they didn't want him anymore.

When he came to the shelter, Leonard's skin was so paper thin and covered in fleas that most of his hair was falling out and his body temperature was so low that it didn't even register on a thermometer.

But a month later, they say Leonard is healing nicely and gaining weight. He's improved much quicker than they anticipated.

"I want to thank all of the people who donated and thought of us in reaction to Leonard's situation," Annabeth Young, the Registered Veterinary Technician helping to take care of Leonard. "This has been an eye opening experience for us just how receptive the public was to his situation and we've had an outpouring of donations and public sympathy and empathy and that's been very helpful to get him back on track, so thank you."

If you're interested in making Leonard a part of your family, he's now available for adoption through the facility on North Michigan Road.