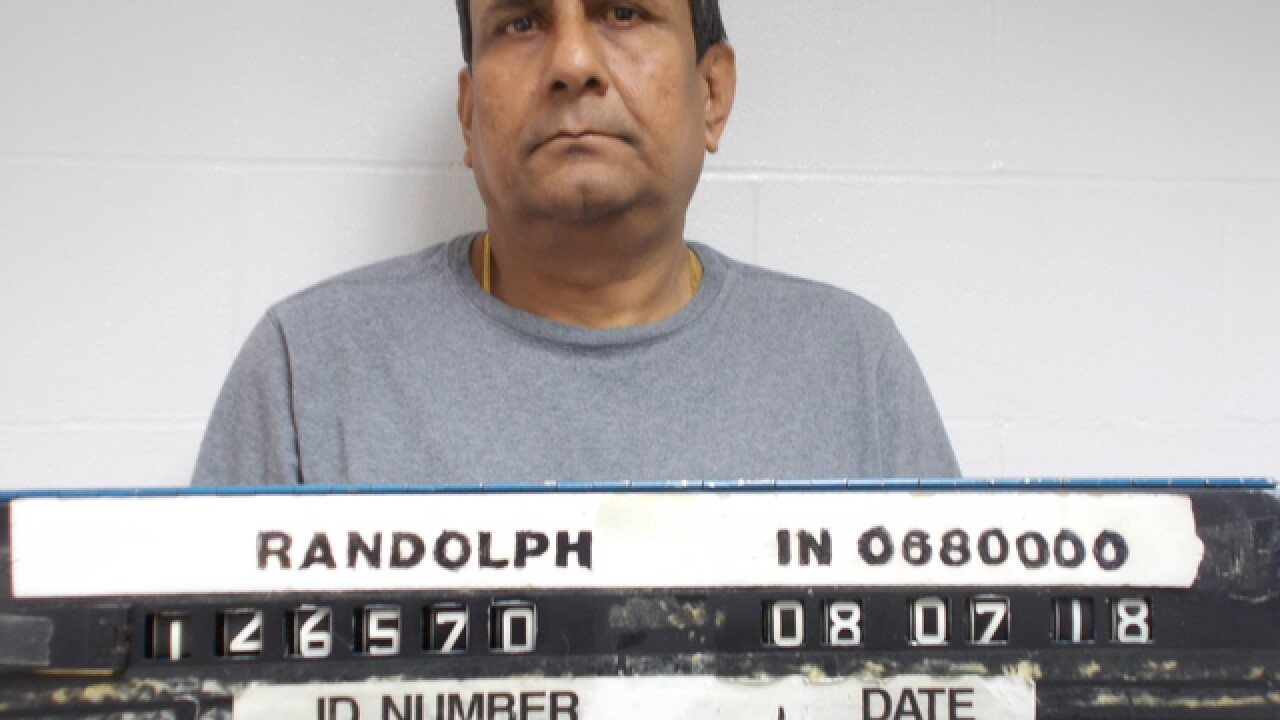 LYNN, Ind. -- A gas station clerk in Randolph County is accused of offering a female customer money to have sex with him on multiple occasions.

According to a report filed by a Lynn Police Department officer, a woman contacted him on July 26 say that she went into the Marathon gas station and the clerk, identified as Dinesh Kumar Patel, had offered her $500 to have sex with him and that “no one would have to know about it.”

The woman told the officer the clerk then violently pulled her up to the counter and asked her a bunch of personal questions including whether she had been with an older man and if she had ever been paid for sex.

The woman said after several minutes of uncomfortable questioning she was finally able to get the cigarettes she had paid for and was able to leave the gas station.

According to the police report, that officer had that same woman return to the gas station on several other occasions while wearing a camera and each time Patel offered a different amount of money to have sex with the woman and invited her to his home.

On the last meeting, police say the woman met Patel outside the store away from the surveillance cameras and offered her $35 for “mouth only” and $50 for two hours with her.