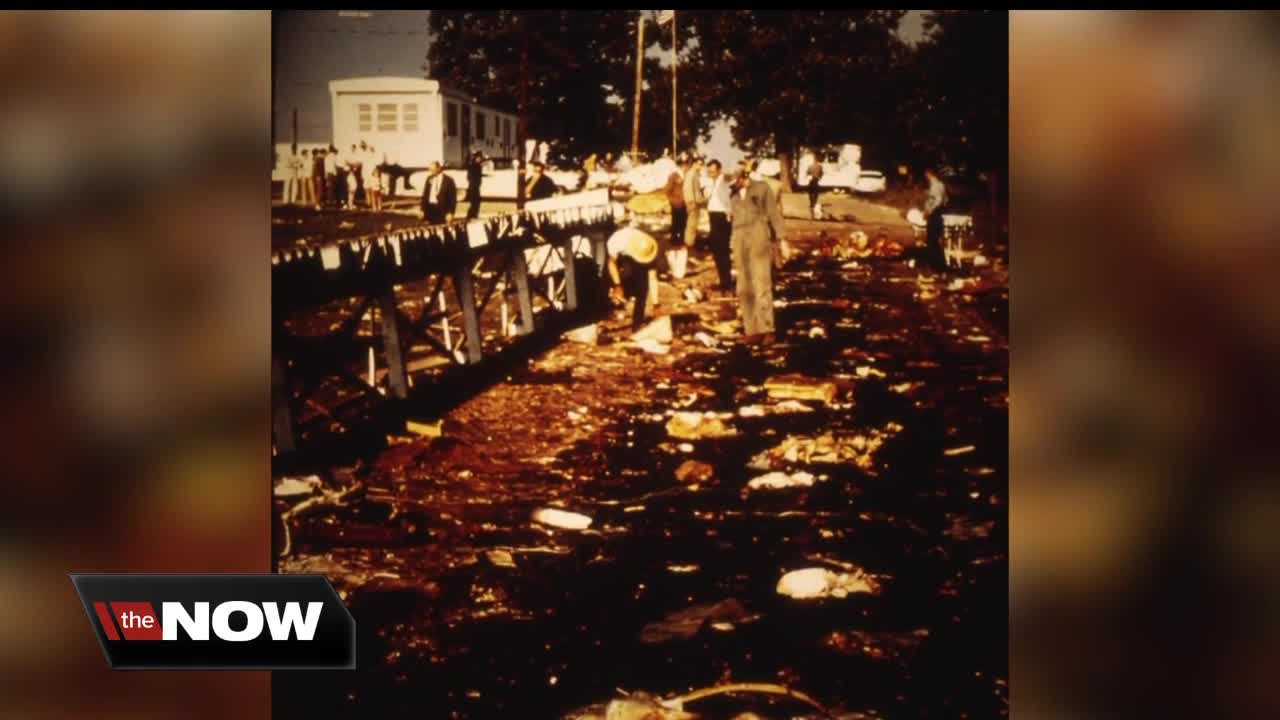 SHELBY CO. — A memorial service was held Monday to remember the people who lost their lives in what remains Indiana's worst commercial airline disaster.

On the afternoon of Sept. 9, 1969, Allegheny Airlines flight 853 was over Shelby County beginning its descent into Indianapolis. There were 78 passengers and four crew members aboard the plane.

At the same time, a small plane in the area was traveling from Hancock County to Columbus.

Outside of Shelbyville, the two planes collided. The Allegheny flight plummeted into a soybean field near a mobile home park. The small Piper Cherokee plane crashed nearby.

Eighty-three people died, and there were no survivors. Seven of those killed were from Indiana, including the captain of the Allegheny jet — 47-year-old James Elrod of Plainfield.

On Monday, family and friends of the victims held a memorial service near the spot where the planes slammed into the ground, not far from the Shelby County town of London.

"I never had the opportunity to meet my grandfather. Like everyone else involved, his life was cut short," Nolan Elrod, grandson of Cpt. James Elrod, said. "But from what I've heard over the years, he was a good man and an excellent pilot. Although I never met him, he has affected my life in profound ways."

After the tragedy, many asked how two planes flying in decent daylight weather conditions could have collided in midair. The National Transportation Safety Board held a hearing in Indianapolis shortly after the crash, hoping to find out.

The NTSB said pilots were flying under the "see and be seen" principle of aviation. However, the agency said that method proved to be inadequate in this particular case and that there were technical limitations of the radar in detecting all aircraft.

Findings from the Allegheny crash and other air disasters led to changes in air safety.