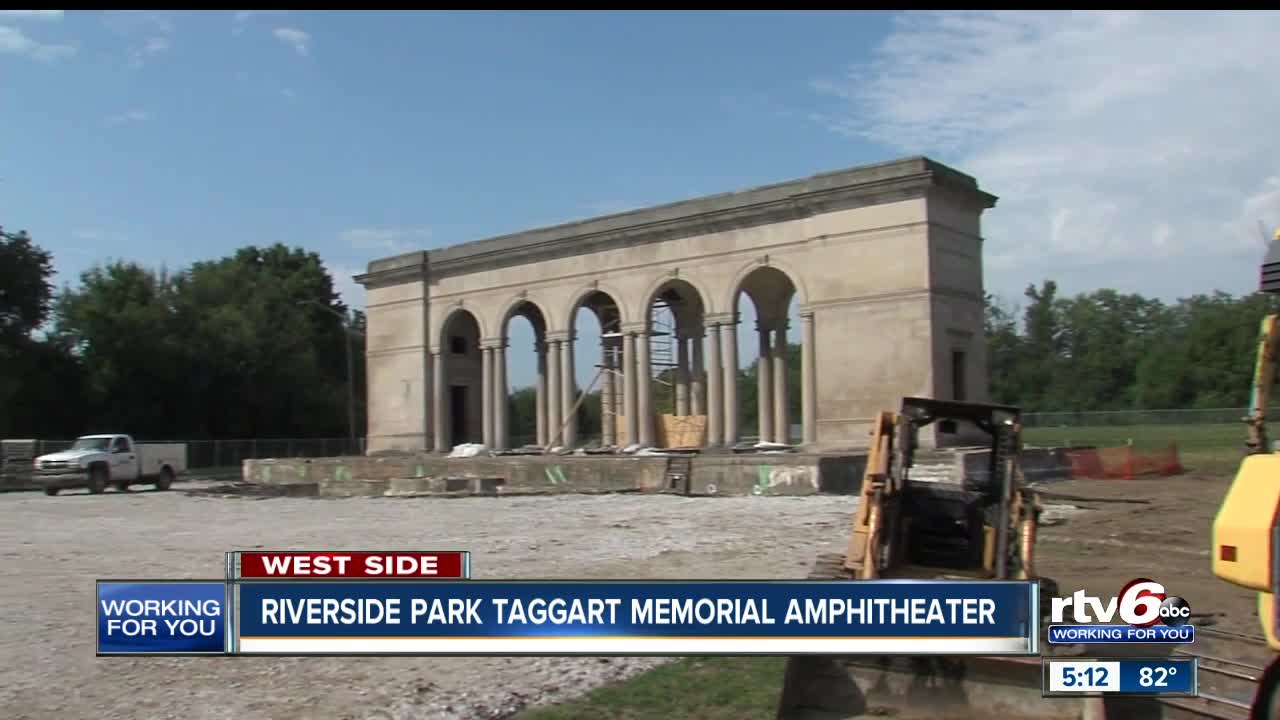 A major overhaul could breathe new life into Riverside Park on Indianapolis' west side.

INDIANAPOLIS — A major overhaul could breathe new life into Riverside Park on the west side of Indianapolis. Riverside Park's historic Thomas Taggart Memorial will be restored to also include an amphitheater.

Monday civic leaders and neighbors broke ground on the Taggart Memorial Amphitheater project. It will become the new home of the 'Indy Shakes,' which is also known as the Indianapolis Shakespeare Company.

The city says the amphitheater should attract many arts productions.

The Taggart Memorial Amphitheater is expected to open by June.