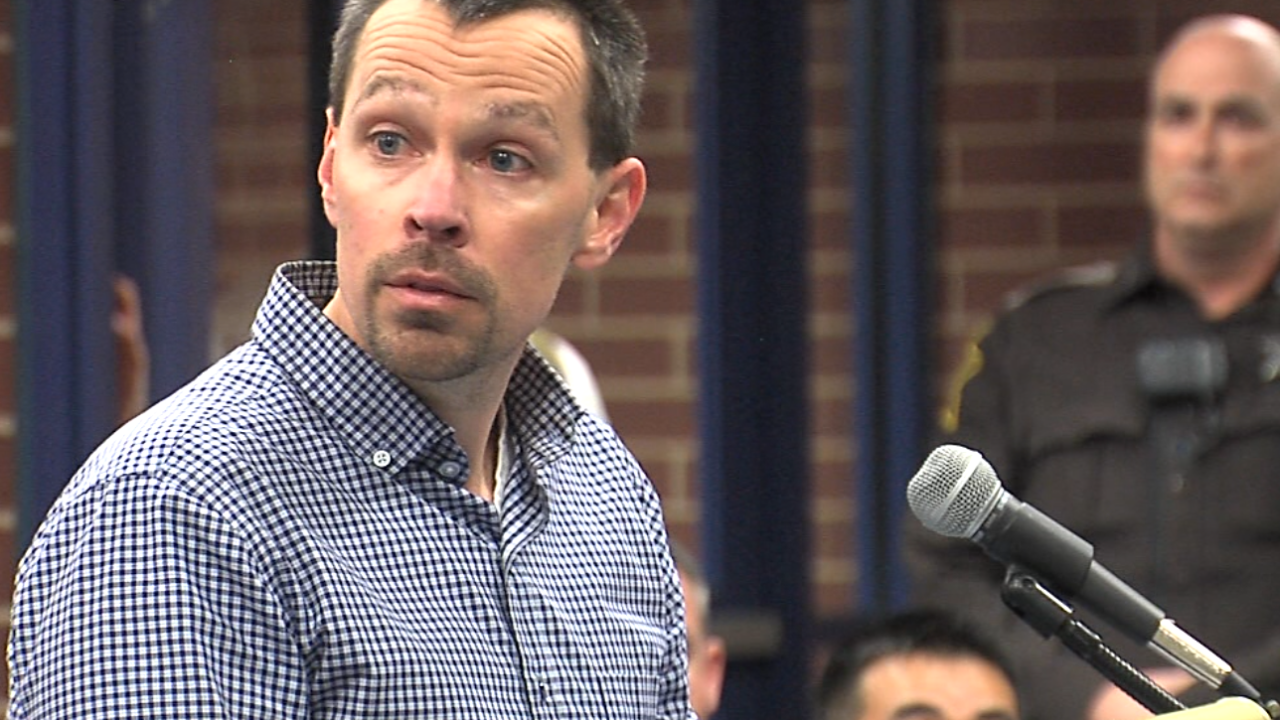 The Indiana Open Door Law governs meetings of public agencies and protects the rights of citizens to access meetings.

Hass contacted Call 6 Investigates in October saying North West Hendricks school board meetings were not posted online, and that the board has shown a sharp spike in use of executive sessions to “shield discussions from the public.”

He also raised concerns at the November 12 school board meeting.

“This is another example of a lack of transparency and accountability to the public,” said Hass.

Hass’ complaint said when he called to ask how the public could obtain minutes or memorandums for the executive and open sessions, school staff told him there was no access to executive session minutes.

Hass also found the district used non-existent Indiana codes when listing why it needed to meet in executive session, or behind closed doors.

“North West Hendricks School Corporation Calendar does not mention of past, present, and future school board meetings on both the general calendar and school board calendar,” wrote Hass in his complaint. “Nor do they provide a video of audio recording for the public to view."

Hass said because the sheriff’s office is investigating an inappropriate relationship with a Tri-West High School teacher and student, many people are turning to the school board website and minutes for information.

In a written response to the Public Access Counselor, the school corporation’s business manager David Hobaugh, said the district is making corrections.

The school employees were incorrect with their answers about executive session minutes and have received training, said Hobaugh.

Hobaugh said the “illegal codes” were indeed mistyped, and he has since made the corrections.

“We will be sure to correctly post the associated codes moving forward,” said Hobaugh in a response to the Public Access Counselor.

Hobaugh also said Hass' formal complaint was the first the district had heard of people not being able to see meeting postings.

“We have since moved the posting to the clear display box outside the door which has no tinting and is clearly visible,” said Hobaugh to the PAC.

With regard to an executive session notice for the October 8 meeting, Hobaugh said the notice left off several words erroneously.

“The posting should have been clearer and we will make sure that clear postings happen in the future,” said Hobaugh to the PAC.

Hobaugh also said they were not aware of any problems with the board meeting calendar until Hass’ complaint.

“The meeting dates had been entered into the calendar but for some reason were not appearing,” said Hobaugh in his response. “We reset and re-entered the meeting dates under a tab called North West Hendricks.”

Hobaugh told the Public Access Counselor it is working on better communication with the community.

“I want to assure you, it is not our office’s intention of hiding anything from the public and we hope you see that as we have made public the items referred to in the complaint, made appropriate changes to erroneously posted codes, and will make changes to how postings have been made to be sure all you can see those postings,” said Hobaugh in his response to the PAC.

In a December 4 letter to Hass and Hobaugh, Indiana Public Access Counselor commended the district for taking the investigation seriously and for addressing the issues raised in the complaint.

“This is the purpose of our office—not to call out violations necessarily, but to ensure compliance,” said Britt. “Although the School did indeed make some mistakes in noticing executive sessions- no small matter- they took responsibility for those oversights and corrected course moving forward,” said Britt.