Scooters in Columbus? It's a possibility

City council will study the proposal 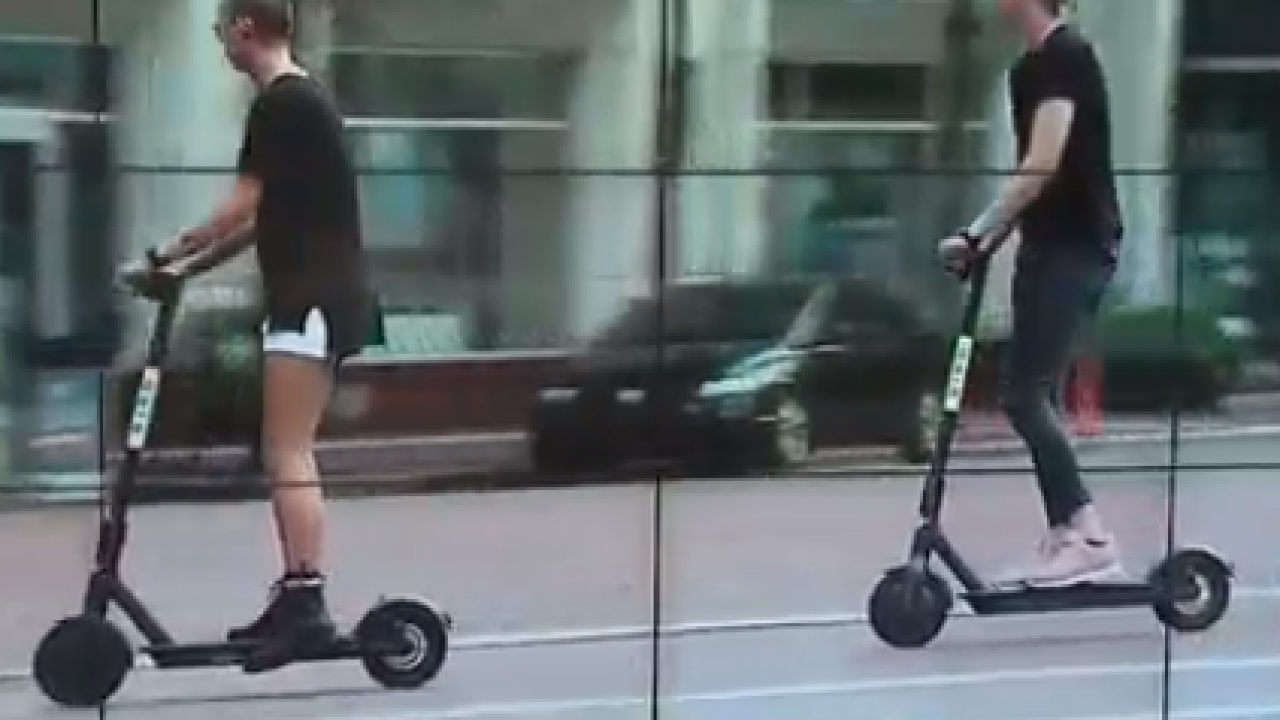 COLUMBUS—Electric battery-powered scooters have become a common sight on the downtown streets of Indianapolis and a few other Hoosier towns.

Now, Columbus is considering approving scooter use in the Bartholomew County city, but there will be a careful study before that happens.

The Columbus City Council this week gave initial approval to an ordinance that prohibits scooter use until official rules and regulations can be drawn up and passed by the council. The ordinance is expected to get a second airing on July 15.

Scooters in Indianapolis and elsewhere has been both popular and controversial. Scooter companies caught cities off guard and without regulations to govern scooters. Additionally, riders often ignore rules that are supposed to keep scooters off sidewalks.

The Columbus ordinance is designed so that doesn't happen. It reads: "The City desires to attract new and innovative businesses to the community as well as provide the appropriate regulatory framework in which those businesses may operate to ensure public safety."

City Council member Tom Dell says a scooter ordinance could be ready late in the year.

Meanwhile, the council is also looking at pedal cabs or "pedal pubs" as they are sometimes called.

Dell says one pedal cab owner is interested in operating in Columbus and could be approved by the council at the July 15 meeting.

Here are some other key points governing peddle cabs in the ordinance:

Pedal cabs typically have room for about 12 riders. Dell says the proposed Columbus pedal cab would not sell alcohol on board, but would allow riders to bring their own drinks with them.