Scott County HIV outbreak: How did it happen and where does it stand? 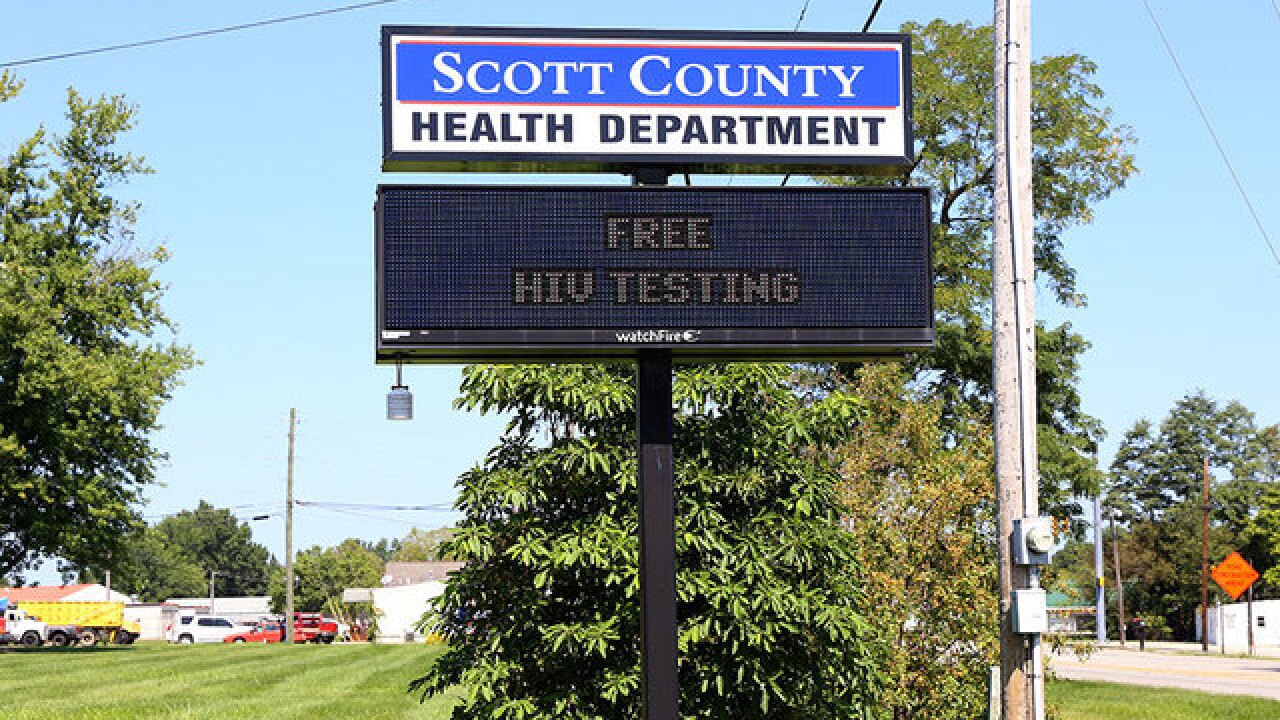 This investigation and more originally published on WCPO.com, our Scripps Sister Station's website.

AUSTIN, Ind. -- The rural community of Scott County, approximately an hour and a half south of Indianapolis, made international news when public health officials discovered an HIV outbreak the likes of which nobody had ever seen.

Scores of intravenous drug users in the county's tiny city of Austin got the virus that causes AIDS from sharing and re-using dirty needles, cotton and cookers. Since the start of the outbreak, 210 people in Scott County have been diagnosed with HIV, and most are concentrated in Austin, which has a population of fewer than 2,500. Nearly 95 percent of the infected also have hepatitis C.

News of the HIV outbreak in Scott County broke in early 2015. The sparsely staffed health department there had never handled HIV cases before then. Instead, the regional Sexually Transmitted Diseases Department in Clark County had handled all cases of HIV. The system made sense at the time.

But the Clark County department detected an alarming spike. A pregnant woman who was an IV drug user had a routine HIV test at a local hospital that came up positive. Everyone in her household got tested as a result, and all of them were HIV positive, too.

"Since needles were not available at all at that point, everybody shared with everybody," Combs said. "It was insane what people would do."

An opioid pain medication called Opana was the drug of choice in Scott County. People abusing the powerful painkiller typically crushed it, mixed it with liquid and then injected it.

The IV drug use wasn't a surprise to public health officials. Rates of hepatitis C had been on the rise in Scott County for years, and everyone assumed that was linked to IV drugs, Combs said.

But HIV was something else.

"You look in Scott County, and we have people in their young 20s being diagnosed," said Dr. Jerome Adams, Indiana's state health commissioner.

It has been more than 30 years since a 13-year-old Indiana boy named Ryan White was diagnosed with AIDS following a blood transfusion. He became the face of the devastating disease in the 1980s and inspired the federal 1990 Ryan White Comprehensive AIDS Resources Emergency Act.

But all that happened before many of the young people infected in Scott County were even born. The public there thought of HIV and AIDS as sexually transmitted diseases, spread mostly by men having unprotected sex with other men.

"We had to educate a whole generation of folks from the ground up," Adams said. "What HIV is, what the risk factors are."

Health care providers in Scott County had to educate themselves, too. Not about HIV, but about addiction and the measures they needed to put in place to try to stop the spread of the virus in the community.

"Everything happened so quickly," Combs said. "The state department of health called in preparedness teams like when a tornado happens. Because this was a disaster."

The turning point happened a couple of months into the outbreak when Vice President-elect Mike Pence, Indiana's conservative Republican governor, signed an executive order that allowed Scott County to start a needle exchange.

Combs was skeptical of the approach at first.

"Even as a nurse, I didn't understand substance abuse the way I should have," she said. "Even we at the health department were like, 'we're not going to do that -- that's enabling users.'"

Combs said after studying the research she realized that the needle exchange was her hometown's best hope.

Once the exchange began, it opened her eyes to how widespread IV drug use had become. She recalled one of the early days of the exchange when she helped a 20-something young man who was waiting at the health department with his mother and grandmother.

"He looked over at his mother and said, 'Hey Mom, what size needle do we like?'" she said. That's when Combs realized they all shot up opioids together. "It's so multi-generational."

Help in Scott County also has come in other forms.

Social worker Michelle Korty received a grant to try to reduce the further spread of HIV by providing counseling to women in recovery and those who are sex workers. The women are regularly tested for HIV, and Korty and the colleague who runs the program with her make sure any of them who aren't infected are taking PReP, or Pre-Exposure Prophylaxis. That's the daily use of anti-HIV medication to reduce the chances that people at high risk of getting HIV will become infected.

For those who are infected, the virus has been "a wakeup call," said Korty, who operates a counseling center called A Place to Be. Many of the women in recovery and sex workers she counsels became homeless after they were diagnosed, she said, because the people they were living with didn't want HIV in the household.

"These are women who have lost everything, including their children, who have been lost to the system," Korty said. "You have to deal with that, the grief and the loss that all of the drugs took care of before."

Scott County doesn't have any homeless shelters, Korty said. So losing a place to stay often means sleeping outside.

Michael McIntosh knows all about that.

He lived on the street after he got out of prison in May. McIntosh became addicted to opioids years ago after six of the discs in his back were crushed in a bad car wreck.

He got an Oxycontin prescription for the pain and couldn't get enough of it. Eventually he started shooting up Opana and then got hooked on heroin. The addiction cost him his job, his marriage and his kids. After prison, he walked the streets day and night, searching for his next high.

"There's a few times that they found me in a ditch face down because I was so high," he said.

Life turned around for McIntosh when he wandered into Food 4 R Souls at Church of the New Covenant in Austin. Each week volunteers there serve up a warm welcome and a hot meal to anyone who walks through the door.

"They didn't see you as you're strung out, you're this drug addict, this worthless human being, like most people do," McIntosh said.

McIntosh was so moved that he asked Assistant Pastor Paul Thomas to pray with him one evening and was baptized that same night.

"The stronger I've built my faith, it's like my body is healing itself," he said. "The walk with God has just been so incredible."

McIntosh said he had been off opioids and the needle for two months when he talked with WCPO. And despite years of IV drug use, he had never come up positive for HIV in all the times he was tested.

Still, he has plenty of friends in Austin who have HIV. They're so addicted to the drugs and the needle, he said they figure the disease is part of the deal.

He says that because he has been there. He knows the powerful pull that opioids can have and how difficult it can be to walk away from the drugs that make the pain go away.

The community now has recovery groups that meet every night of the week. Before the HIV outbreak, the county didn't have any support groups for people trying to beat their addictions, said Lori Croasdell, coordinator for the Coalition to Eliminate the Abuse of Substances of Scott County.

Scott County and its 24,000 residents remain divided. Many in the more affluent city of Scottsburg see the HIV outbreak as an Austin problem, she said.

"Nothing could be further from the truth," Croasdell said. "This is a struggle our entire county has."

The community has been worn down by the negative publicity. She said business leaders have asked her to stop talking so much about the HIV problem "because it's just killing business."

That's a concern for State Rep. Terry Goodin, a democrat from Austin.

"As Scott County moves forward, it's tough as businesses look at an area to move into with corporations or factories," Goodin said. "It's tough for those folks to look at an area of heartache and say, 'we're going to go there.'"

But that's exactly what state economic development officials must encourage for the community to heal, he said.

A lack of jobs and hope made Austin ripe for IV drug use to start with, and the problem spread quietly for years.

"It just crept so slow and so long. It's kind of like that dandelion that grows up in your yard," Goodin said. "The first day you see it. But then, after a while, you don't necessarily see it anymore."

Perhaps the scariest part, though, is that the same risk factors that led to Scott County's HIV outbreak are common in communities across the country.

"People often ask me what's unique about Scott County," said Adams, the Indiana health commissioner. "I tell them, 'Absolutely nothing.'"

Read the full investigation on WCPO.com