Scouts and Kroger putting food on the tables of needy Hoosiers 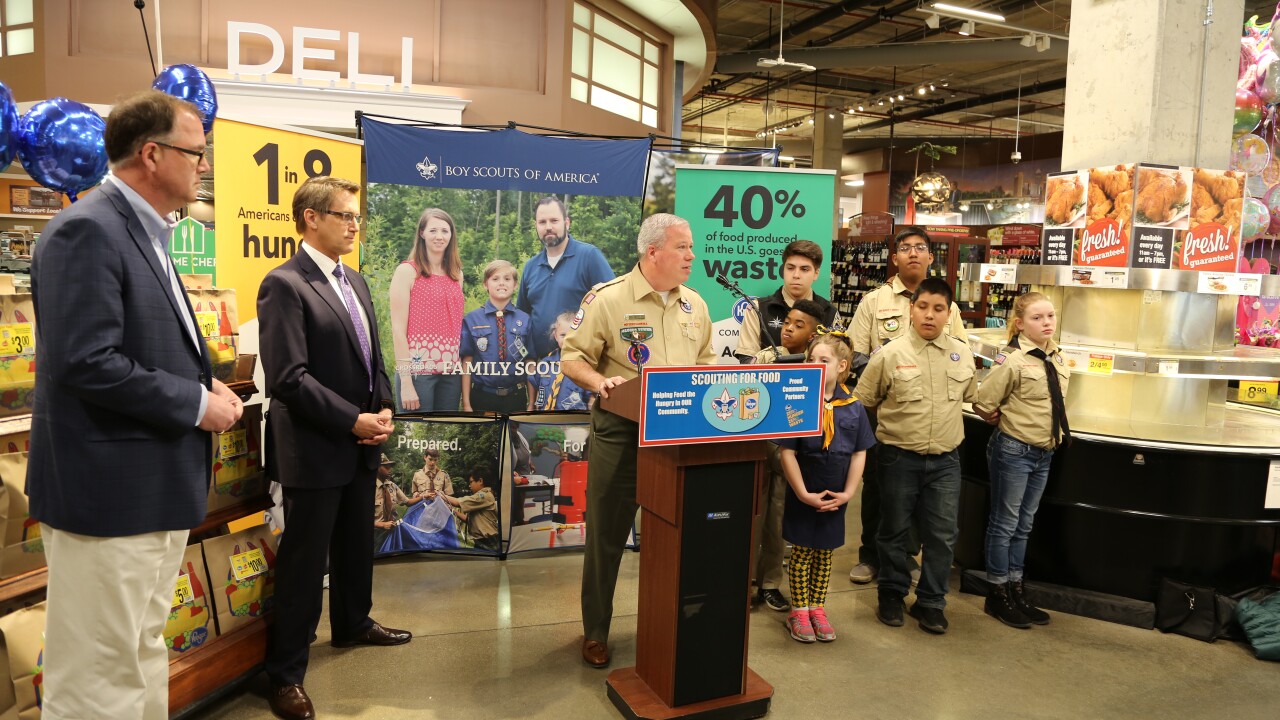 INDIANAPOLIS—Central Indiana Boy Scouts and Kroger are teaming up to fight hunger.

The 30th annual food drive is called "Scouting for Food," and it's going on until April 20th, the day before Easter.

"We know that meals matter. Families who enjoy meals together have children who do better in every aspect of their lives," said Kroger Central Division President Pam Matthews. "We also know that many Hoosier families don't know where they will find their next meal. So, this drive is an important element of our Zero Hunger, Zero Waste commitment to end hunger in Kroger communities."

In 2018, shoppers made cash donations of more than $23,000 and enough food was collected for tens-of-thousands meals to needy families.

"Now through Saturday, April 20th, you will see Scouts placing bags on porches for food collection, and at your local Kroger stores, encouraging people to "Do a Good Turn' and donate food or cash," said Scout Executive/CEO Joe Wiltrout.

Much of the food will go to Gleaners Food Bank. "One of the best aspects of this program is seeing the involvement of young people in community service and philanthropy," said Gleaners John Elliott.

Scouting for Food kicked off Tuesday at the downtown Indianapolis Kroger on West Michigan Street.