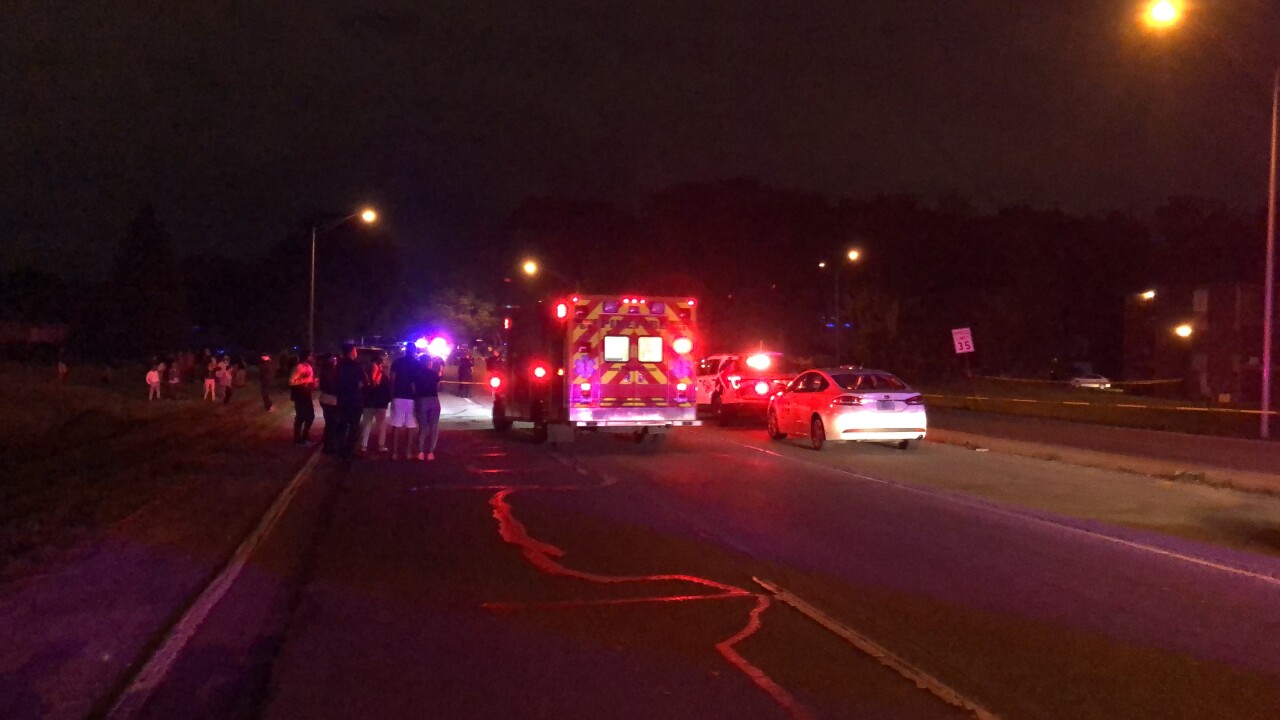 Andrew Smith/RTV6 Photo
Three juveniles were struck and killed on Saturday, May 23, 2020, on the northeast side of Indianapolis. The incident is still under investigation.

INDIANAPOLIS — Three teenagers were struck and killed in a crash early Saturday morning on Indianapolis' northwest side, according to the Indianapolis Metropolitan Police Department.

It happened around 1:20 a.m. on West Kessler Boulevard North Drive at Nobscot Drive. That's just south of where Kessler crosses over Interstate 65.

The teens were walking near an apartment complex when they were struck in the crash, IMPD Officer Genae Cook said.

Three motorists were driving south on West Kessler Boulevard North Drive when they collided and lost control as they drove over 38th Street, IMPD Capt. Robert Trout said. One car crossed the median and hit at least one parked car and another car struck the juveniles walking.

The identities of the teenagers have not been released.

At least one person in one of the cars had complaints of minor pain, Cook said.

Indianapolis Metropolitan Police Department officers were at the scene quickly and closed Kessler off.

At this time, detectives are interviewing witnesses and trying to determine what happened. Police said all the vehicles and drivers involved in the crash have been located and all drivers submitted to toxicology requests.

Purpose of Life Ministries Rev. David W. Greene said in a statement his church has advocated for a sidewalk in the area of the crash on Kessler Boulevard.

Also, with the changes that IndyGo are making with their routes, there will be even more pedestrian traffic on Kessler. The community needs a sidewalk or trail that connects with the existing trail at 30th and Kessler. These young people did not have to die and create additional trauma in the community.