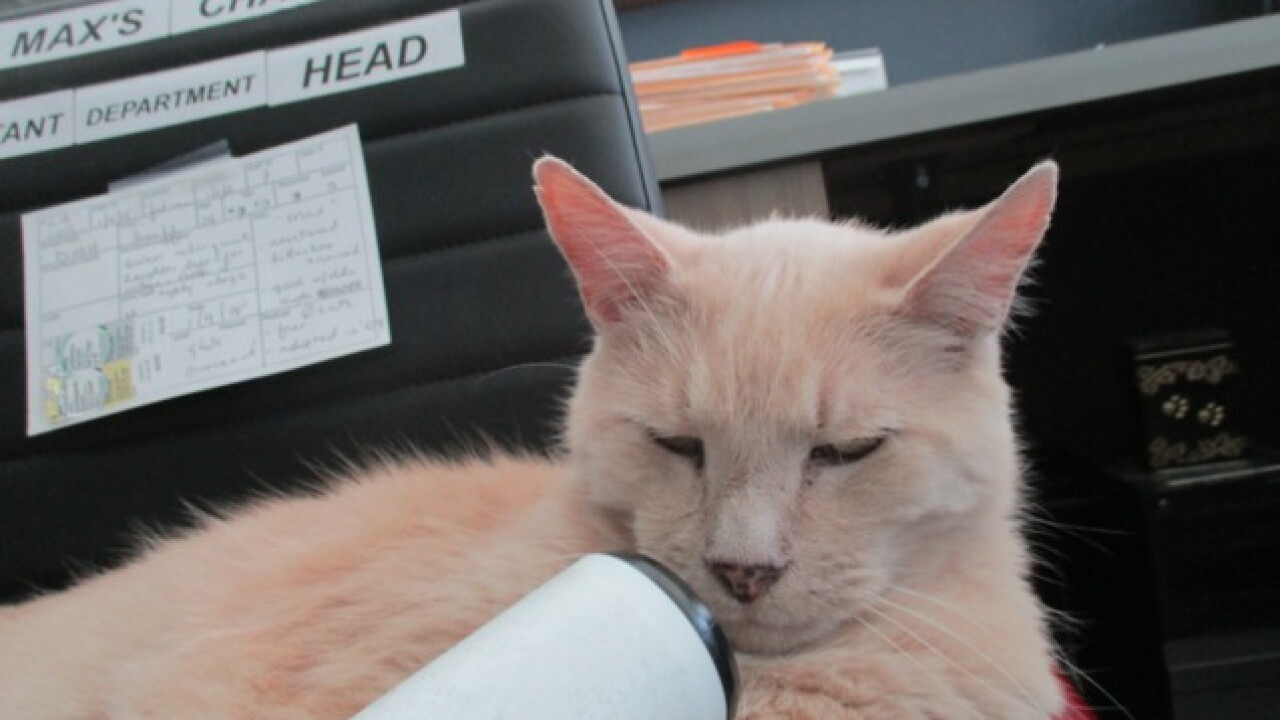 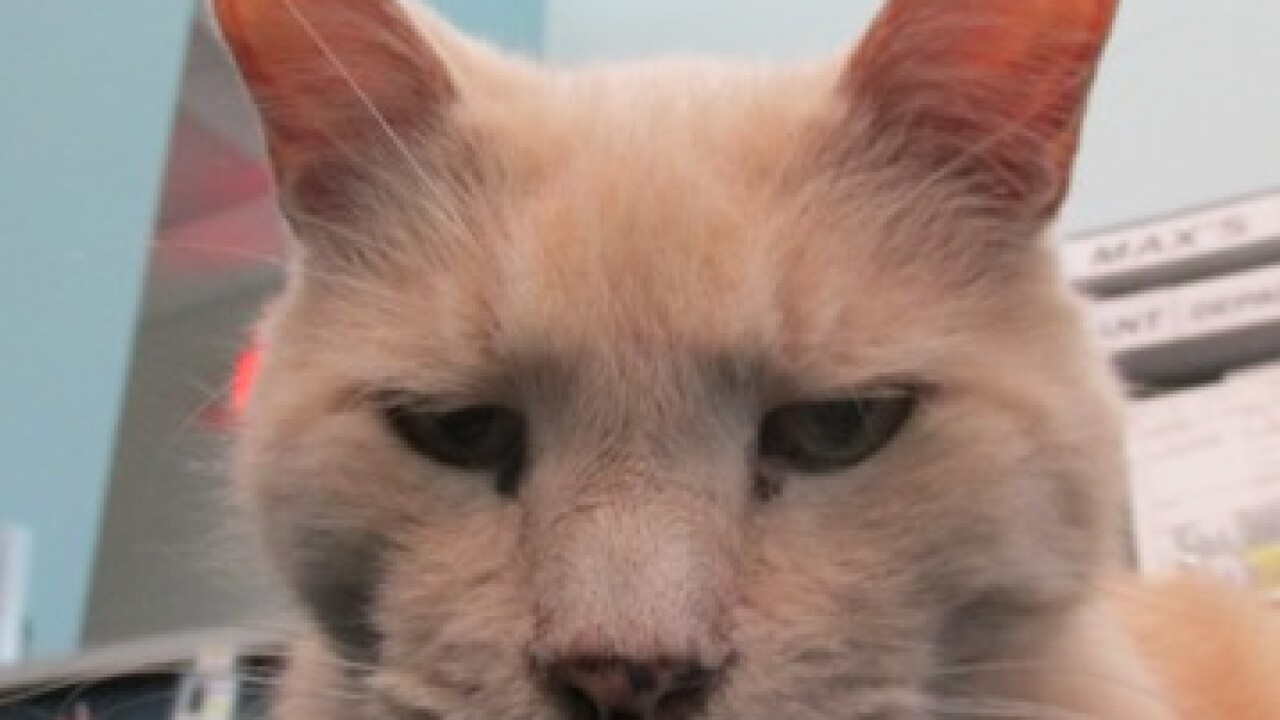 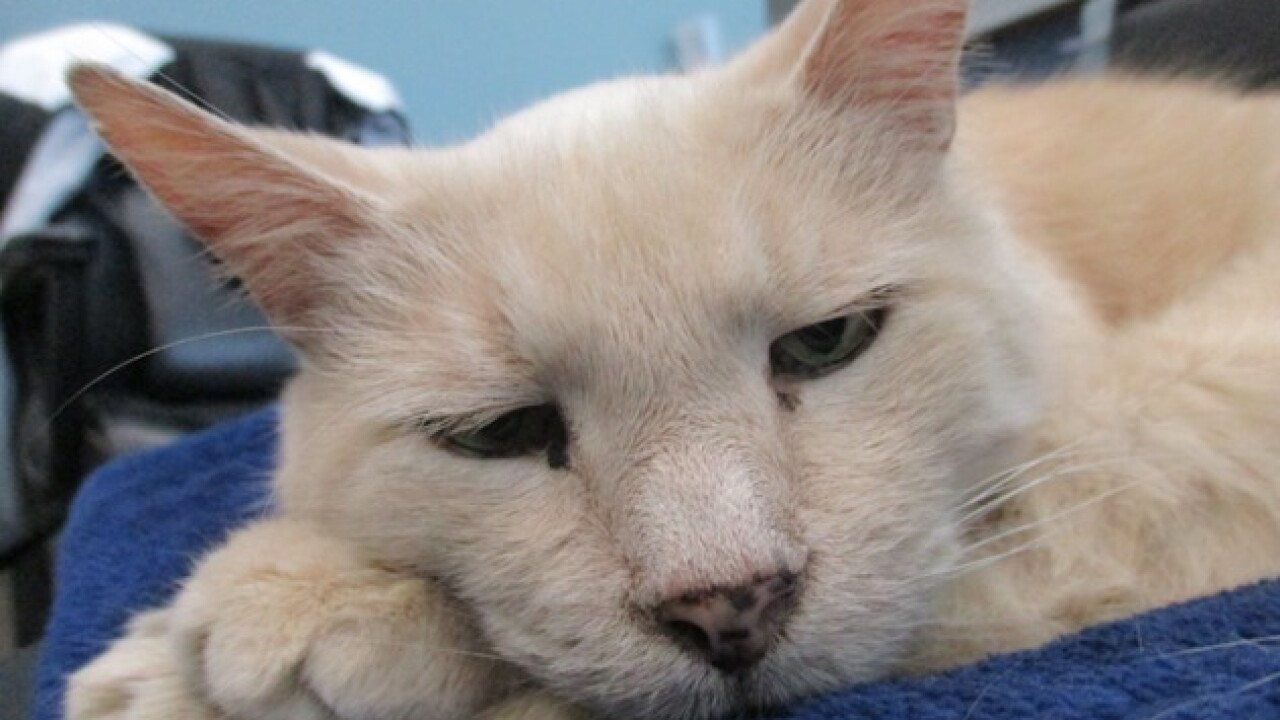 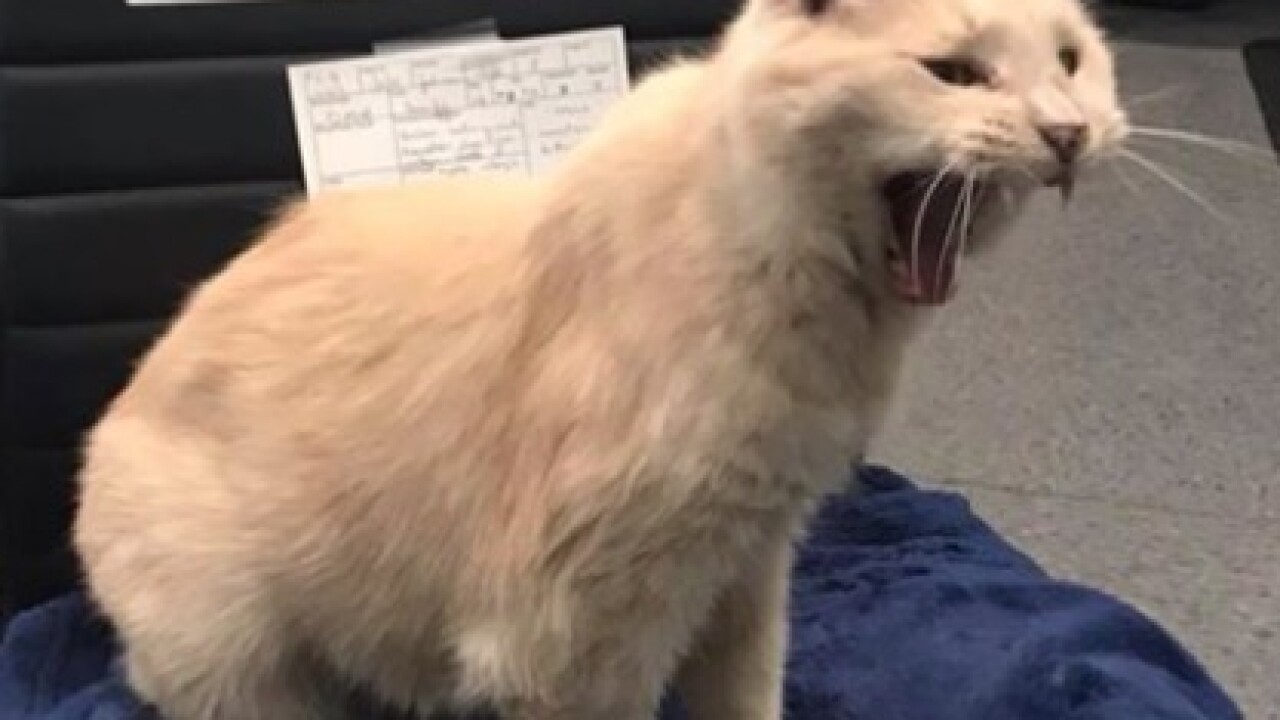 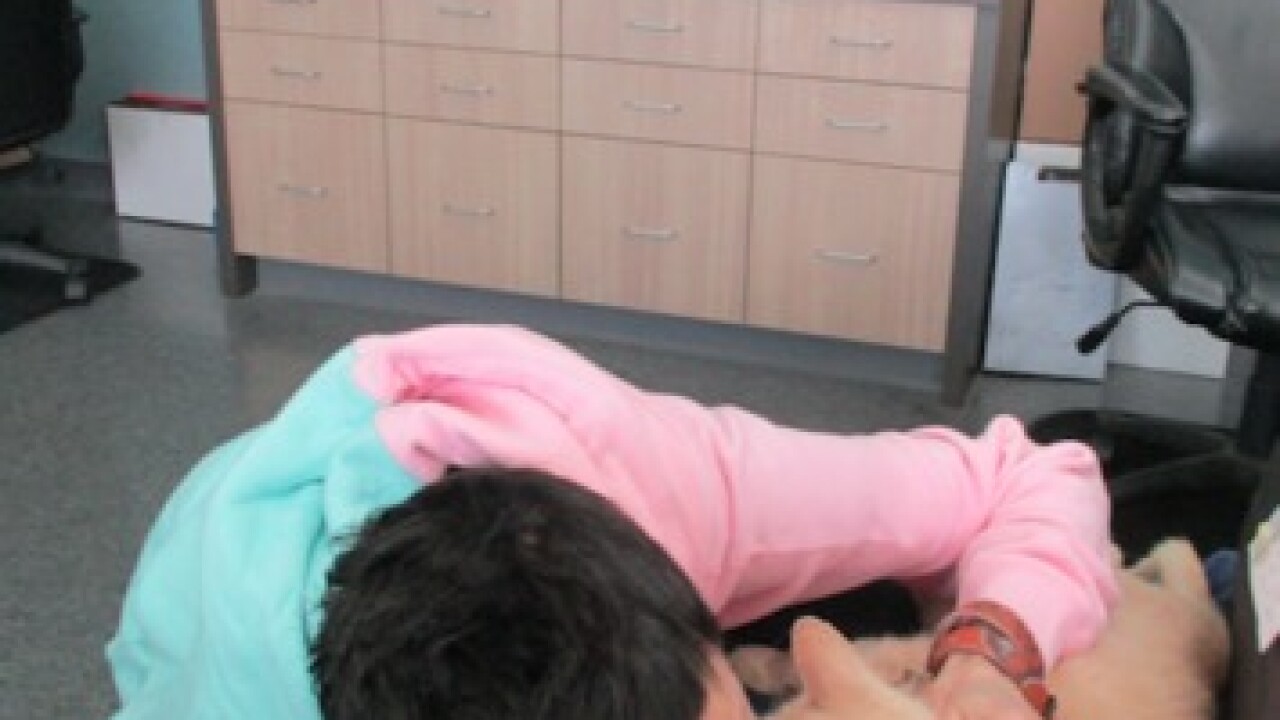 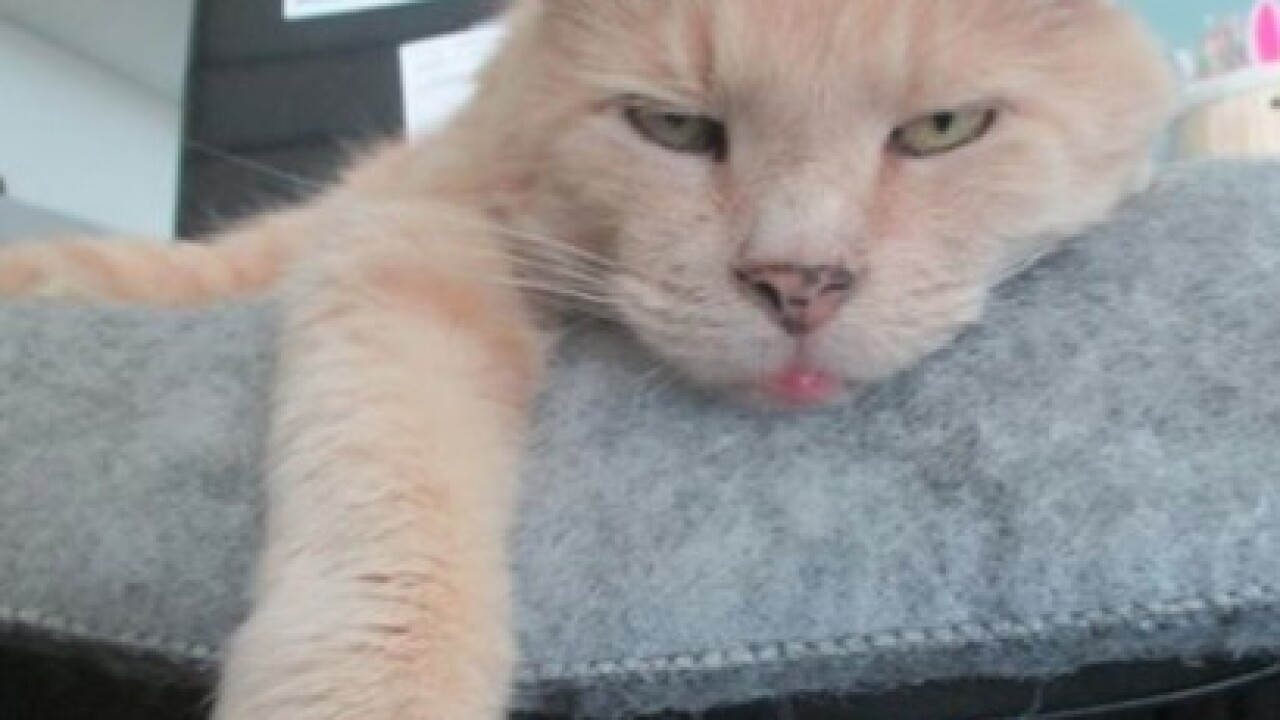 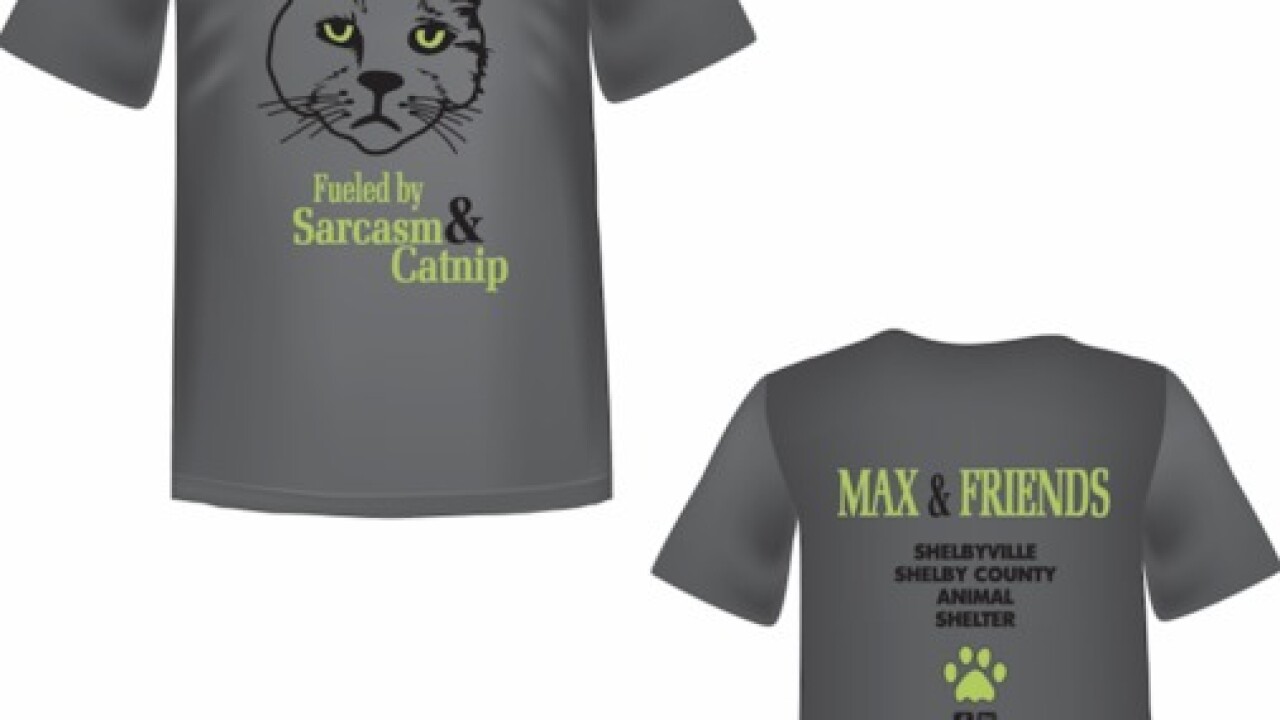 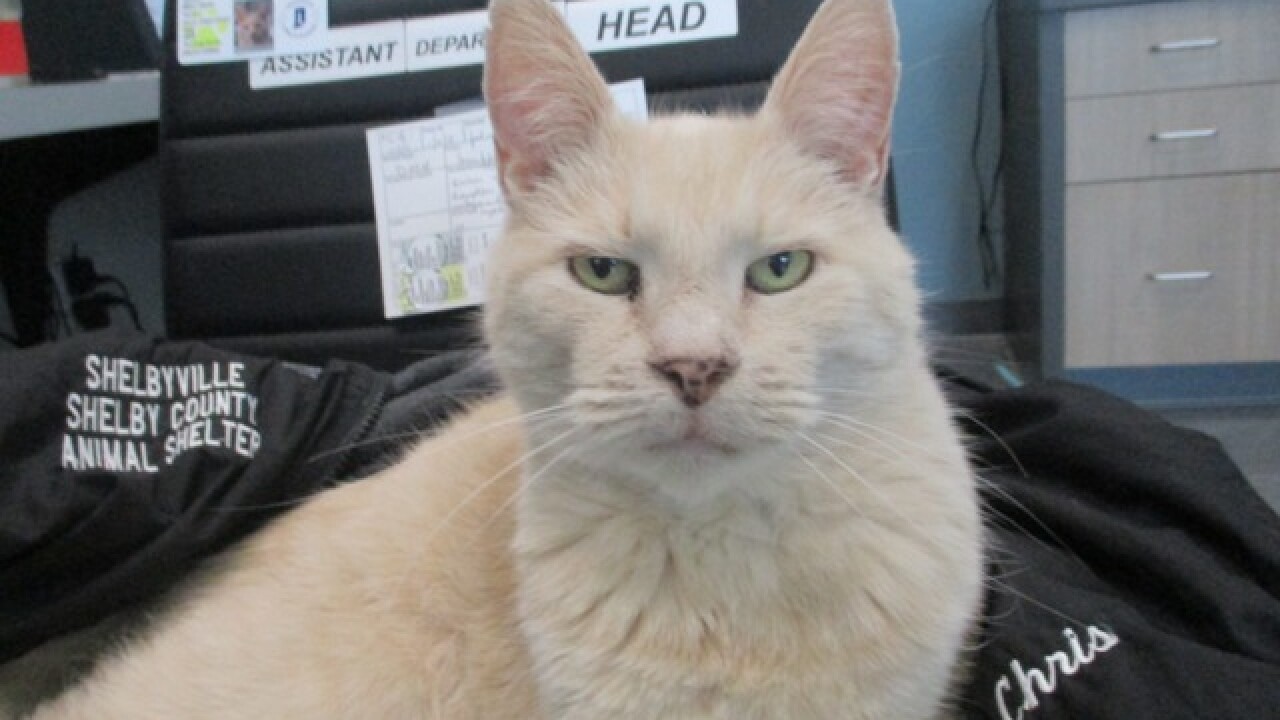 SHELBYVILLE, Ind. -- He may not be who you would imagine when you think of a local celebrity, but in Shelbyville Max Dyar has quite the fan club.

“I have noticed if I don’t post something about Max after several days, his club starts missing him and his daily antics,” Chris Browder, with the Shelbyville/Shelby County Animal Shelter said.

Max is just your typical cat, but Browder says he resembles a bobcat with his expressions. On the shelter’s Facebook page Browder posts weekly pictures, gaining several likes and shares by Max's loyal fans. Many of those posts include a sarcastic saying that fits perfectly with Max’s expression.

His popularity started when Browder was trying to get him adopted. Each day she would take photos of him, posting them to Facebook.

“He was starting to get fans from all over. A woman from Bloomington named Susan sent a card along with a check that started his love for Susan,” Browder said.

In 2004 Max was adopted from the shelter, but he was relinquished back to the shelter earlier this year. “We tried to adopt him out, but all along he decided our shelter was home. If anyone came to meet him, he would act up,” Browder said.

Max now lives at the shelter full time. “I did an adoption where Max adopted the shelter staff,” Browder said.

“We understand his personality and allow him the “space” he needs when he is in one of those moods. He is definitely the king to he castle at the shelter,” she said.

His fan club is growing daily. They’ve even made t-shirts with Max’s famous face on the front. Each shirt costs $15 and can be picked up at the shelter.

The front of the shirts have a drawing of Max’s expression with the saying “Fueled by Sarcasm and Catnip" while the back will have Max & Friends at the Shelbyville/Shelby County Animal Shelter. The shelter is partnering with H20 Design for the t-shirt sales and fundraiser.

“When we started the t-shirt design and order Max didn't have the following he does now,” Browder said. She expects more orders following the first round of orders already placed.

Browder says the shelter has the funds from donations and fundraisers it needs to take care of Max. The shelter also did a silent auction with four pictures of Max to use the money for vet care for him and other pets.

“As soon as the auction started I got a bid of $200! As each person that arrived to pick up their picture, we took his picture with them! I also numbered the pictures like "1/4" to make it more prestigious!” Browder said.