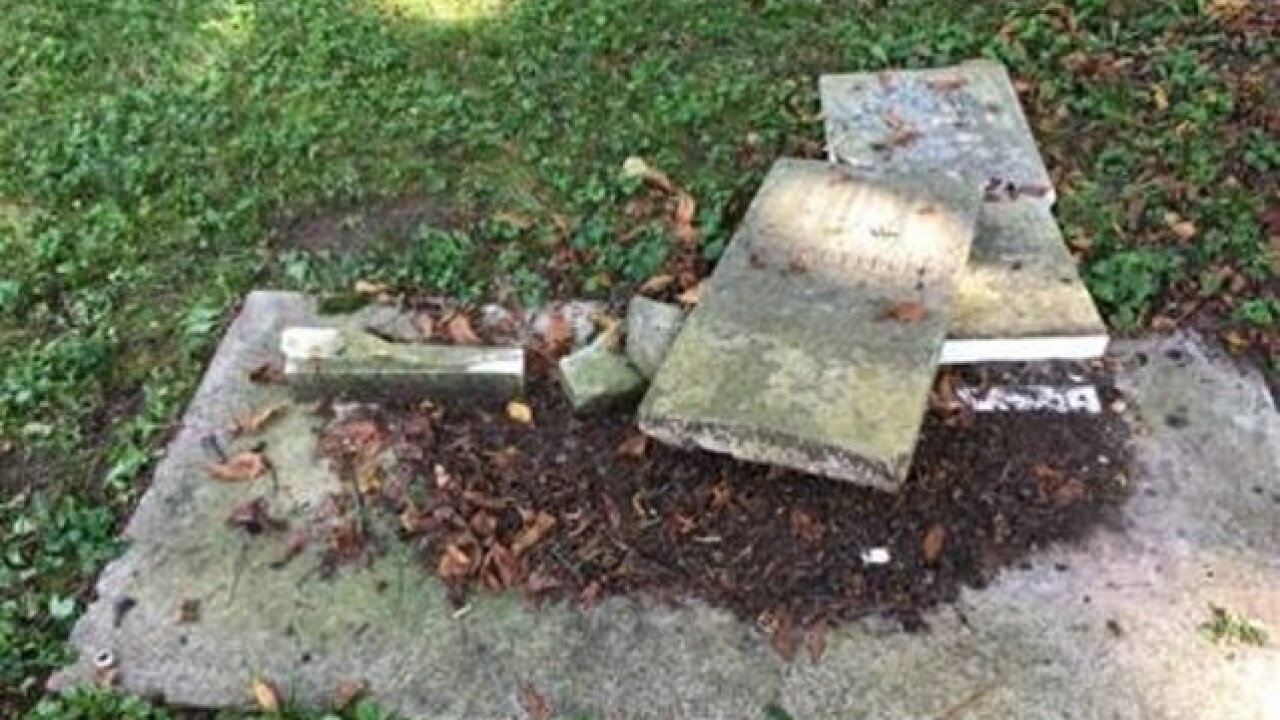 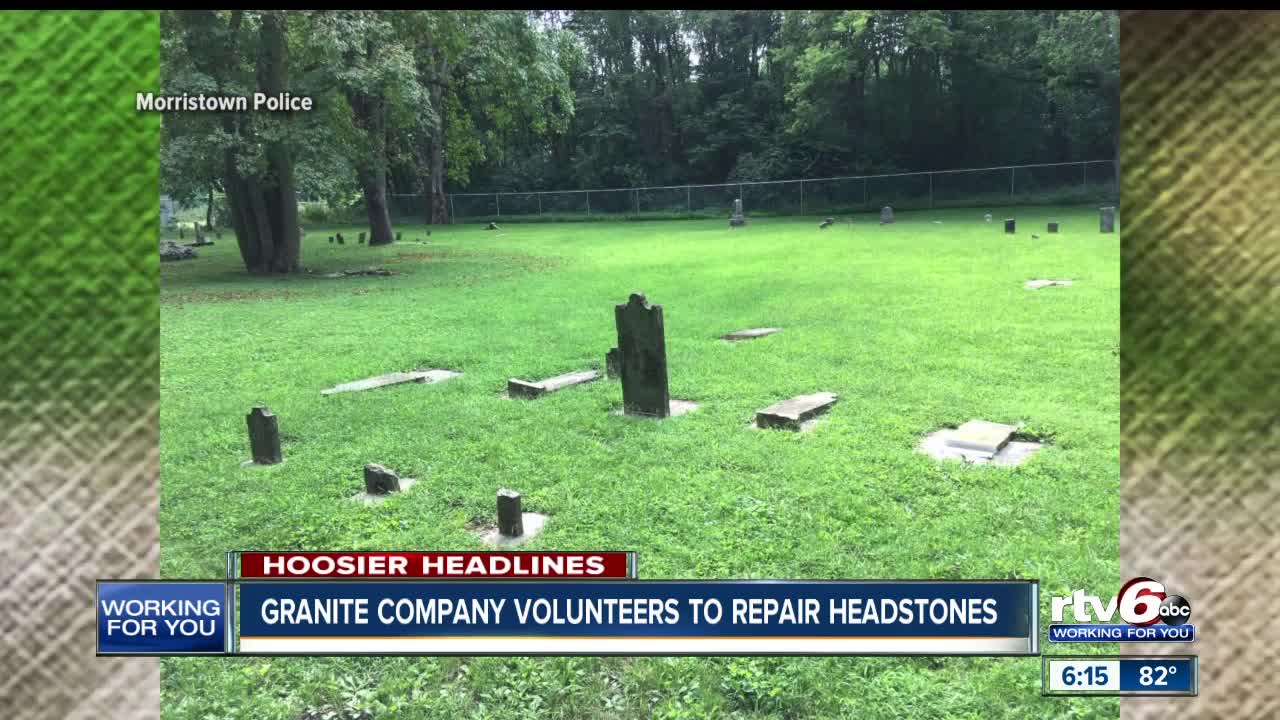 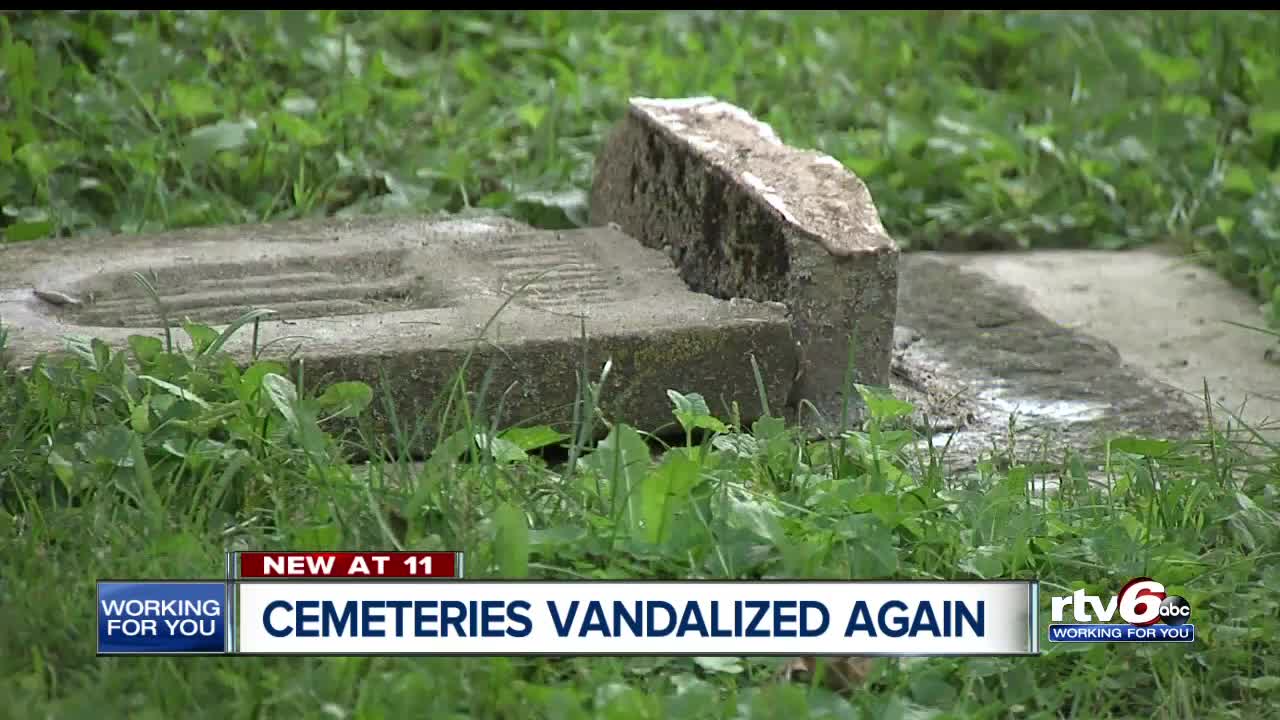 MORRISTOWN, Ind. -- A juvenile was arrested Tuesday in connection with the damage to nearly two dozen tombstones at a Morristown cemetery.

The graves in the Davis Cemetery date back as far as the early 1800s.

Morristown police found the damage over the weekend, but they believe it happened sometime between Aug. 5 and Aug. 12.

A caretaker told police that 22 headstones had been pushed over, broken or damaged.

Greenfield Granite is donating their services to make the repairs, which could take several days to complete.

Anyone with information about the crime or who may have committed it should contact the Morristown Police Department at 317-398-6661.