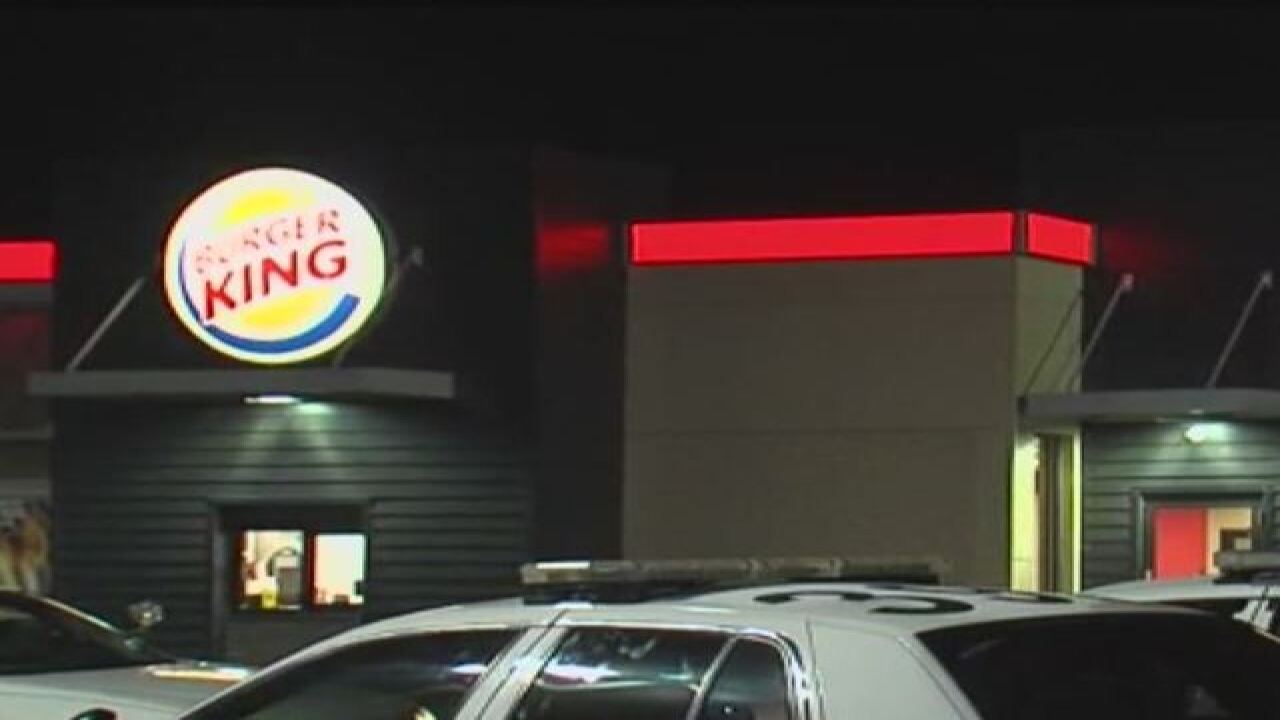 INDIANAPOLIS -- Two adults and three juveniles arrested for a late Wednesday night attempted robbery at a Burger King on the city's west side are believed to have committed or attempted up to nine robberies in the past three days.

Major Richard Riddle with the Indianapolis Metropolitan Police Department said the suspects are believed to have been involved in robberies of multiple gas stations, a Family Dollar and a convenience store, spread across the city of Indianapolis and Plainfield.

The most recent attempted robbery of the Burger King located on Washington Street at 10:30 p.m. involved an exchange of gunfire between a customer in the restaurant and the suspects.

The man who shot at the suspects has a concealed carry license.

The suspects left the scene in a vehicle matching a description from the earlier robberies.

Police stopped a vehicle on Kessler Avenue that matched that description. There were two adults and three juveniles in the vehicle. Police arrested all five persons and preliminarily charged them with robbery.

The two adults are Antonio Cowherd and Mikel Kendrick, both 19 years old. The juveniles have not been identified due to their age.

The customer who exchanged gunfire with the suspects will not face charges.

IMPD says the investigation is still ongoing while they compare the suspects' images with descriptions at all of the other locations they are believed to have robbed in that three-day span.

You can see a list of the robberies the suspects are believed to have been involved in below: