Six injured in two-car crash on Indianapolis' northeast side 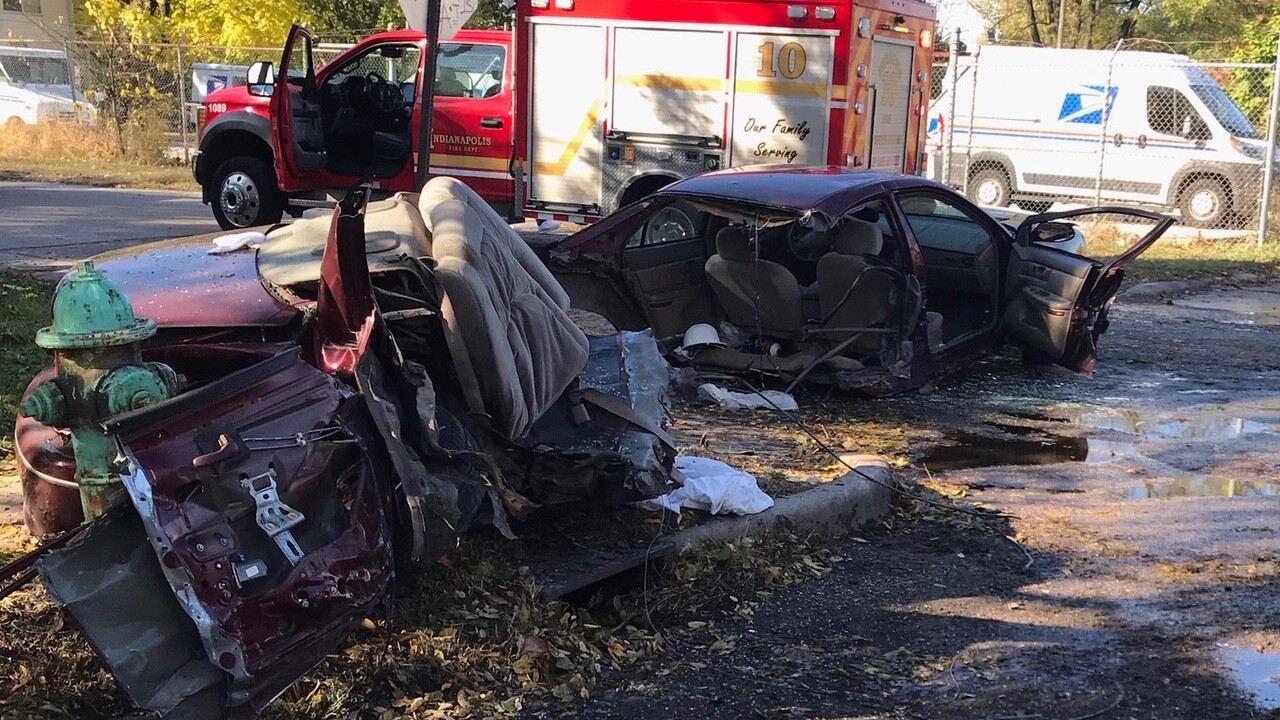 INDIANAPOLIS — Six people were injured in a crash Sunday afternoon on the northeast side of Indianapolis.

The crash was caused after a car pulled in font of another car, hit the car, T-boned, and split in half, Reith said. Indianapolis Metropolitan Police Department investigators are still working to determine what happened.