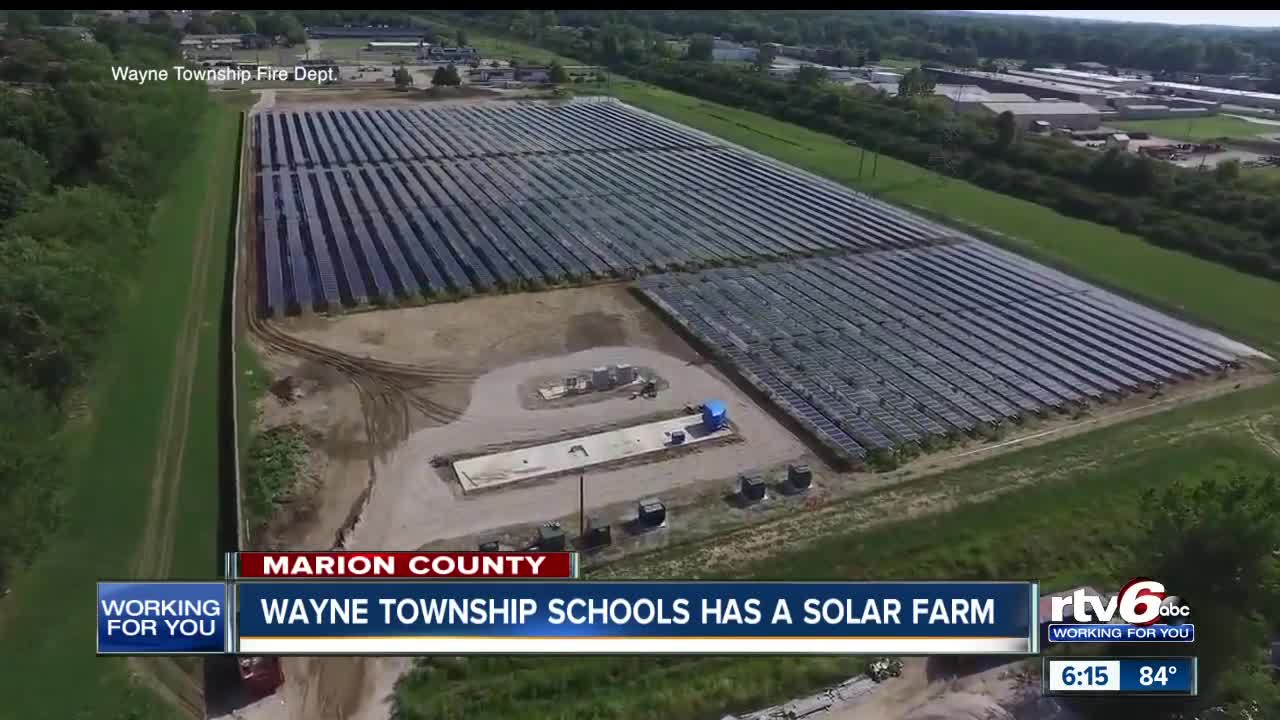 WAYNE TWP. — A new effort to harness the sun and turn it into energy is coming to the Hamilton Southeastern school district.

Wednesday was the ceremonial flipping of the switch for the solar array at Sand Creek Intermediate School. It will provide renewable energy for that school and Sand Creek Elementary.

There is another solar array at Hamilton Southeastern Intermediate and Junior High.

This project will also become part of the curriculum to introduce kids in K-12 to careers in the STEM, engineering, and renewable energy fields.

"They'll actually get hands-on learning on renewable energy," Bob Rice, HSE schools energy manager, said. "They have their rays here but we also have portable solar wagons so we can take a solar panel to each of the kids' classrooms  and they can actually see the panels, see the inverters, see the wiring, see how the sun produces energy."

It's estimated the solar arrays will save the district more than 300-thousand dollars a year in energy costs.   They are expected to be fully operational in a few weeks.

The district expects the solar farm to reduce its energy consumption by about 80 percent at the neighboring Ben Davis High School and 9th Grade Center.