Delivery drivers targeted by armed robbers on north side of Indianapolis 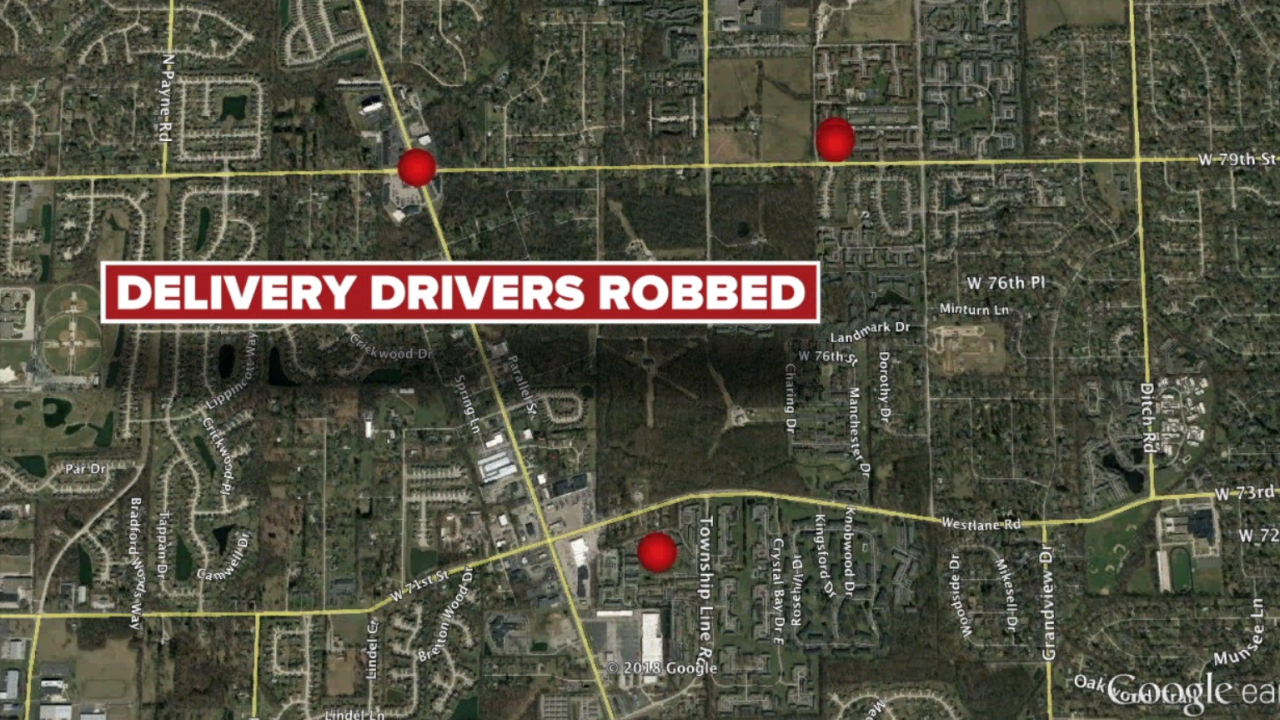 INDIANAPOLIS — At least four times in the last week, delivery drivers have been targeted by armed robbers on the city's north side, between 86th Street and 73rd Street.

One delivery driver, who we will not name for safety purposes, was robbed last week near 79th and Michigan. The driver was robbed while trying to deliver pizzas for the store located at 57th and Michigan Street.

The driver, who immigrated here from West Africa, has several jobs and works seven days a week.

According to the driver, two men walked over, one of them was armed with a gun.

"The guy have a gun and he said give me the pizzas and your phone," he said.

RTV6 reached out to Pizza Hut's corporate communications office to find out how they train their drivers to prepare for a robbery, but did not hear back.

"They say as soon as they put a gun just give the pizzas," the driver said.

This driver, who was also robbed six months ago, feels like he was well trained.

"Give what they need and they go," he said.

Katelyn Arnold saw police investigating on Sunday. She says her car and apartment have been broken into, and now she's planning to move.

"I think it’s really sad and if it’s reoccurring here, then I don’t think people should deliver here," Arnold said.

IMPD advises restaurants to let other nearby restaurants know when and where a robbery happens.

RTV6 asked IMPD for an interview regarding the delivery driver robberies and they informed up that this is an active investigation. no updates can be provided at this time.