Connor Surdi
Starbucks will begin to roll out new starwless lids to locations in six cities, including Indianapolis, in the summer of 2019. <i>Starbucks/Photo Provided</i> 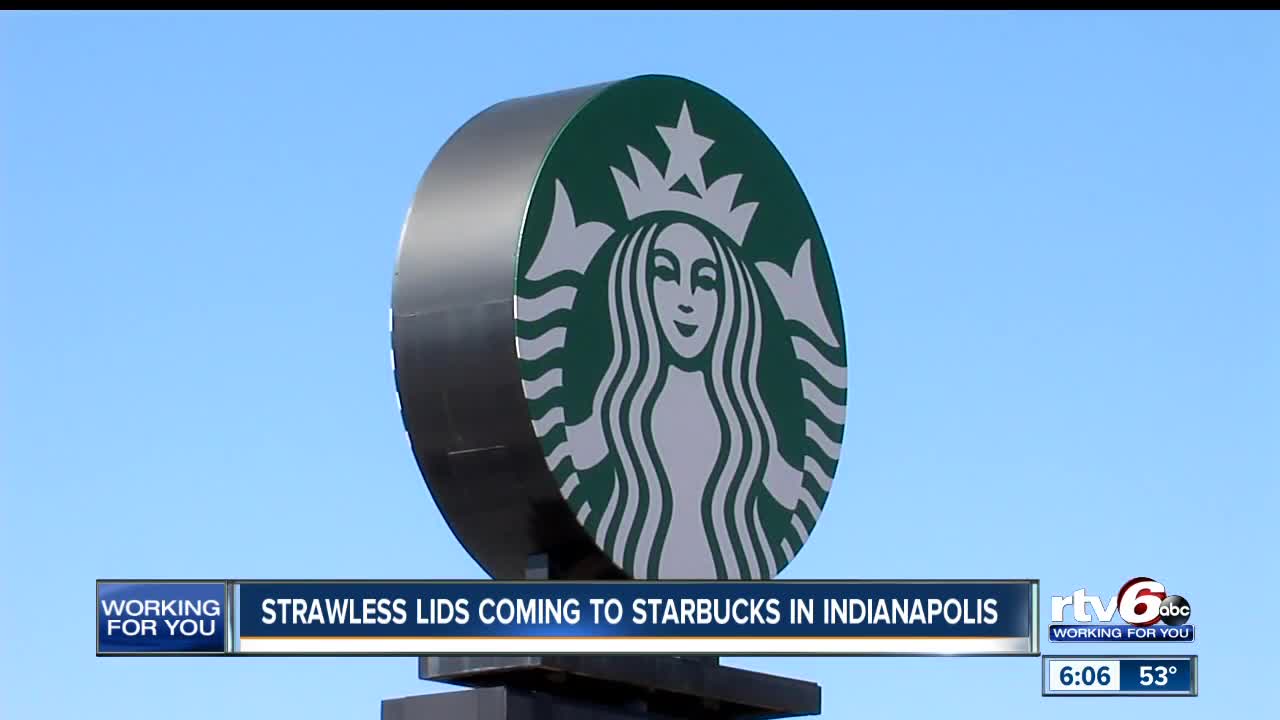 INDIANAPOLIS — Indianapolis will be one of six cities to start seeing strawless lids at Starbucks locations starting Monday.

Los Angeles, San Francisco, Seattle, Washington D.C., Indianapolis and Toronto locations were selected to start receiving the strawless lids this summer, according to a press release.

According to Starbucks, every Indianapolis location should officially be strawless by August 9.

These lids have 9 percent less plastic than the current lids and straws, according to the press release.

“It is with great intention that we move forward with highly collaborative and innovative work to bring both recyclable and compostable cups to scale around the world,” Kevin Johnson, president and CEO of Starbucks said in a press release. “We are reimagining the future for Starbucks, and for the more than 30,000 communities we serve each day, with a great sense of responsibility for a more sustainable planet.”

All Starbucks stores in the U.S. and Canada will have strawless lids starting next year, according to the press release.

Straws will be available, upon request, for those who need them.