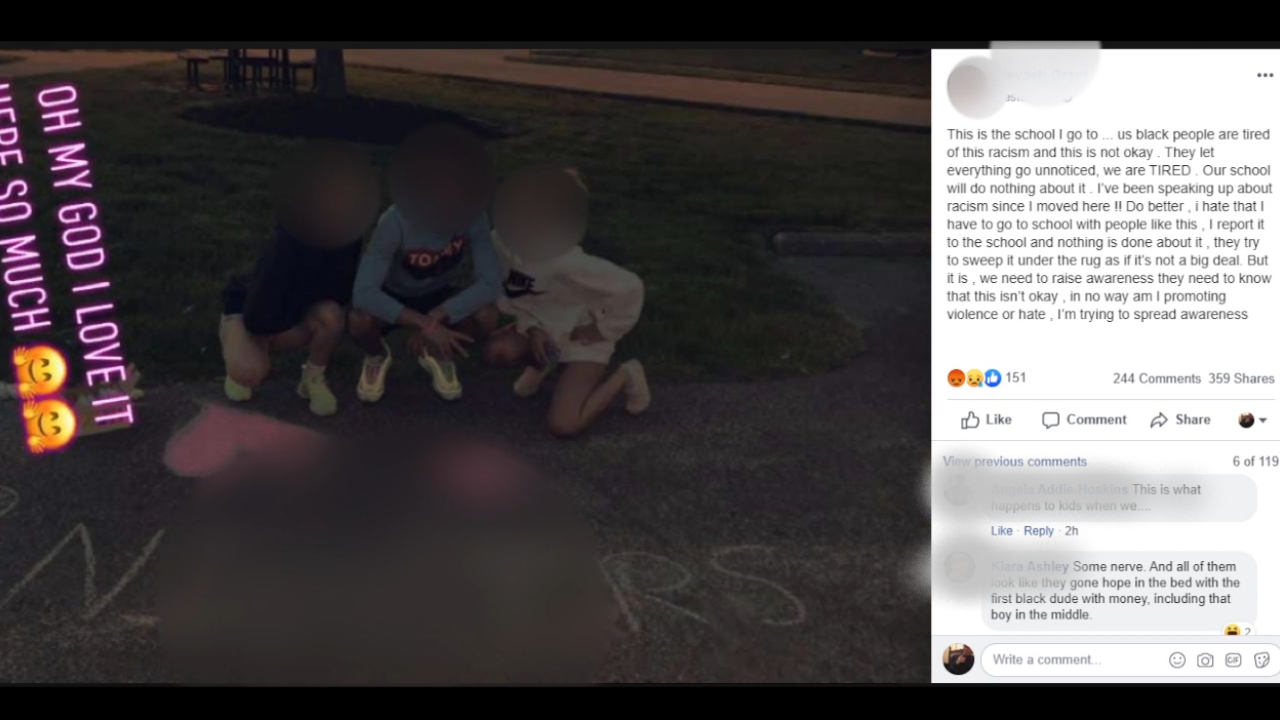 BROWNSBURG — A photo of three teens posing in front of a chalk-written racial slur is causing a stir in Brownsburg and the school corporation says their students involved will be dealt with in a "swift and appropriate" manner.

At least one of the students pictured in the image, which has been making its way across social media, attends a Brownsburg Community School Corporation school.

The image shows three teens kneeling behind the n-word written in what appears to be colored chalk. The identity of the students in the photo or the schools they attend is not being released.

The Brownsburg Community School Corporation released the following statement after receiving complaints about the image:

"Brownsburg Community School Corporation is aware of this social media post involving two BHS students. This type of behavior is disappointing, insensitive, offensive, not acceptable, and not representative of our community or our students. We have identified these individuals and are moving forward with swift and appropriate discipline."

A spokesperson for Brownsburg schools says the photo was not taken on school property, but students sign an acceptable use policy each year. Varioius activities through the school also include codes of conduct that students are expected to follow in and out of school.

The school system does not release student discipline information.