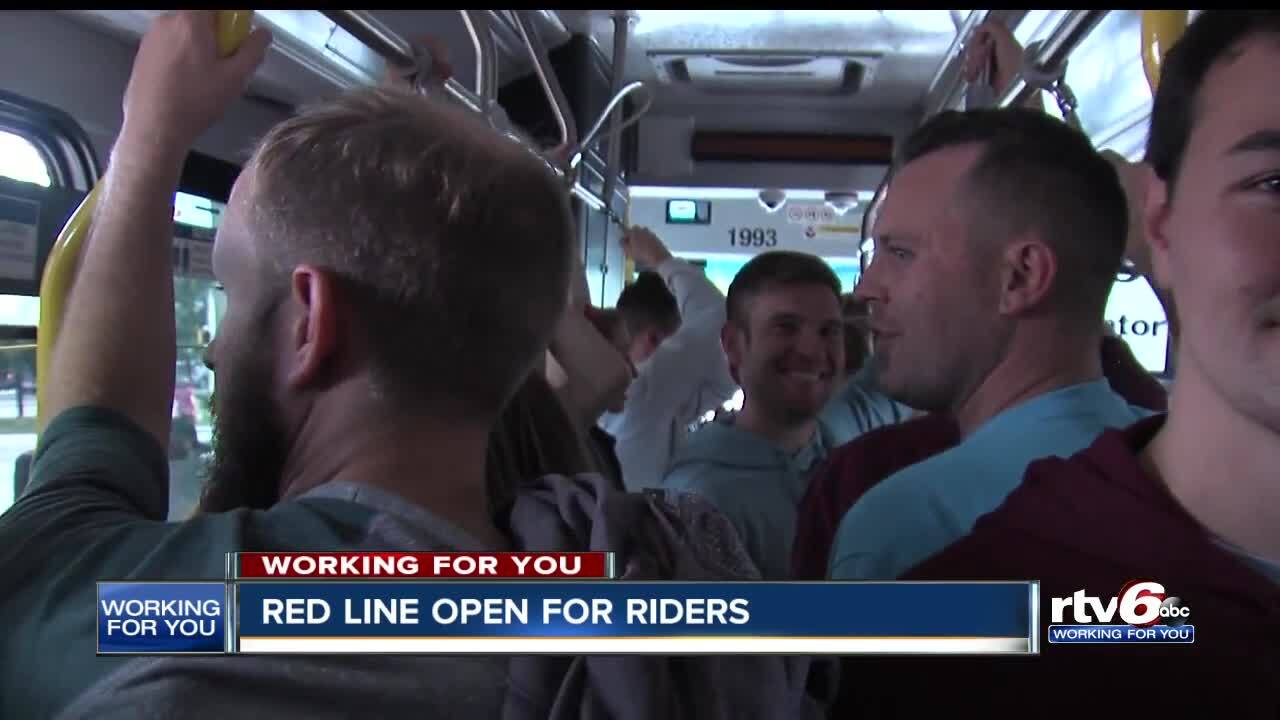 The city's first mass transit bus route connects the Broad Ripple area with the south side, near the University of Indianapolis, and began service on September 1.

"We are thrilled to see such a positive response to the Red Line launch", said Juan Gonzalez, IndyGo board chairman. "These early ridership numbers send a clear signal that there is interest and demand for frequent, reliable transit service."

There have been hiccups, including buses running too close together. "Over the next few weeks, passengers will see continuous improvements and more equal spacing between buses," said IndyGo Chief Operating Officer Roscoe Brown.

There are also two important changes passengers need to be aware of.

Red Line buses have been stopping at all stations along the route, even when no one is getting on or off. That will change. Passengers are now asked to pull the cord inside the bus to signal that a stop is requested, otherwise the bus may not stop if the driver sees an empty station ahead.

Additionally, IndyGo says rider safety is behind a new policy that limits the number of bikes on a bus to two at a time.

The Red Line is free to all riders through the end of September. The rest of the routes on the IndyGo system will be free through this Saturday, September 14.