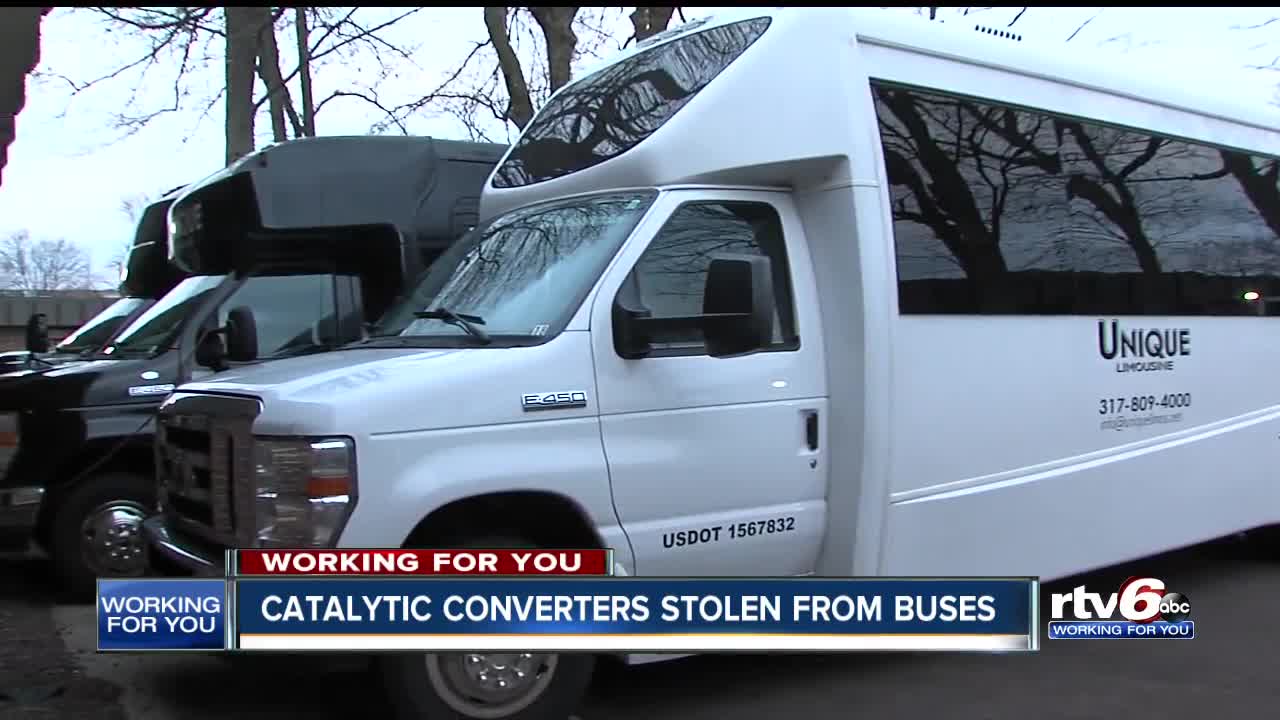 An Indianapolis limo and bus company has to replace expensive catalytic converters in their vehicles, after thieves made off with them

For the third time in three years, 'Unique Limousine and Shuttle Service' has been visited by thieves, each time stealing parts from vehicles.

Courtney Zell is a driver for the company and says this time the suspected thieves took parts from three of the company's luxury buses.

Zell says two of buses have gas engines and the third is diesel. The gas buses are now extremely loud and the diesel bus won't run for longer than 15 seconds. That now adds a tow cost to an already hefty bill. With the parts stolen from the buses, the vehicles have to be taken off the road.

"Catalytic converters help silence the running vehicles and with a limousine service its all about luxury and nobody wants to get into a bus that loud," Zell said.