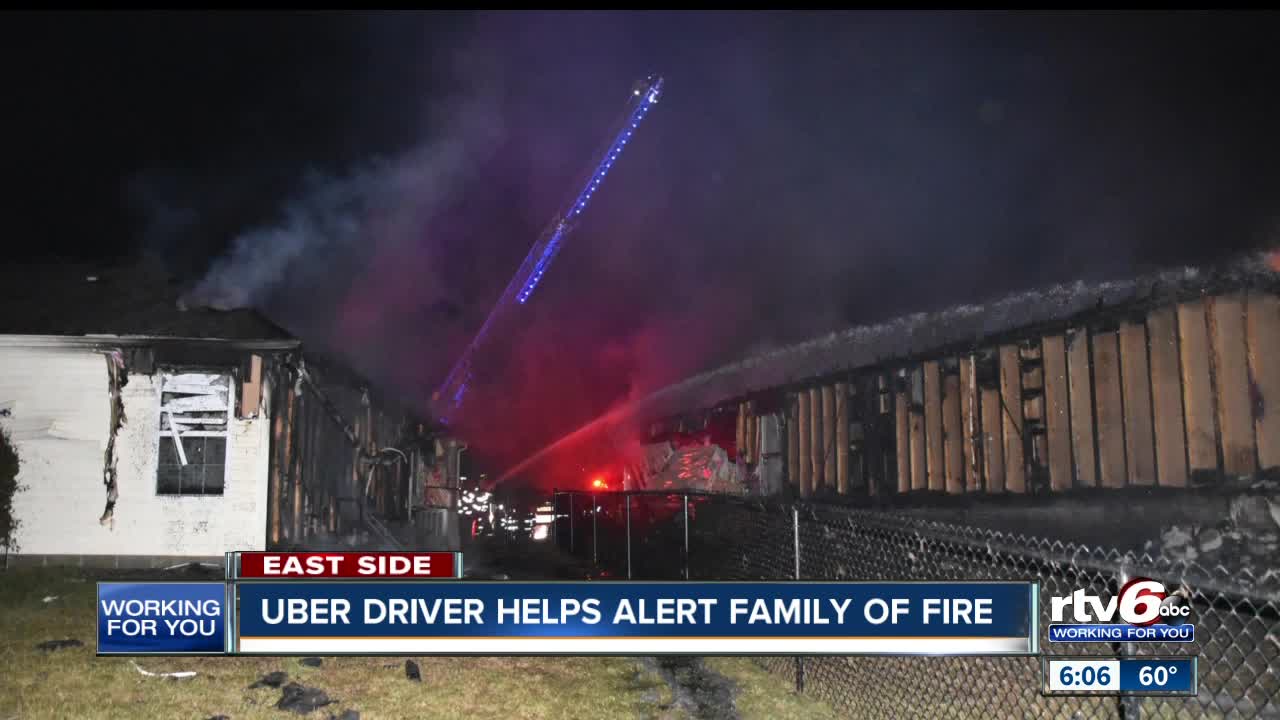 Three families on the southeast side are dealing with damage to their homes after a fire Saturday night that was likely caused by lightning. 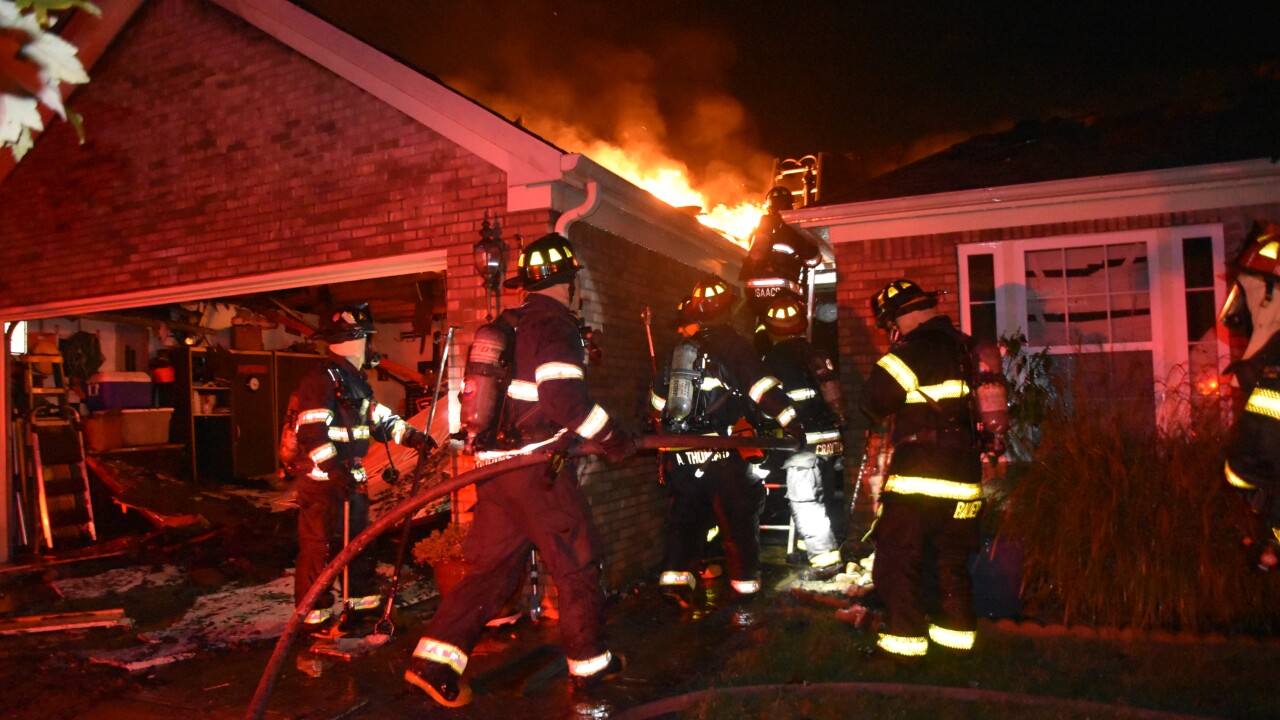 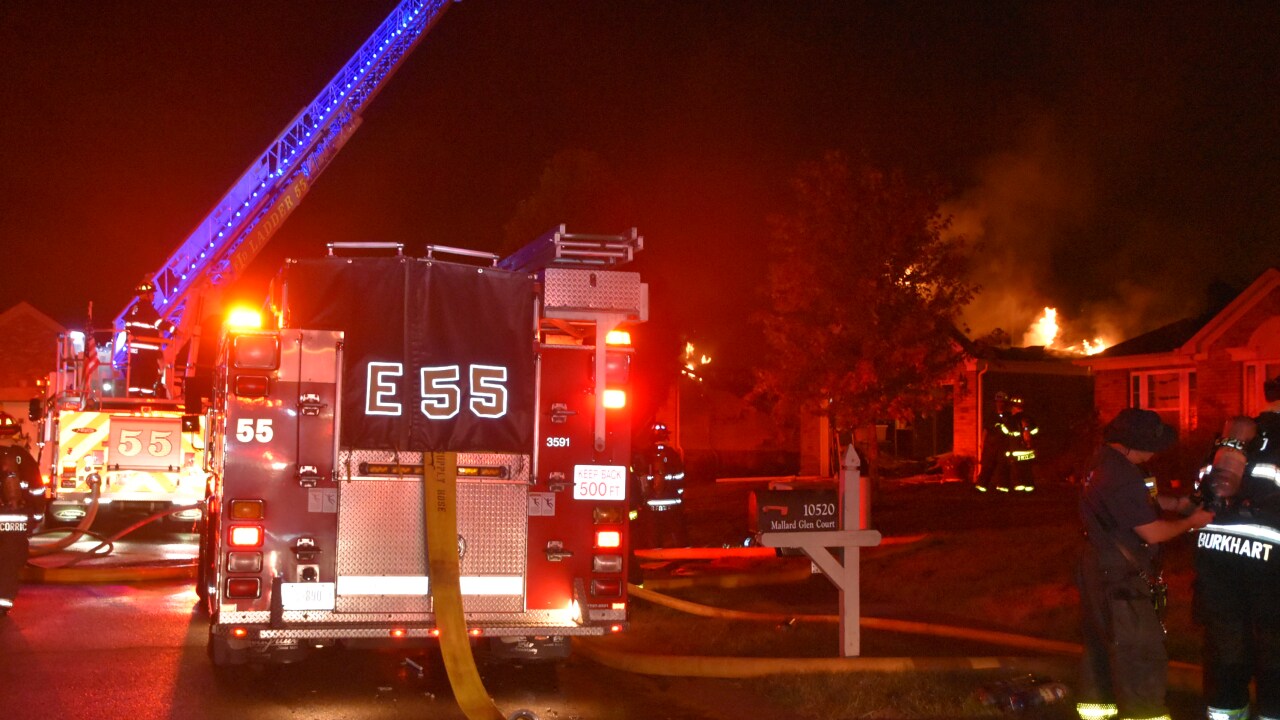 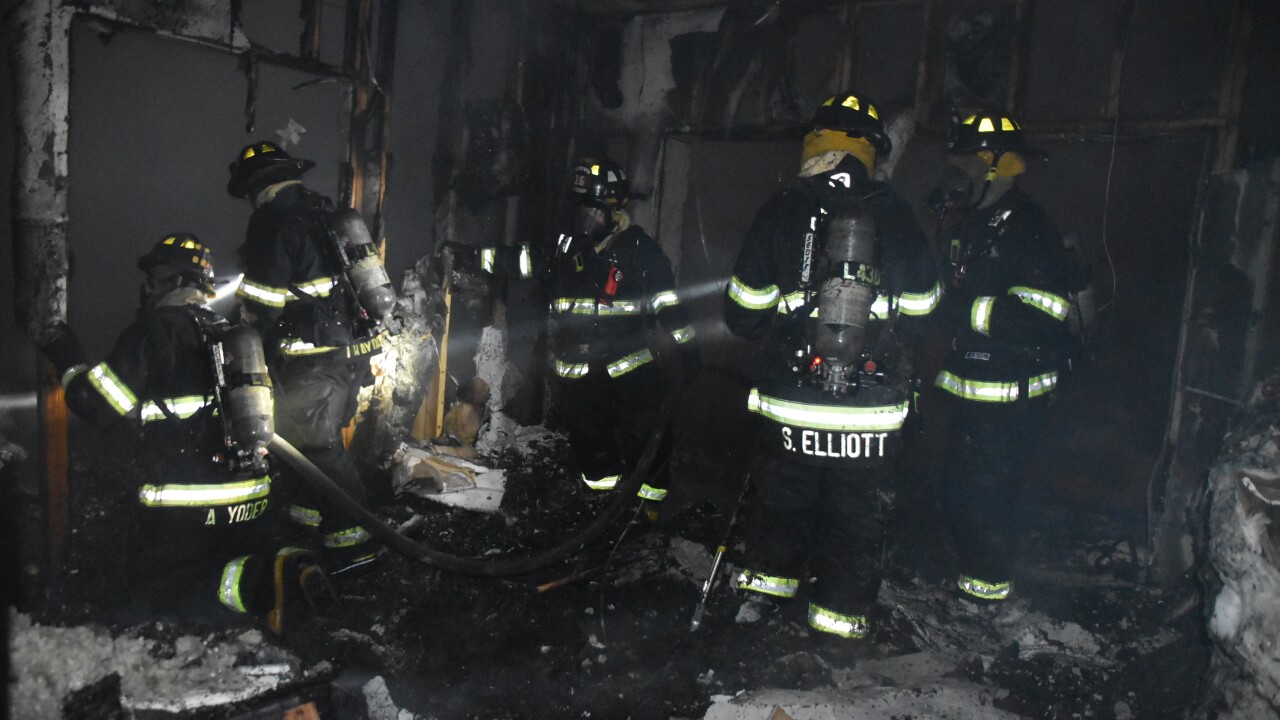 INDIANAPOLIS — Three homes were damaged by fire early Sunday morning on the east side of Indianapolis.

When crews arrived, they found one house fully engulfed by flames after a possible lightning strike, Reith said.

Two other homes were damaged due to fire exposure from the first house fire, Reith said.

An Uber driver woke one family up and told them about the fire, Reith said. They were able safely evacuate the home.

No injuries were reported by the residents.

IFD Battalion Chief Rob Aldrich estimated the fire caused an estimated $750,000 worth of damage to all three homes.