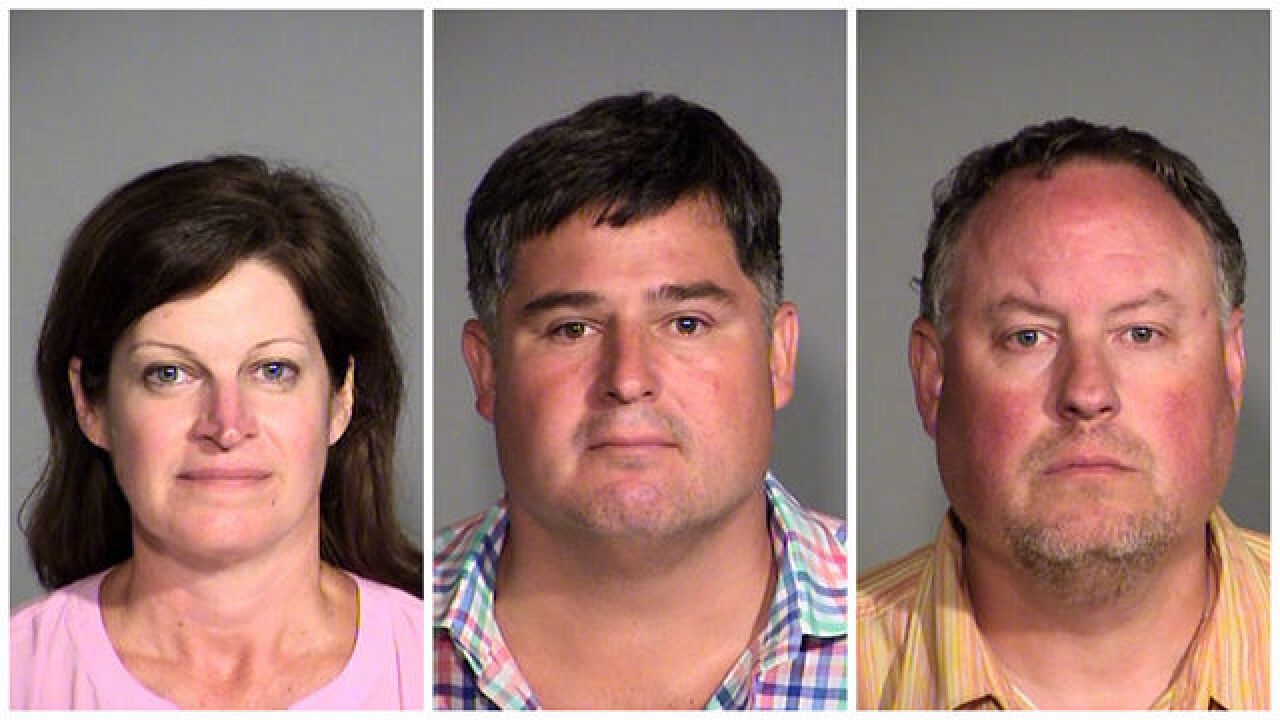 INDIANAPOLIS – Three Porter County delegates to the Indiana Republican Convention spent the night in jail after what police described as a drunken encounter with police at a hotel.

IMPD officers were called to the Hyatt Regency on S. Capitol downtown just after 10:00 p.m. Friday on a report of a man being aggressive.  A police report says an officer was trying to get the man to leave the bar of the hotel when another man, later identified as Scott Tuft, got in the officer’s face and said the man did not have to leave.

After Tuft refused to back down, the report says the officer told Tuft he was under arrest.  A woman then grabbed the officer’s arm and tried to pull him away from Tuft.  After a couple of warnings, Amy Daly was arrested, and she and Tuft were escorted outside the hotel.

While police were filling out paperwork, Daly’s husband, Tim Daly, started interfering with the officers, according to the police report.  At one point, police say Mr. Daly grabbed a phone that another person was using to shoot video of the incident and got in the officer’s face with the camera.  Police say the man who had been shooting video – who was not arrested – told the officer that Governor Pence and the Attorney General were being called, a claim the officers ignored and that turned out to not be true.

Police say Tuft and Mr. and Mrs. Daly all appeared to be intoxicated.