Tragedy on I-70: Documents show truck driver never stopped before hitting car with four children inside

Testing: Corey Withrow had drugs in his system 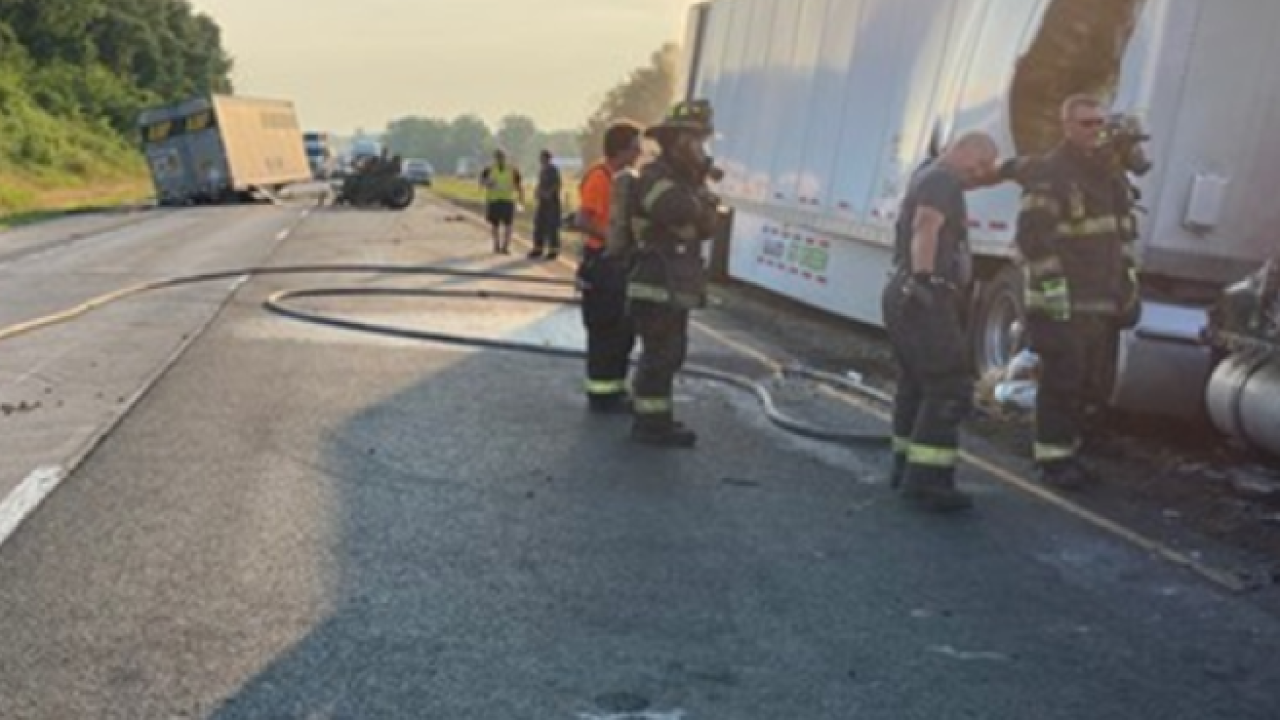 WAYNE COUNTY — Witnesses to a crash in which four children died on Interstate-70 last week say a truck was going full speed when it slammed into the back of a passenger car.

Witness statements and information about the Ohio truck driver who faces nine felony charges are contained in a probable cause affidavit released by the Wayne County Prosecutor in Richmond.

The crash happened last Thursday, about 60-miles east of Indianapolis, near Cambridge City.

33-year-old Corey Withrow of Camden, Ohio was at the wheel of the rig as it approached slowed traffic entering a construction zone. Withrow told investigators he had just looked down at his phone prior to the crash. Multiple witnesses, including a doctor from North Carolina, said the truck never slowed and crashed into the car and then another semi at full speed.

Witnesses told investigators that Withrow's truck had been driving erratically for three or four miles prior to the crash. At one point, his truck pushed another semi into the shoulder.

Indiana State Police investigators were able to determine the truck's speed at 72 miles-per-hour at the time of the crash. There was a 55 mile-per-hour limit in the construction zone, but vehicles were going slower than that as they merged into the one open lane.

Withrow's truck and the car bust into flames. A police officer said he could see the smoke from two miles away. The children died in the vehicle. The car's driver, 34-year-old Aaron Bruce of Kansas City, suffered burns over 56% of his body along with several internal injuries, according to the probable cause. Bruce was rushed to Eskenazi Hospital in Indianapolis where he faces a long road to recovery.

Police say they found trucker Corey Withrow along the side of the road, staggering and off balance, his speech slurred. Withrow said he had not been hurt in the crash.

In a police car on the way to Reid Hospital in Richmond, Withrow could not stay awake, according to the probable cause. At the hospital, he refused a blood draw. A warrant was needed from a Wayne County judge to force the tests.

The results showed evidence of marijuana, amphetamines and methamphetamine use. State Trooper Jacob Ridgeway, a drug recognition expert, evaluated Withrow and determined he could not operate a vehicle safely.

Court records from Ohio show two drug cases last year involving Withrow—one for possession of heroin and another for aggravated possession of drugs.

In Wayne County, Withrow has been charged with four counts of causing death when operating a motor vehicle, one count of causing catastrophic injuries, and four counts of reckless homicide. He faces a court hearing on July 23.