Transitioning: An Indiana man opens up about his lifelong search to discover his true identity

Part one in a three-part series 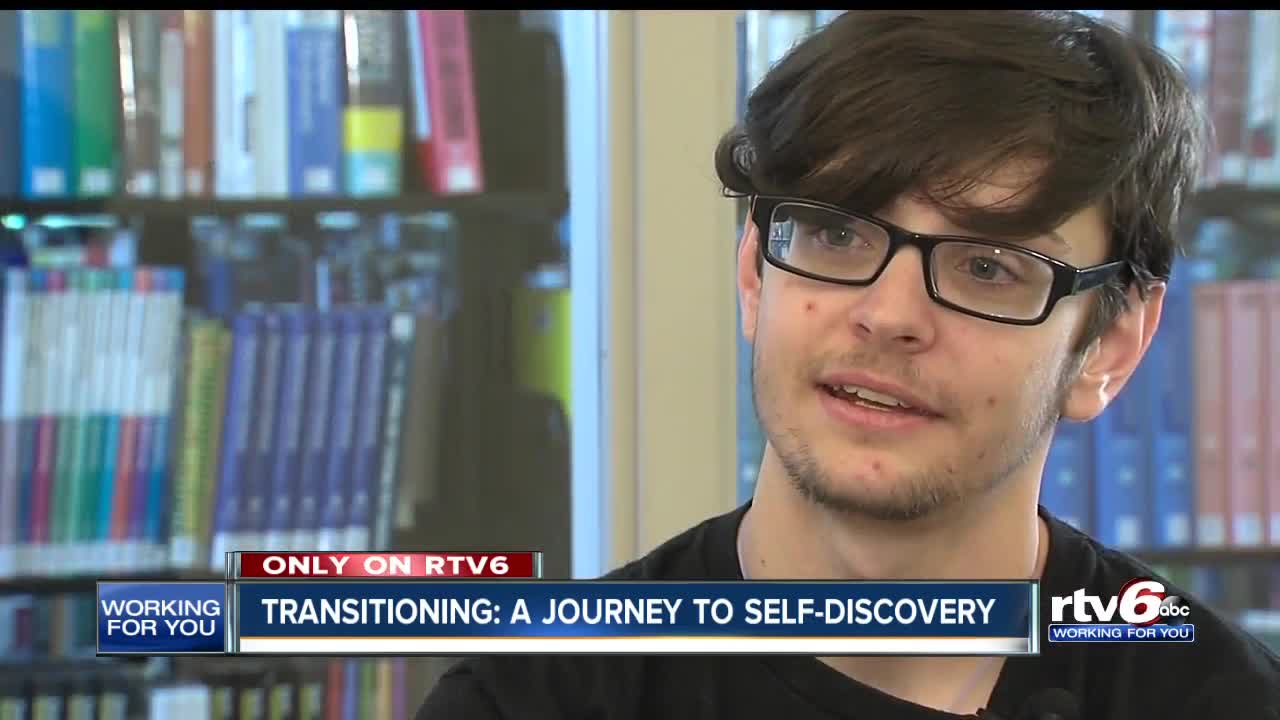 Part one of a series on a Newburgh resident who is on his path to become who he feels he really is. 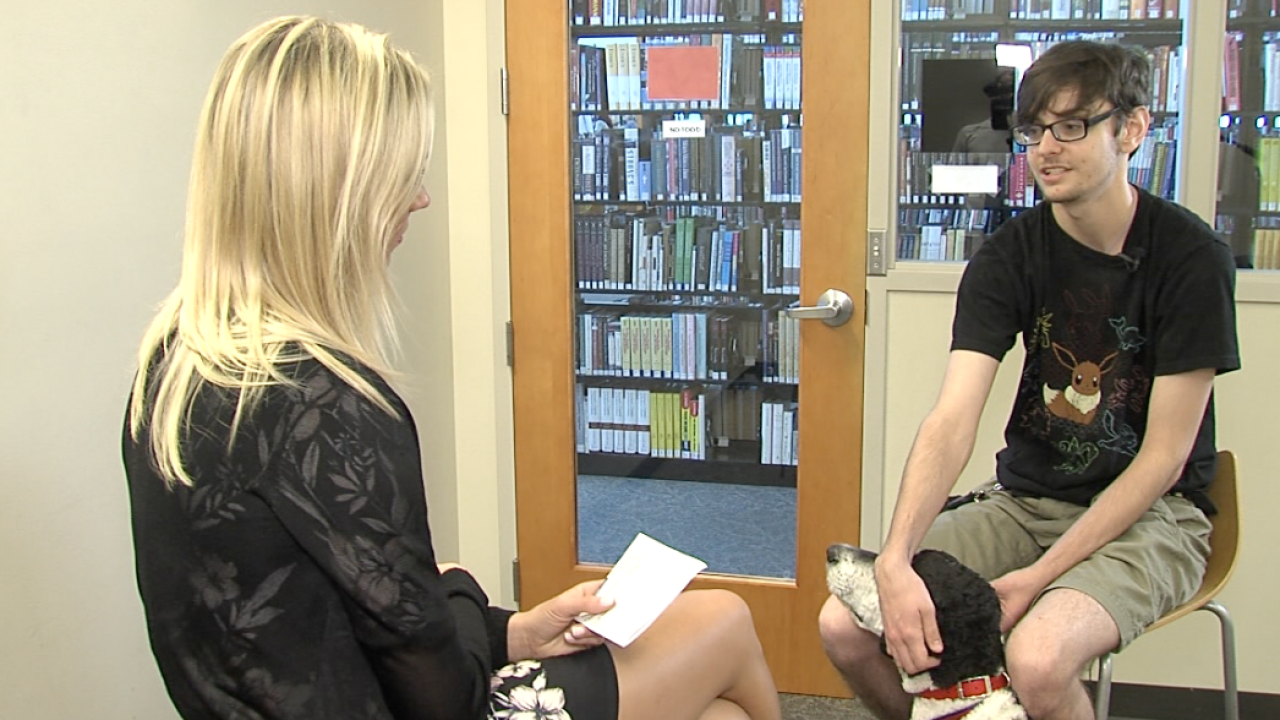 This story is the first in a three-part series about transgender affirmation and finding your true identity. You can watch them all this week on RTV6 News at 11 p.m.

INDIANAPOLIS — They say you never know who someone is until you walk a mile in their shoes, but there are times when discovering who you are is a journey in itself.

The Centers for Disease Control says one million adults in the U.S. identify as "transgender," with a gender identity that is different than their sex assigned when they are born.

In 2018, RTV6 followed Newburgh resident Ryan Oligher on his path to find his true identity.

"It's like the person I was always supposed to be," said Ryan.

It was a massive step for the 22-year-old, who spoke to RTV6 in February, at his first follow up appointment since his surgery six weeks prior.

"I have felt a lot happier," explained Ryan. "I went from having insecurities about my body to just being very; I feel more attractive."

It's has been quite the emotional and physical journey for Oligher. RTV6's Amanda Starrantino first met Ryan in the fall of 2018, in his hometown of Newburgh, Indiana. Back then, it was hard to tell what stage of gender transition he was in.

"I try to pass as male very well," says Ryan in his first interview with Amanda in 2018. "I have been on testosterone for about two and a half years, so my voice has dropped, it was a little higher. I got facial hair obviously, and that helps, I feel a lot safer. Because when I was first transitioning, it was very scary."

Ryan was not always known as "Ryan." He was born a female and given the name Jenny by his parents.

About 3,000 people live in Newburgh, a small town with a religious presence almost everywhere you turn.

Ryan asked to meet Amanda for his interview at the public library, a place where he felt safe and could have privacy while telling us how he got to this point in his life.

At the time, he was waiting for his insurance company to approve funding for what is known as "top" surgery, to make his chest look more masculine.

"I honestly will every so often not think about it, and I will forget, and I will be like oh yeah, that is still there," says Ryan.

Growing up as Jenny, Ryan experienced feelings of gender dysphoria his whole life but did not always have a name for it.

"A lot of times I didn't realize what felt wrong, but I knew that's not right," says Ryan. "And I was just always very uncomfortable with my body."

Jenny would stray away from dresses and wear baggy clothes to school to hide her feminine chest, which led to bullying.

"When I was about 16 I tried, I tried to be really more feminine and it really just no, it was just really fake," explained Ryan. "I tried, but it was just very fake. And I was like okay, I will just make myself act this way, but it just didn't work."

At 17 years old, something clicked. Jenny accepted she was transgender; a boy trapped in a girl's body.

"I felt like I should have been a boy, but that's not supposed to be how this works," says Ryan.

Accepting this was a milestone, but just the first step. What came next was even harder.

"I didn't come out to my parents for several months," remembers Ryan. "And then that kind of... eh."

The person they saw as their daughter, Jenny, for nearly two decades, stood before them as a young man.

"They didn't really, they still, I know they still don't really understand," explained Ryan. "I know my mom is just very; she is like I don't really know what is going on here but I love you, and I always will, and I am still here for you. And my dad, he was just very upset and scared."

The next couple of years, Jenny searched for ways to feel more comfortable with her real identity. She knew her name had to go.

"It is very hard to name yourself," says Ryan.

"Ryan" was the right fit. After picking his new name, Ryan began the new journey. He started taking hormones and using the men's restroom. His coworkers at a pet store supported him through the transition as well. But Ryan needed something more.

The chest is, visually, one of the most apparent indicators of a person's gender.

"I don't get as nearly as much of the bottom dysphoria as I do the top," says Ryan. "It's not something; it doesn't bother me as much whereas other people it really does. For me, it is mainly my chest."

Dr. Sidhbh Gallagher is the Director of the Gender Affirmation Surgery Program at IU Health. The plastic surgeon started the program in 2015 with only two patients that year. Now, she says the program gets up to 90 consults a month and has performed 280 procedures.

"I particularly have a soft spot, obviously, with the transgender guys to do a mascuplasty with the chest surgery for them, you know, often it is so gratifying the whole effect changes and they kind of swagger off in the post-op visit, and it's just cool," says Dr. Gallagher.

Dr. Gallagher says she aims to help transgender individuals find peace and live comfortably in the body they feel is right.

"It goes so much further than beyond vanity," says Dr. Gallagher. "This isn't vanity for patients by any means. As a patient would describe as life-saving work, certainly life-changing, it is very affirming for the patients."

Ryan's insurance finally cleared in December. The week before Christmas, he got the call from Dr. Gallagher's office that there was an operating room open for him.

"I am getting my surgery today," says Ryan as he waited in the IU Health Methodist Hospital lobby before being taken back for surgery. "It is now the 19th of December, so it's been unexpected, I thought it wasn't going to work out this year. I am excited, but I am a little nervous. But I am ready for it."