Gov. Pence to introduce Trump at rally in Westfield 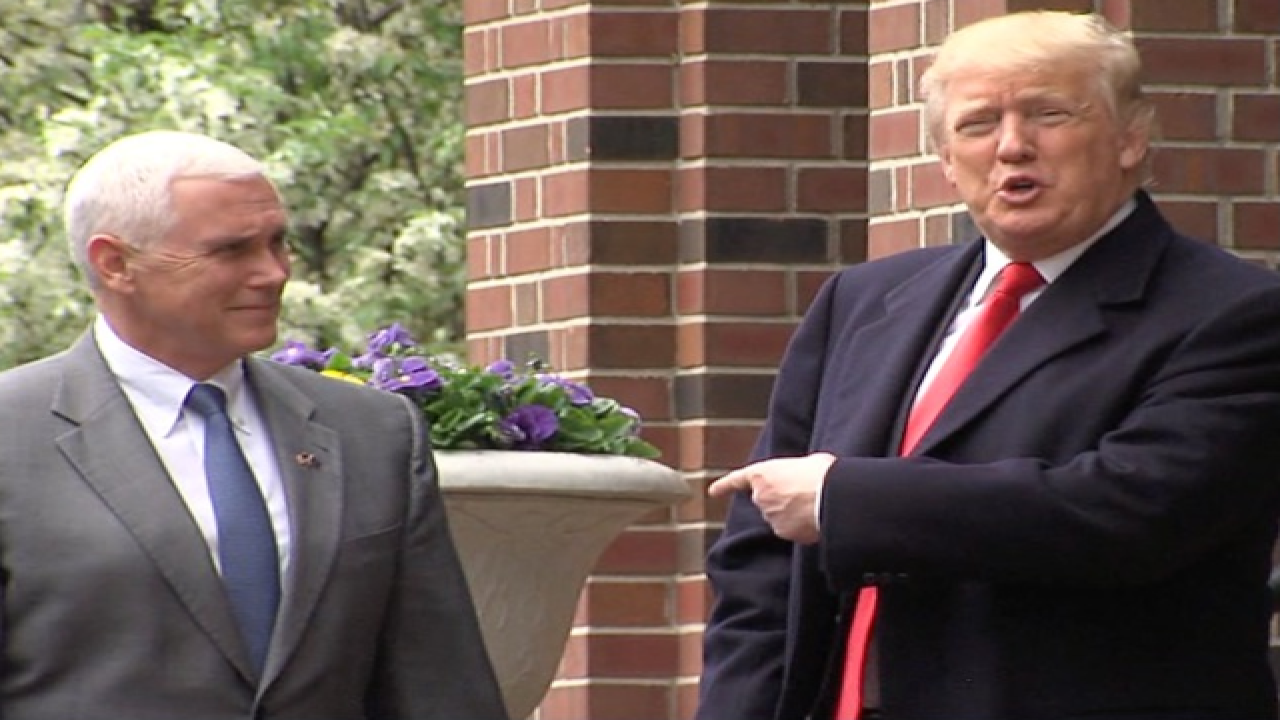 WESTFIELD, Ind. -- If the governor decides to take another job offer from Donald Trump, we might find out about it in Hamilton County Tuesday evening.

Donald Trump's campaign says the prospective Republican nominee will hold a rally at 7:30 p.m. Tuesday at the Grand Park Events Center in Westfield.

It's the same day Trump is scheduled to hold a fundraiser for his campaign at the Columbia Club in downtown Indy, and the rally also happens as speculation swirls around Governor Pence and whether he might be asked to be Trump's running mate.

When asked by RTV6 on Monday, Pence said he will introduce Trump at the rally.

The Trump campaign has been vetting Pence along with a handful of others, and Pence and his family visited Trump at Trump's New Jersey golf course last weekend.

While the governor has heretofore claimed to be committed to his re-election campaign in Indiana, he has not denied interest in the number two slot on the GOP ticket, though he has often used the phrase "nothing was offered, nothing was accepted" to describe his conversations with Trump.

Trump's Indiana rally will also take place three days before the deadline for Pence to remove his name from the Indiana ballot, since state law bars him from running for governor and vice president simultaneously.

Remember: when guessing the probability, it comes down to a vote of one: @realDonaldTrump https://t.co/kCZ9RNUbXa

Trump has indicated he will name a running mate this week ahead of the Republican convention in Cleveland, which begins July 18.