Two highway workers struck on I-70 on Indy's east side 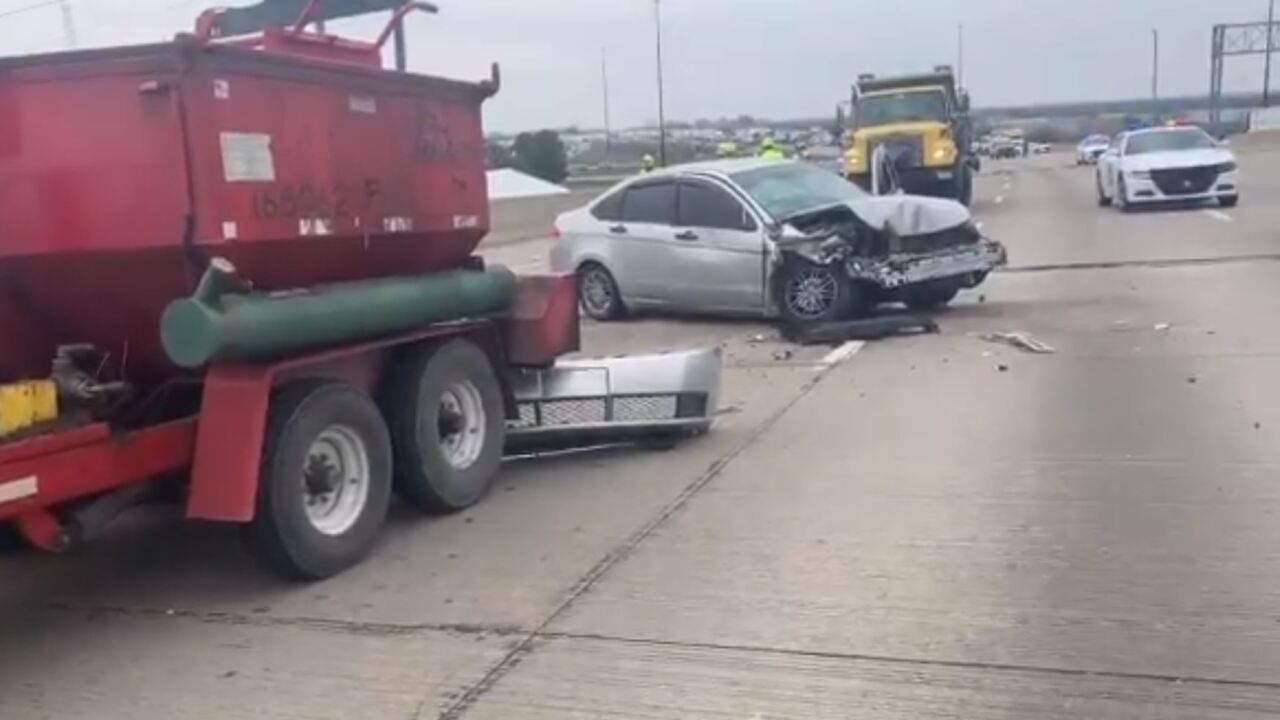 Courtesy of Indiana State Police
Two highway workers were injured in a crash on eastbound Interstate 70 near Keystone/Rural on Thursday, March 26, 2020.

INDIANAPOLIS — Two state highway workers were injured when they were struck by a vehicle on Interstate 70 on Thursday.

According to information from the Indiana State Police, the crash happened just before 2 p.m. Thursday on eastbound Interstate 70 near the Keystone Avenue/Rural Street exit.

State police said an adult male was struck by a car while patching holes on the interstate. When medics arrived and began treating the man he was alert and conscious. The man was taken to an area hospital for treatment of non-life-threatening injuries, troopers said.

It was also determined that a second adult male worker was also struck. The second victim was treated and released at the scene.

Troopers aid the driver of the car, Licole Culp, 23, of Indianapolis, was entering Interstate 70 from Keystone Avenue. The workers, who are both employees of the Indiana Department of Transportation, were working in the right two lanes and had several safety trucks with emergency lights blocking the lanes.

Troopers said as Culp entered the traffic lane from the ramp she sideswiped a van, swerved back into the closed lanes, lost control, struck the two workers and a piece of construction equipment. Culp was not injured but was taken to Eskenazi Hospital to be checked and for a blood draw. The blood draw is standard practice with all serious or fatal crashes, state police said.

No criminal charges have been filed, however the investigation remains ongoing.

Four lanes of Interstate 70 eastbound were closed at Keystone Avenue for approximately two hours while the crash was investigated.