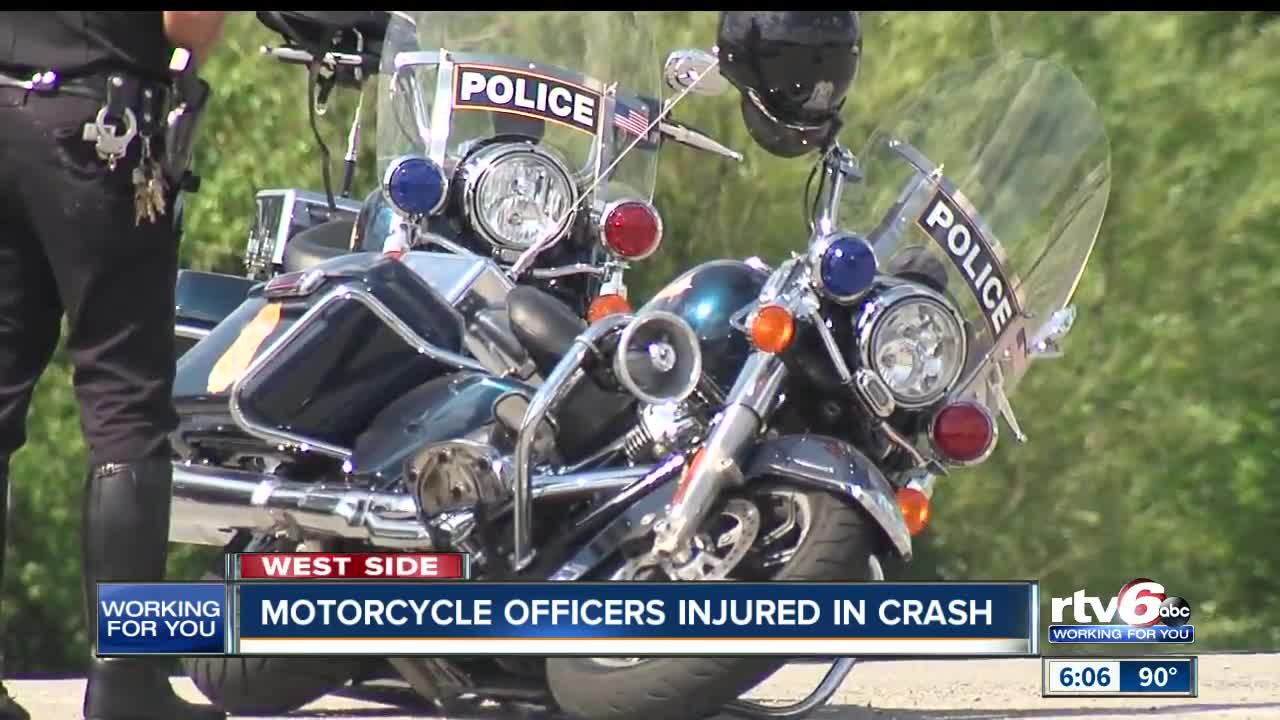 Two police officers on motorcycles were injured in a crash Saturday afternoon in Indianapolis. 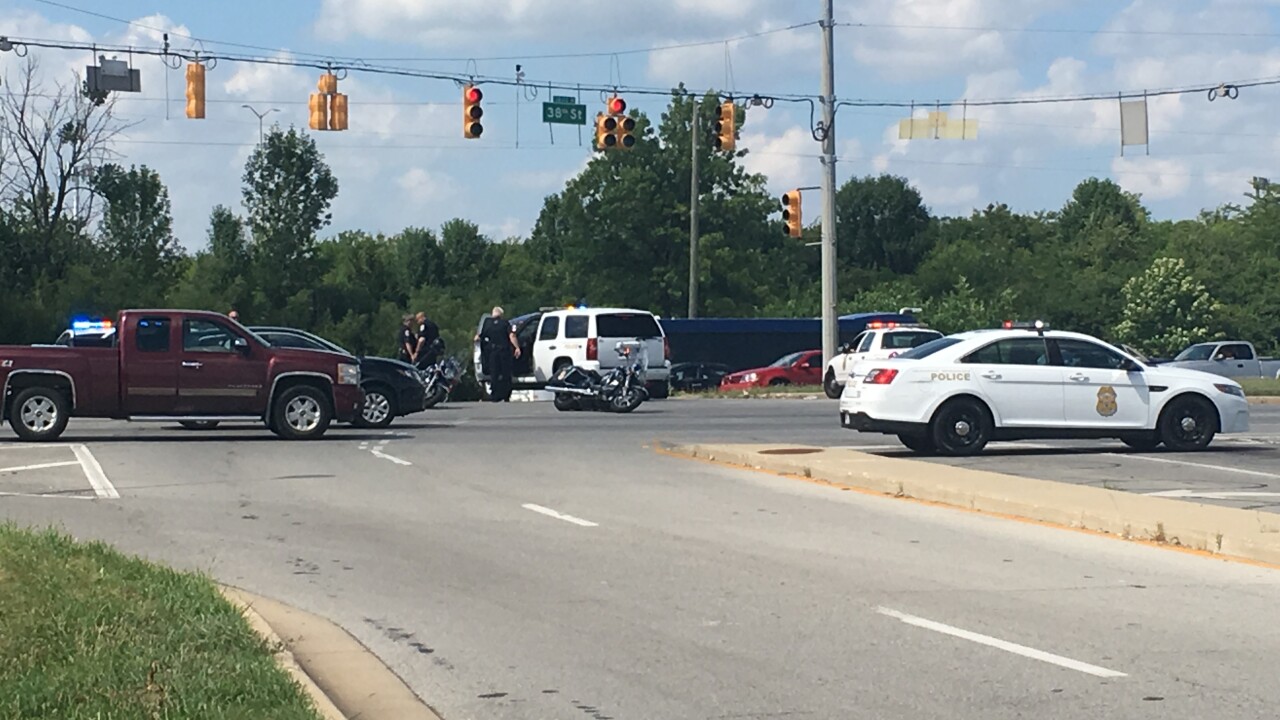 INDIANAPOLIS — Two police officers on motorcycles were injured in a crash Saturday afternoon in Indianapolis.

Two Indianapolis Metropolitan Police Department officers were injured around 3:45 p.m. near 38th Street and Industrial Boulevard, according to an email from IMPD's media relations team.

The officers are in stable condition, according to the email.

At this time, no additional information has been released.