Two killed, eastbound lanes of I-70 closed after crash 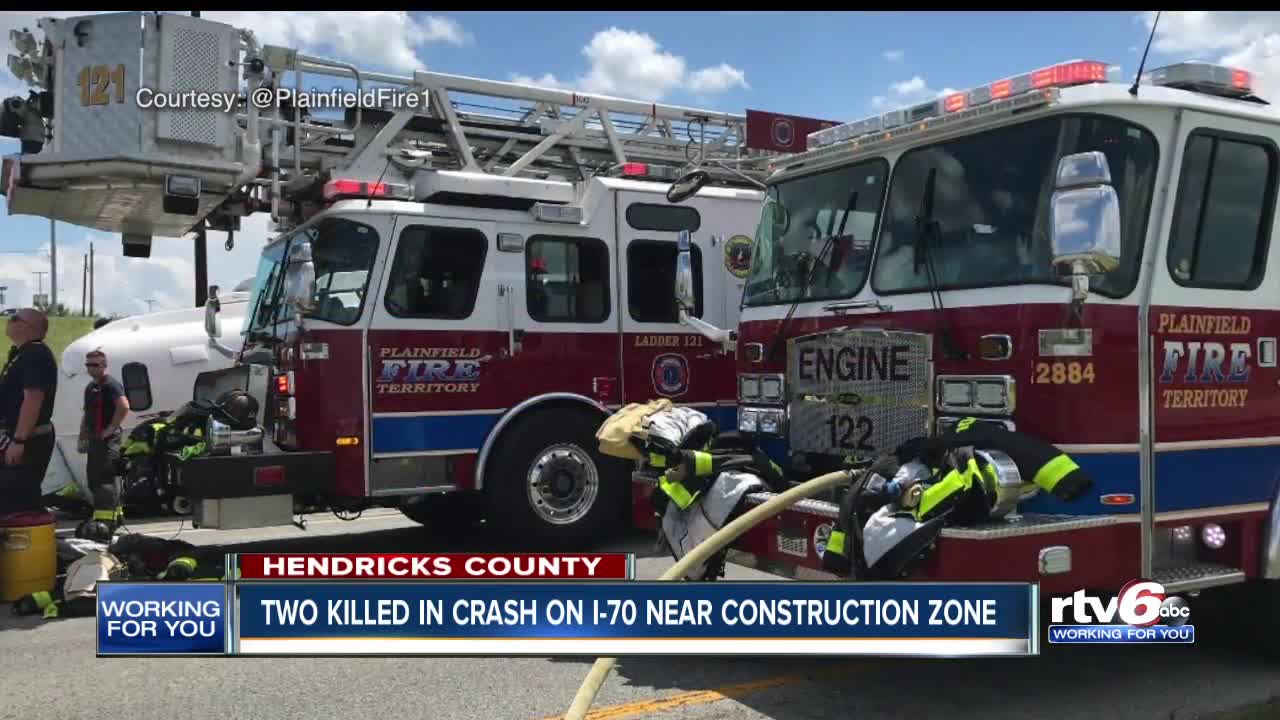 Two people died in a crash in an I-70 construction zone. 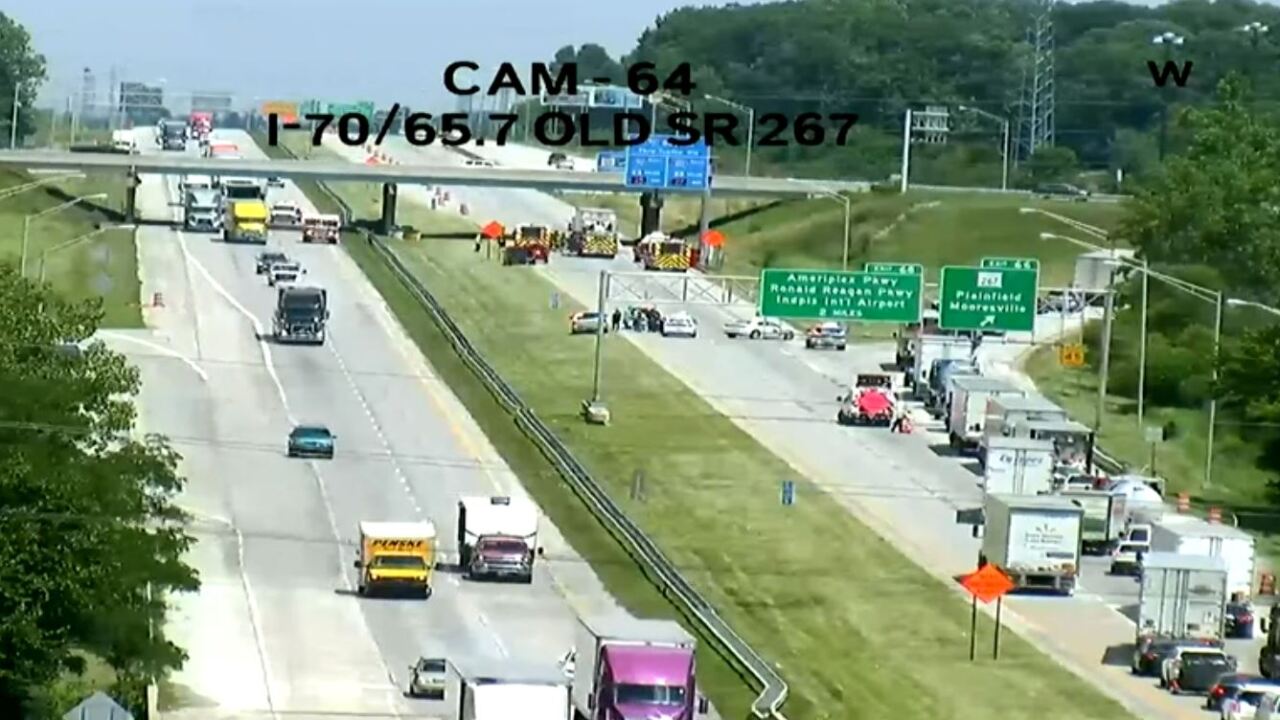 HENDRICKS COUNTY — Two people are dead following a crash on Interstate 70 near Plainfield on Tuesday afternoon.

1415hrs - PFT crews are on the scene of an auto accident with a double fatality on I-70 Eastbound at SR 267. Eastbound I-70 is a mess between SR 267 and SR 39. Please avoid the area for a couple of hours. pic.twitter.com/dHlvRpd66c

State police said a van with a camper failed to slow down in stopped traffic and struck the back of a semi, killing the two people inside the van. The driver of the semi was not injured. It is not known why the van did not slow down.

The van had Texas license plates, and state police are waiting to notify family members before releasing the names of the people who died.

All lanes of I-70 eastbound were closed for three hours while the crash was investigated and the wreckage was removed.