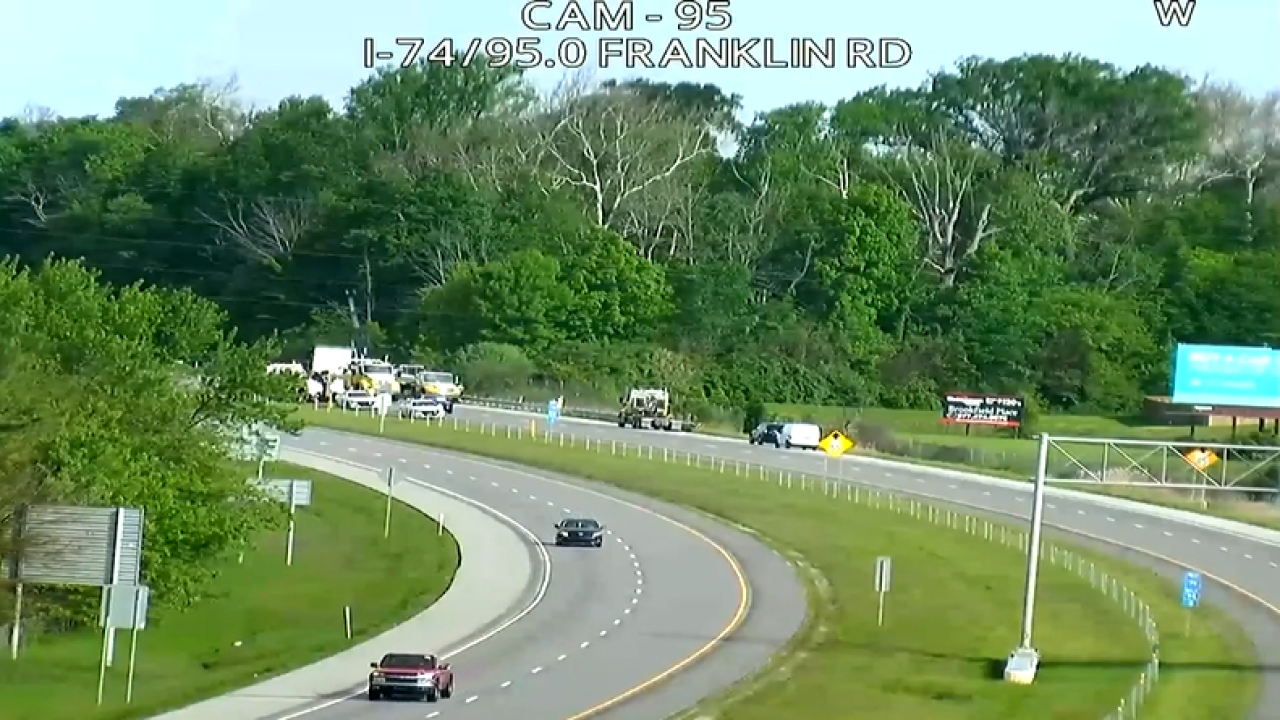 INDOT traffic camera screenshot
The westbound lanes of Interstate 74 near Post Road were closed following a fatal crash on Sunday, May 24, 2020.

INDIANAPOLIS — Two people died in separate crashes early Sunday morning on Interstate 74 on the southeast side of Indianapolis.

Indiana State Police said a pedestrian was struck and killed a short time after dispatchers received calls at 12:45 a.m. reporting a vehicle in the ditch on I-74 eastbound at the 95 mile marker. The man was pronounced dead at the scene.

Investigators believe the man was the driver of the vehicle that was found in the ditch and that impairment could be a factor in the crash.

State police said the driver of the vehicle that struck the pedestrian remained at the scene and cooperated with the investigation. Eastbound I-74 was closed for four hours while the crash was investigated.

Nearly two hours after the first crash, a second fatal crash happened less than a half-mile away at the 94.6 mile marker of I-74 westbound.

State police said the driver of an eastbound semi-tractor trailer was doing a U-turn through the crossover due to the interstate closure from the earlier crash when a motorist in a westbound passenger vehicle collided with the semi as it entered the westbound lanes.

The driver of the passenger vehicle was pronounced dead at the scene, state police said.

A 36-year-old woman was killed in the crash, McGinty said. The office is still working to positively identify the woman.

The westbound lanes of I-74 near Post Road reopened just after 10:30 a.m. Sunday.

Both crashes are still under investigation.