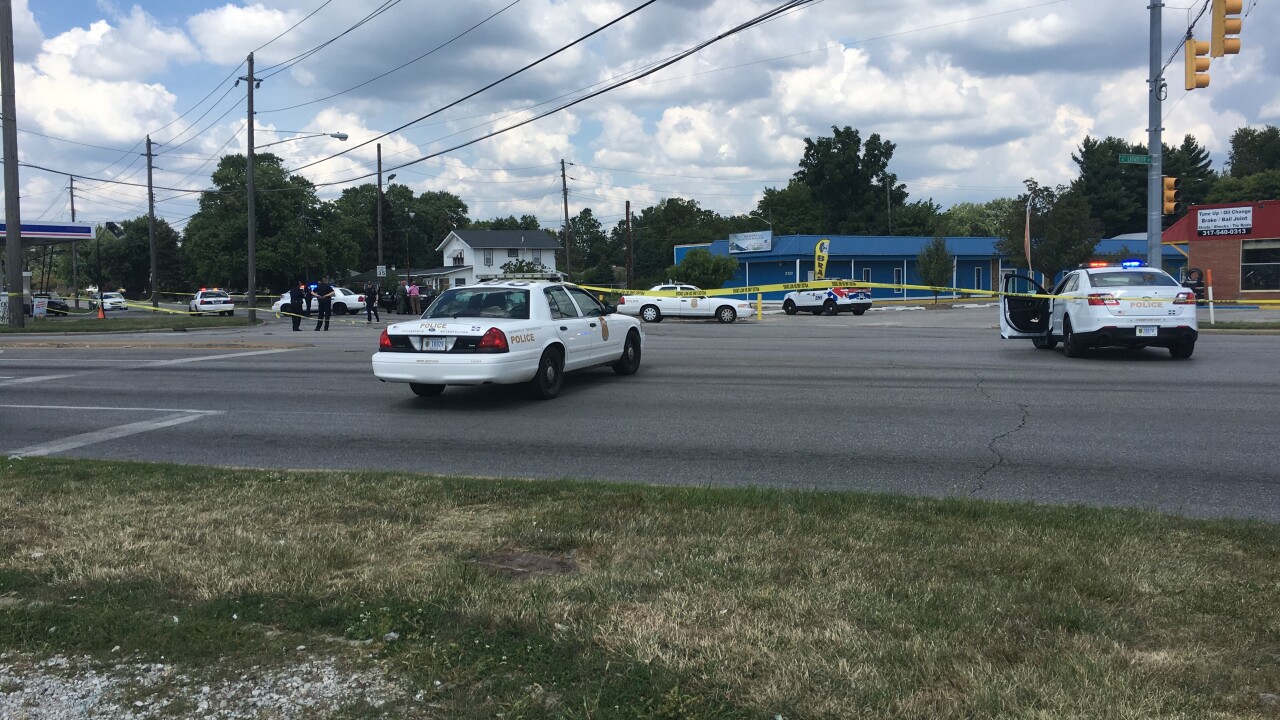 INDIANAPOLIS—A violent four-day period in Indianapolis continued Monday with the shooting deaths of two people at a busy west side intersection.

In all, at least 16 people have been shot in the city since Friday and five have died.

Indianapolis Metropolitan Police Department officers were called to the 2600 block of Lafayette Road just after 3 p.m. Monday, and found a man and woman who had been shot. Both victims were transported to an area hospital where they died from their injuries, police said.

A large area at Tibbs Avenue and Lafayette Road, near the Eagledale Plaza shopping center, was closed to traffic as police went about their work.

No arrests have been made, and the Marion County Coroner's Office will release the victims' identities after authorities contact their families.