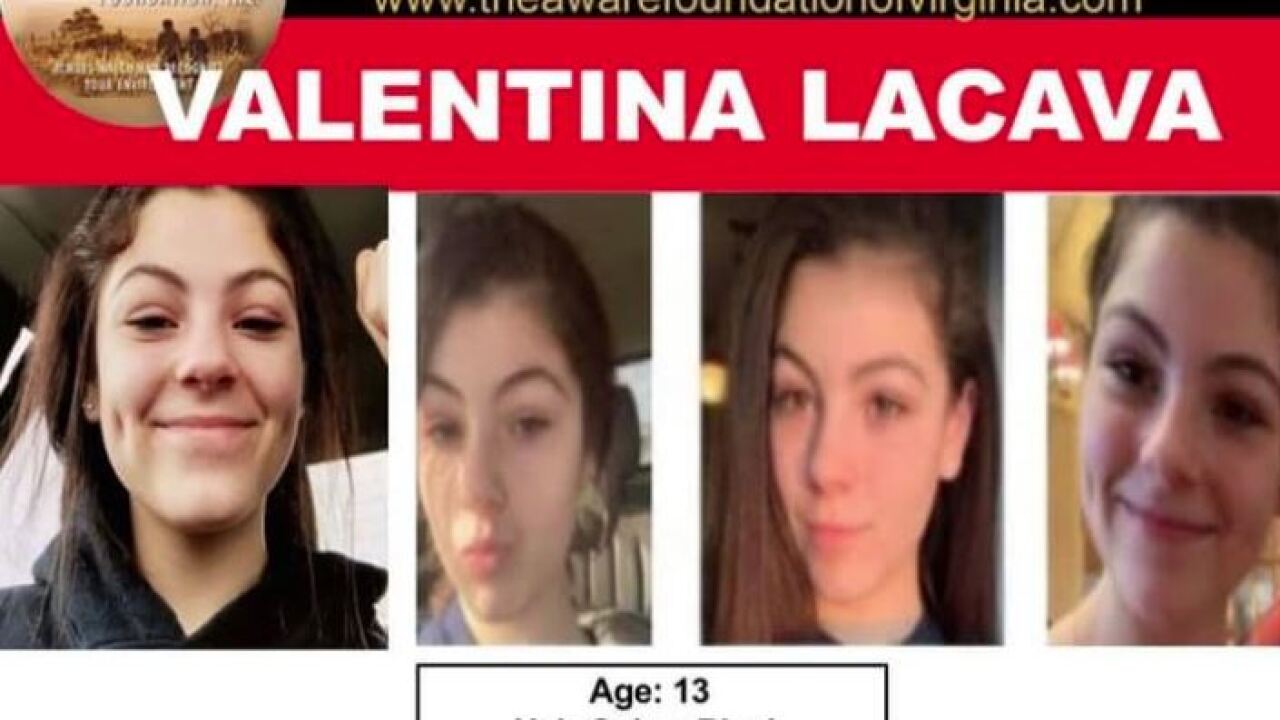 JOHNSON COUNTY — Authorities have located a missing 13-year-old girl from Johnson County who was last seen in June.

Valentina Lacava was last seen around 9:30 p.m. on June 20, according to the U.S. Marshals Service. She was seen getting into a silver or white older Toyota Solara with damage on the front end. The car was last seen near Watson Road and Possum Hollow Road in Greenwood.

Lacava turned herself in to police in Chicago on Saturday and is being brought back to Johnson County, Johnson County Sheriff Duane Burgess said in an email.

Lacava is described as being a white female, 5 feet 1 inch tall, weighing 110 pounds, according to the US Marshals Service. She was last seen wearing dark jeans, zip-up sweatshirt and black sneakers.

It is unknown if authorities are still looking for a person of interest in the case seen on surveillance video.