U2 playing at Lucas Oil Stadium in September; first Indy concert since 2001 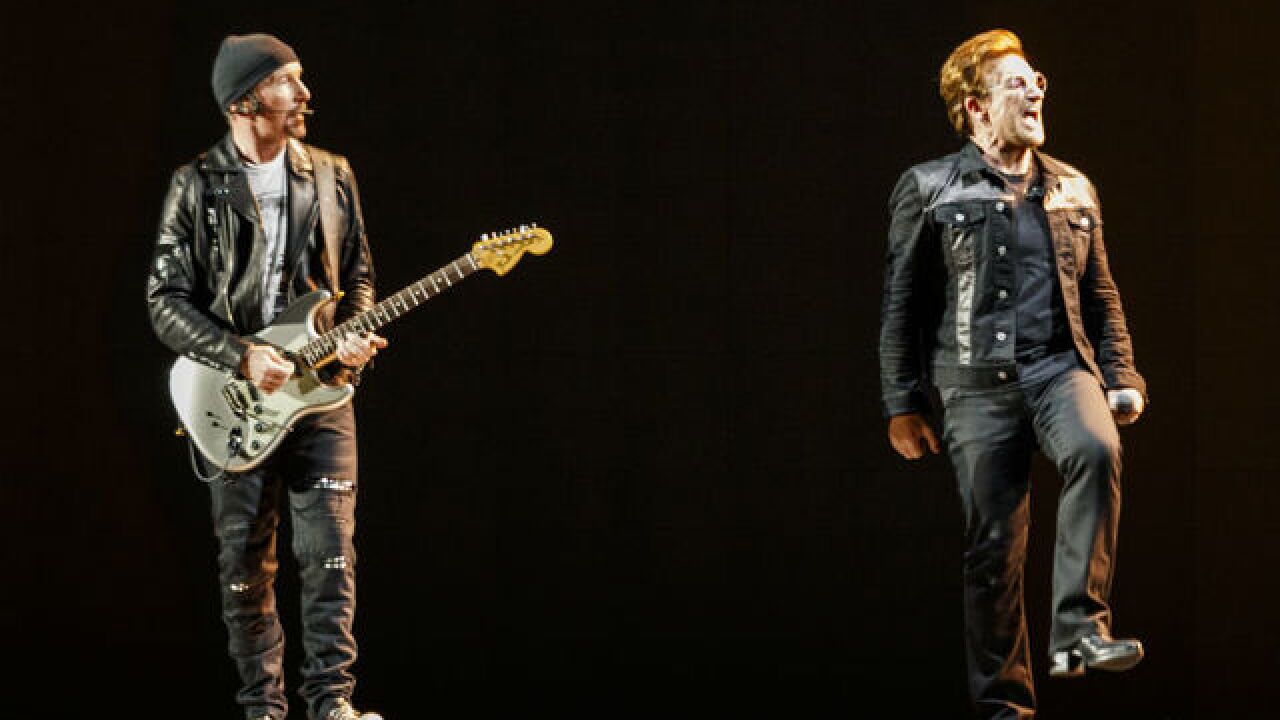 INDIANAPOLIS -- Grammy Award-winning band U2 will be performing in Indianapolis this summer.

The band will play at Lucas Oil Stadium on Sunday, September 10, 2017.

Tickets for the concert will go on sale Monday, June 12, starting at $35. The band is coming as a part of The Joshua Tree Tour.

U2 is one of the best-selling bands of all time. It has won 22 Grammy Awards in its history, more than any other band. It hasn't visited Indianapolis for a show since 2001.

U2 is also known for performing one of the best Super Bowl halftime shows in history. The band performed on Feb 3, 2002, a few months after 9/11. About halfway through the set, a banner displayed all the names of the people killed in 9/11.