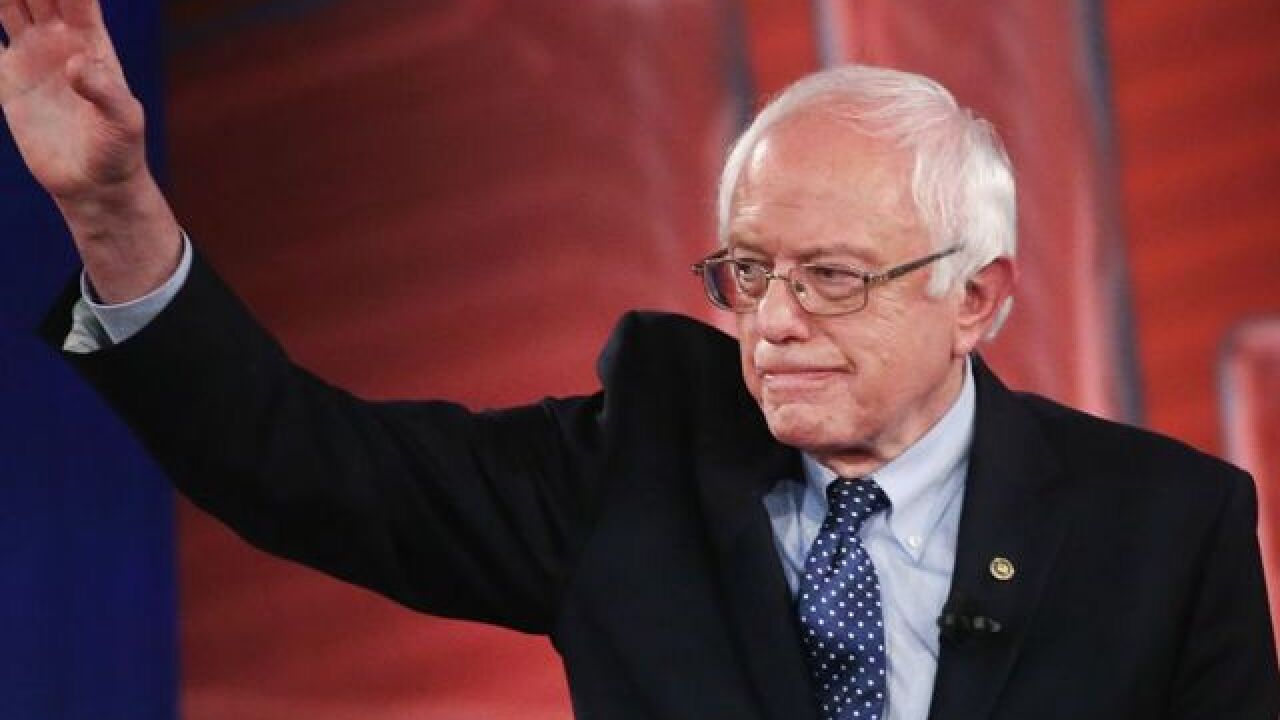 INDIANAPOLIS -- The United Steelworkers Local 1999, the union that represents Carrier workers who are about to lose their jobs to a plant in Monterrey, Mexico, has endorsed Senator Bernie Sanders (D-Vermont) for president.

“Bernie Sanders for decades has fought against the kinds of disastrous trade deals that are now allowing Carrier to ship over a thousand good-paying Indiana jobs to Mexico,” said Local 1999 president Chuck Jones in a joint press release with the Sanders campaign. “Bernie Sanders is the only candidate running for president who will do something to stop this kind of corporate greed if he is elected – because he’s been fighting against it for years. We will be doing everything we can to help him win the primary here in Indiana on May 3.”

Carrier has become a rallying point for a part of the presidential campaign. Sanders previously denounced the decision by Carrier's parent company, United Technologies, to move their operations to Mexico.

Carrier made the announcement they were moving to Mexico in February.

“The decision by United Technologies to ship 2,100 jobs from Indiana to Mexico is the latest example of how NAFTA and other trade policies have been a disaster for American workers,” said Sanders. “In my view, we have got to fundamentally rewrite our failed trade policies so that American jobs are no longer our number one export. I was proud to help lead the effort against NAFTA and Permanent Normal Trade Relations with China. Unfortunately, Secretary Clinton supported these trade policies which have led to the loss of millions of jobs and thousands of factories.”

Republican presidential hopeful Donald Trump has also weighted in on Carrier's decision, saying that mass job movements like what is happening to the 1,400 employees from Indianapolis' Carrier plant wouldn't happen if he were president.

"I will call the head of Carrier and I will say, I hope you enjoy your new building," Trump said. "I hope you enjoy Mexico. Here's the story, folks: Every single air conditioning unit that you build and send across our border – you're going to pay a 35 percent tax on that unit."

FULL CARRIER COVERAGE
TIMELINE: Carrier to ship 1,400 jobs from Indiana to Mexico |  Hogsett calls on Carrier to return $1.2M within 30 days | Coats, Donnelly have 'disappointing' meeting with Carrier execs | IEDC responds to Sen. Donnelly's comments on Carrier |  Sen. Donnelly: Carrier never cited federal regulations as reason for move | Union president: 'We're not going away quietly' | Carrier employees protest move at statehouse| Pence on Carrier meeting: 'I don't want to create any false hope for people' | Moving to Mexico: What you need to know about Monterrey, Mexico  | Moving to Mexico: On the ground in Monterrey, Mexico, where Carrier is moving  Trump weights in on Carrier relocation to Mexico  | Carrier: Company did not receive $5M in federal stimulus funds  | President of United Steelworkers Union: No hope of saving 1,400 jobs  | Carrier employees, local businesses reel after announcement of move to Mexico  | WATCH: Employees react to news that Carrier is moving from Indy to Mexico  | Pence to review Carrier's plans to move to Mexico  | TRUMP: Carrier should be taxed for their goods after move to Mexico  | Hogsett, Donnelly meet with Carrier workers  | City, state stepping in to help Carrier employees | Indiana leaders ask Carrier for a meeting to try to keep the plant, jobs in the state