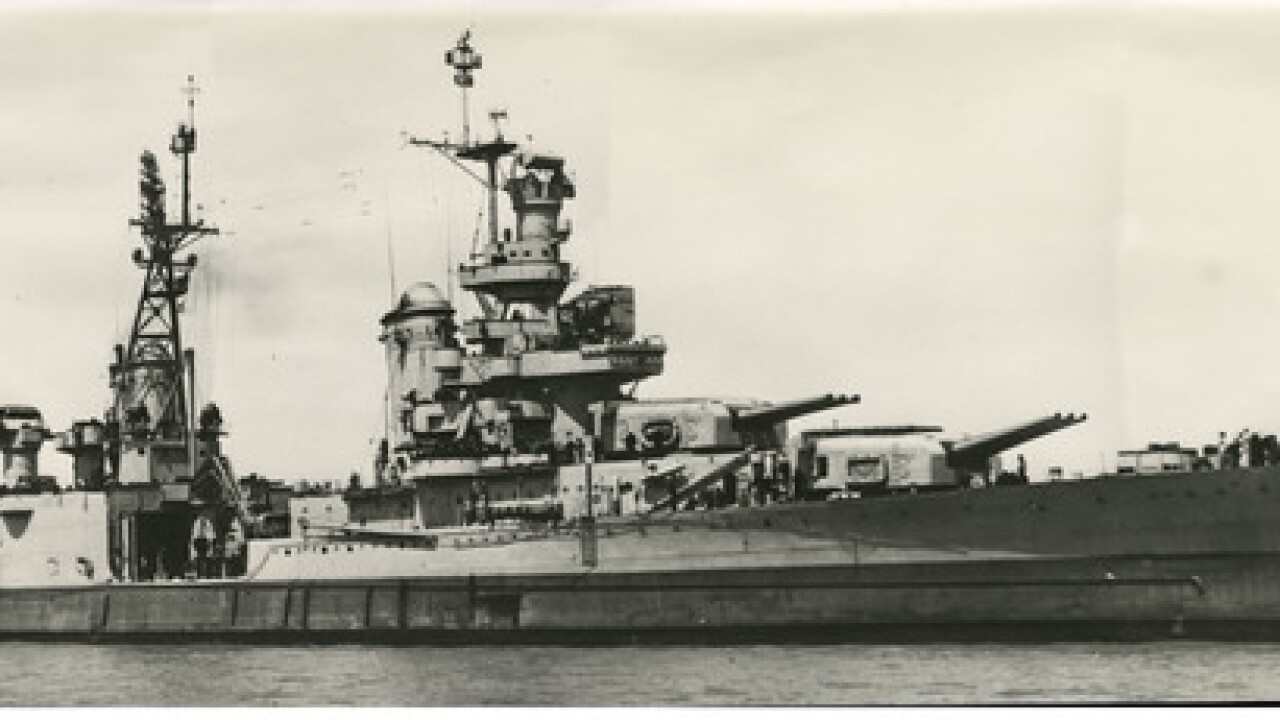 INDIANAPOLIS — One of the final remaining survivors of the USS Indianapolis disaster has died.

Tony King died Monday, according to a post on the official USS Indianapolis Facebook page. He was 94. Only eight survivors of the sinking remain.

King served aboard the USS Indianapolis beginning in October 1944, and was on the bridge the night the ship was torpedoed.

"Following the war, Tony went on to live a hard, but adventure-filled life, traveling the world, and impacting all those he came in contact with," the post said. "We are so grateful to have gotten to know him, and be part of reconnecting him with the USS Indianapolis Survivors, and his family, after so many years."

With 1,195 crewman on board, the USS Indianapolis was sailing back from the Philippines after delivering components of the first atomic bomb when it was torpedoed by a Japanese submarine just after midnight on July 30, 1945. The ship sank in 12 minutes before a distress signal could be sent.

Following the initial attack, 890 men survived, but 574 died from hunger, exposure or shark attacks over the ensuing four days. On Aug. 2, a patrol plane spotted the wreckage and rescue efforts began.

The death toll toll remains the single greatest loss of life on a military vessel at sea.

In August 2017, explorers located the USS Indianapolis' wreckage more than 18,000 feet below the surface in the Philippine Sea.