Valuable baseball card stolen in Ohio ends up in Indianapolis 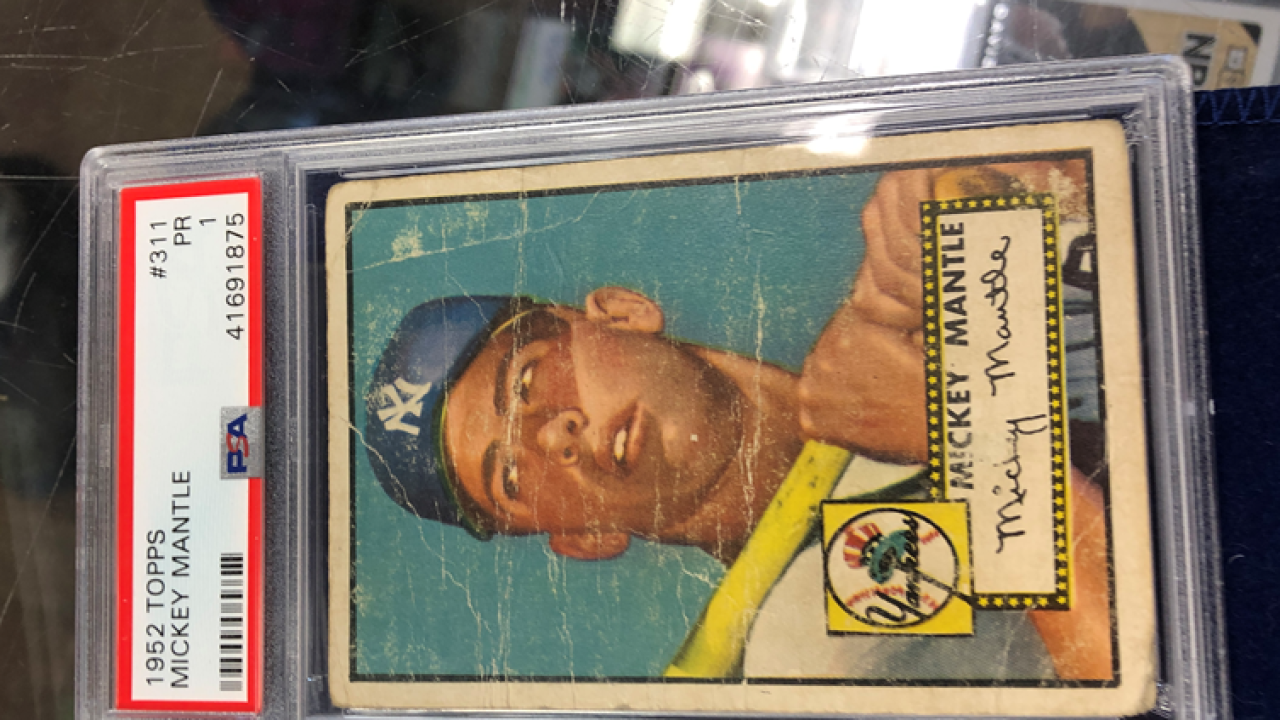 One in excellent condition sold at auction last year for almost $3 million dollars.

So, when a west side Indianapolis sports collectibles shop received a call from a man who said he had a 1952 Mantle, red lights went off.

James and Wyatt McWhorter, who own and operate The Dugout, already knew a 1952 Mantle was stolen recently from a store outside Columbus, Ohio.

They agreed to meet with 23-year-old Giancarlo Venditti of suburban Columbus at their business, and then they got in touch with Indianapolis police.

When Venditti arrived at the store Monday, card in hand, police were outside.

Venditti was arrested and will be brought back to Delaware, Ohio.

As for the card, it's in poor condition but still worth upwards of $11,000, according to Wyatt McWhorter.