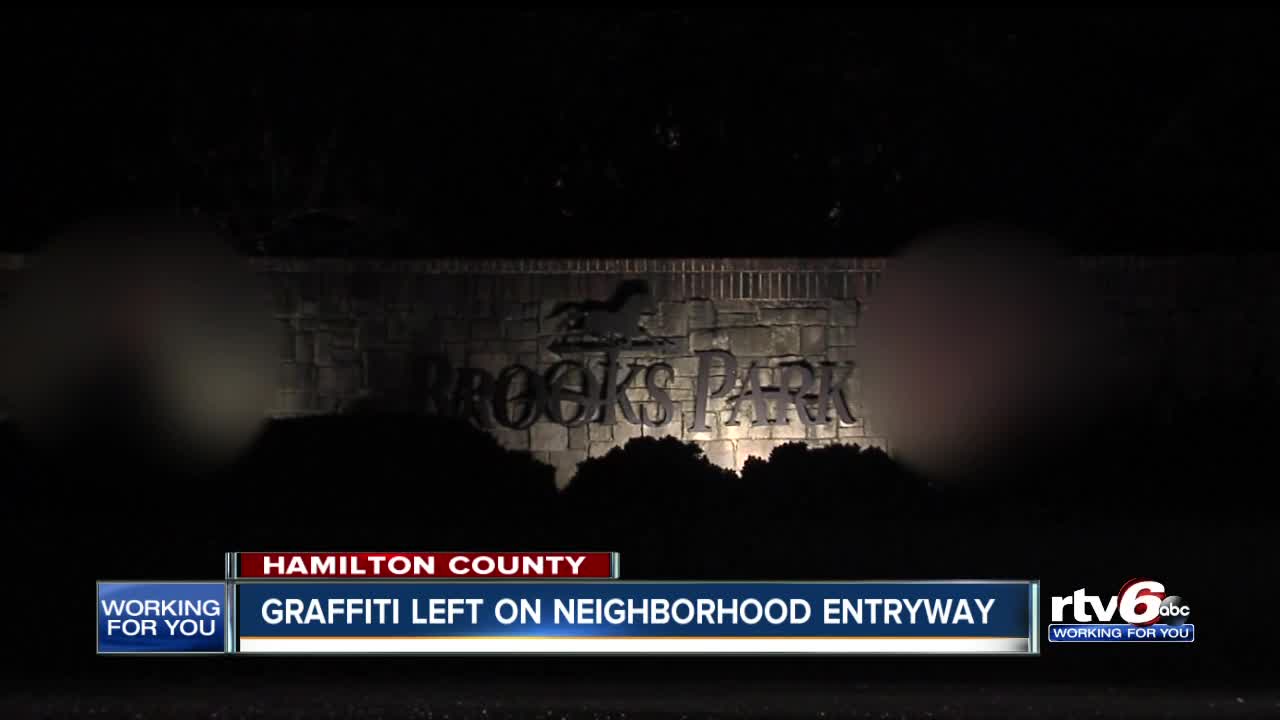 Graffiti was spotted Saturday night on the entry sign of a neighborhood in Fishers.

FISHERS — Graffiti was spotted Saturday night on the entry sign of a neighborhood in Fishers.

The vulgar drawing and crude message were seen on the Brooks Landing sign, near East 104th Street and Brook Parks Boulevard.

It is unknown how long the graffiti has been there or who did it.

RTV6 learned a report has been filed and the Fishers Police Department has opened an investigation. For now, there is no word on how long the graffiti has been at the entrance to the neighborhood or who have have been behind it.

Police said they have no reports of similar incidents in the area.