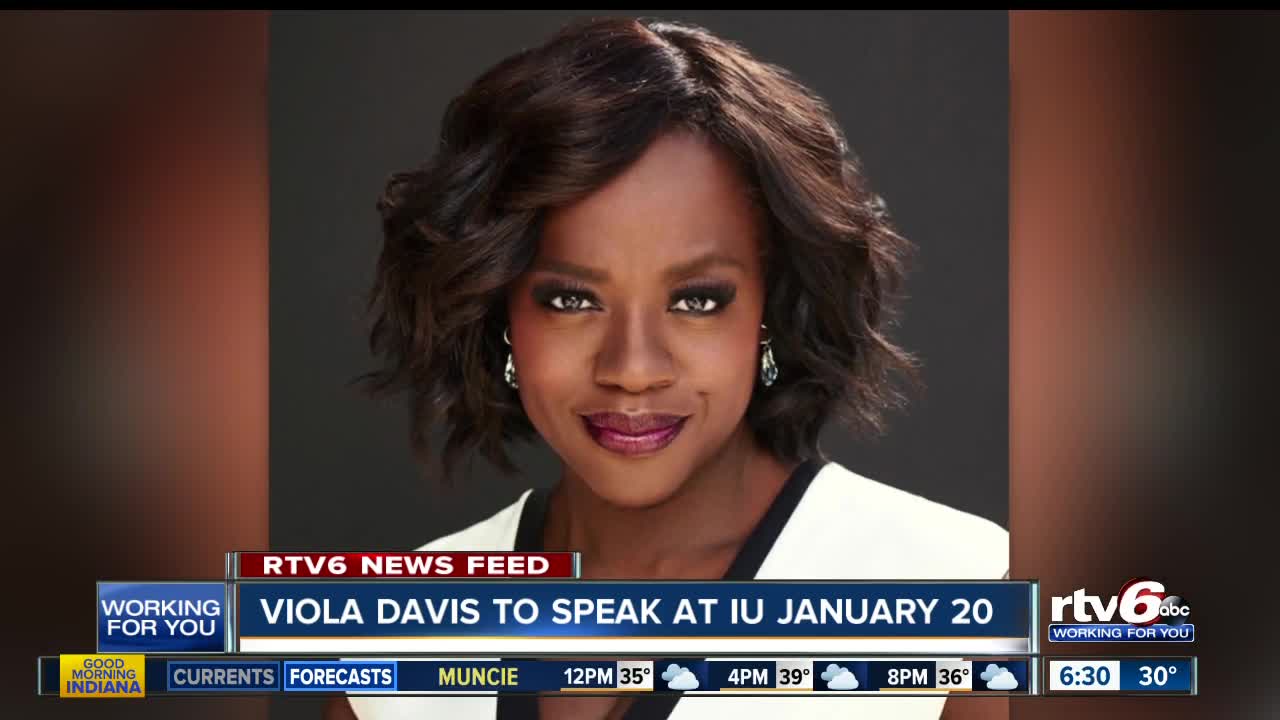 Viola Davis is set to speak at IU in January.

Davis, the first black actor to win acting's triple crown (Oscar, Emmy, and Tony awards), will deliver a keynote lecture as part of the university's Day of Commemoration.

"Viola Davis is one of our nation's finest and most accomplished actors, who has inspired many individuals through her remarkable life story, rich body of work, and rise to the top of her profession," Michael A. McRobbie, IU President, said. "Both on screen and on stage, she has captivated audiences with a number of memorable and award-winning performances. She has also become a forceful voice for women and women of color, challenging media stereotypes, and championing the need for equal opportunities."

Davis' lecture is free and open to the public at 4 p.m. on January 20 at the Simon Skjodt Assembly Hall on IU's campus.

Those wishing to attend can reserve tickets at the IU Auditorium box office, or online. Reservations are limited to two tickets per person and will be released beginning Wednesday, Dec. 4.

The actress's professional career spans more than two decades. Davis earned a Tony Award for her portrayal of Rose Maxson in the film 'Fences.' She also was the first black actress to receive the Primetime Emmy Award for outstanding lead actress in a drama series for the ABC TV show 'How to Get Away with Murder.'

Also, an activist and philanthropist, Davis and her husband founded the artist-driven production company, JuVee, in 2012. JuVee focuses on giving a voice to those who feel voiceless through impactful and culturally relevant narratives.