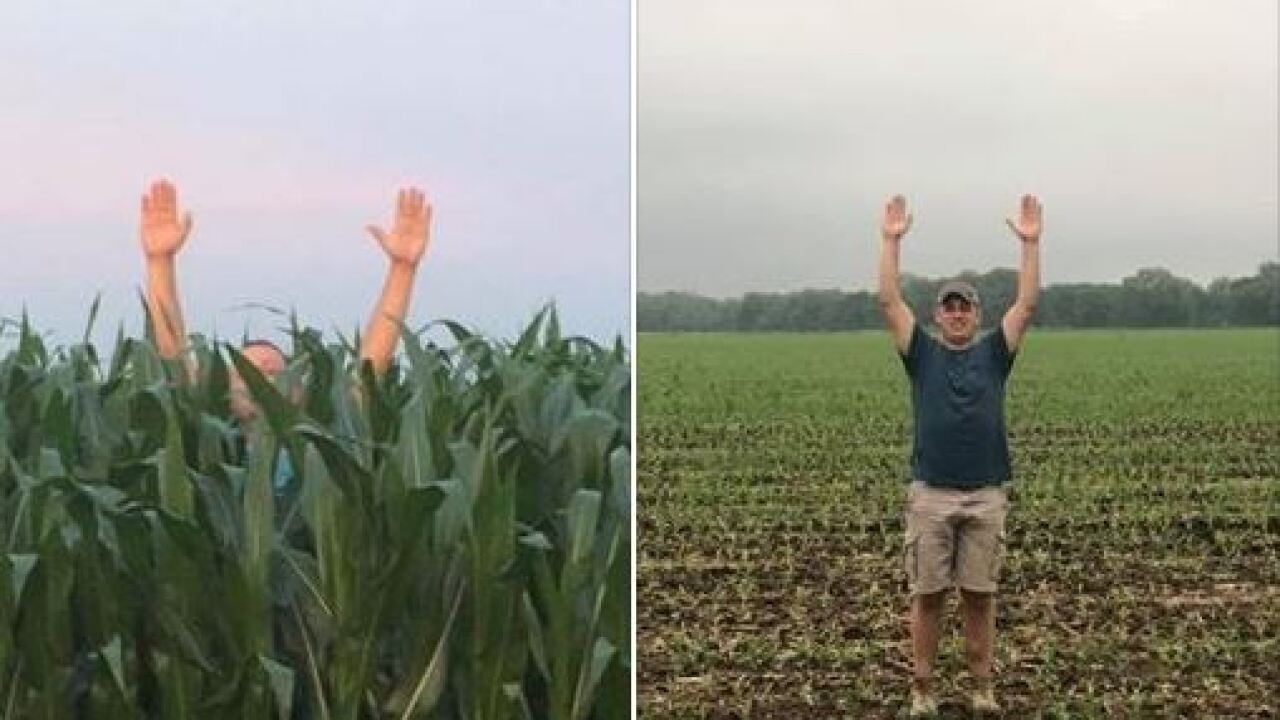 ROACHDALE — A then-and-now photo post being shared out of western Indiana paints a stark image of the problems Hoosier farmers are facing this spring.

"These two pictures speak volumes to the crisis American Farmers are facing this spring," Staton wrote on her Facebook page.

Farmers across the state have been struggling to plant their crops this spring because of the excessive amount of rain. The newest U.S. Department of Agriculture report shows 84 percent of Indiana's expected corn crop was planted at the start of this week. That's up from just 31 percent from two weeks ago but the state's five-year average would have all the corn crop planted.

Agriculture officials say the wet spring has forced some farmers to consider switching corn acreage to other crops.

The latest report lists 64% of Indiana's soybean crop as planted, up from 17 percent two weeks ago. The state's five-year average is 94 percent for soybean planting.

"It's just some food for thought for those who think farmers are 'rich' or 'greedy' or what have you," Staton wrote. "It's the reason food and gas prices will be getting higher as the summer goes on."