WATCH: Commotion at gas station in confrontation with suspect involved in officer's shooting 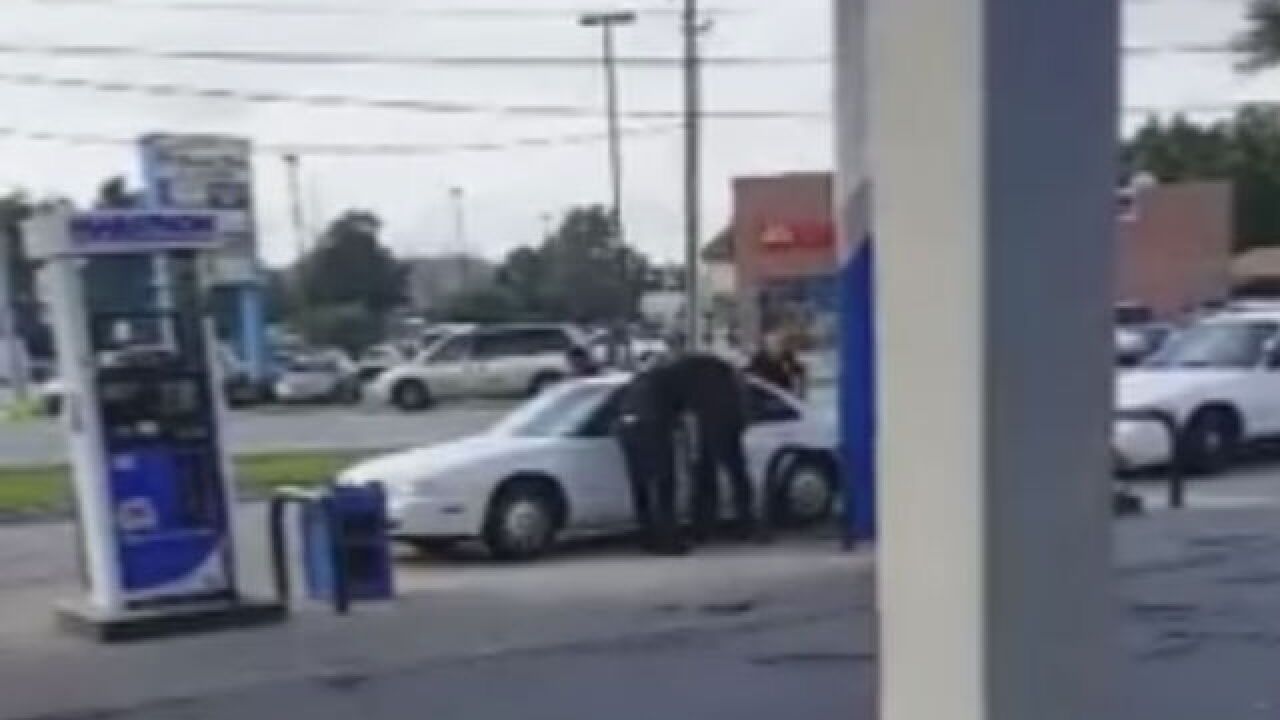 INDIANAPOLIS -- As technology has improved, everybody has a camera in their hands.

This was evident during the encounter Monday evening between officers with the Indianapolis Metropolitan Police Department and a suspect who refused to get out of his vehicle.

Police pulled over the driver of a white Buick, thought to possibly be a burglary suspect. As the man argued with police, a witness recorded video of the interaction, and posted it to Facebook.

The video shows police firing pepper ball rounds into the vehicle before it drives away, beginning a chase that would end with the suspect dead and an officer shot.