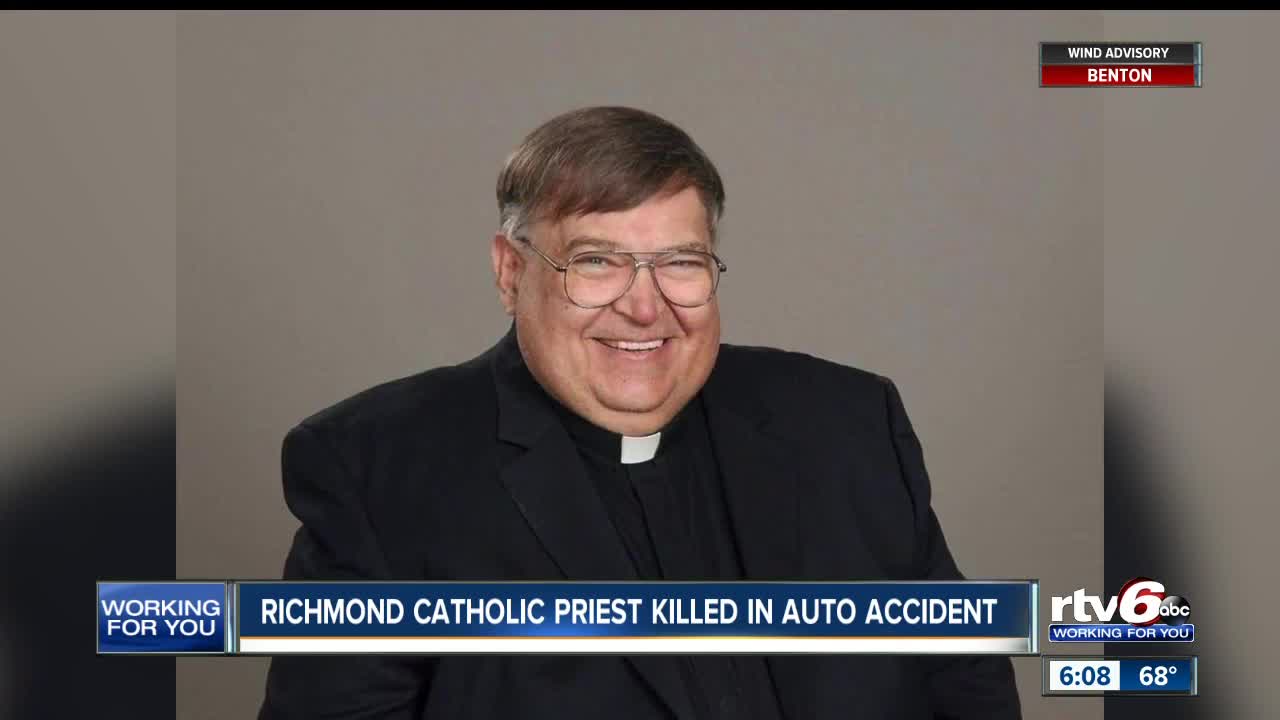 RICHMOND — The Archidiocese of Indianapolis and Parishioners in Richmond are mourning the loss of a catholic priest, killed in an auto accident.

Reverend Kevin Morris died on Tuesday afternoon in a head-on crash. The Wayne County Sheriff said his car crossed the center line on U.S. 40, just outside of Richmond, and hit the other vehicle.

Father Morris was 63-years-old. He was the Pastor of Saint Elizabeth Ann Seton Parish in Richmond. He ordained in 1997 and spent most of his priestly life in Richmond, but also served as Pastor of Saint Susanna Church in Plainfield.