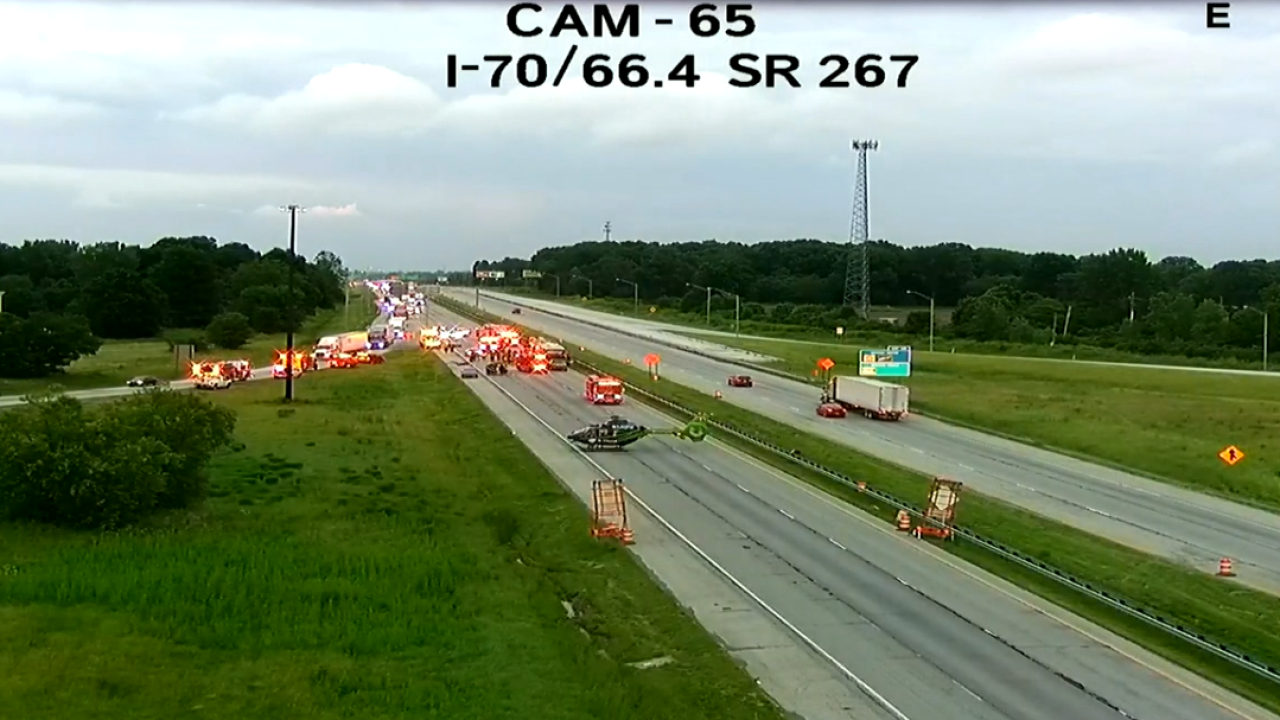 PLAINFIELD — A crash that sent one person to the hospital on Thursday evening closed all westbound lanes of I-70 at State Road 267 near Exit 66 in Plainfield.

According to the Indiana Department of Transportation, all lanes should be cleaned up after being closed for nearly two hours.

When officials arrived at the scene earlier in the evening, Plainfield Fire Department had to extradite a driver involved in the accident from their vehicle. Once officials retrieved the man, he had to be airlifted to a nearby hospital due to sustained injuries from the crash, according to Indiana State Police Public Information Officer, John Perrine.

2005hrs - PFT crews respond to I-70 for a car into a travel trailer. Units arrived to find one patient trapped in a car under the rear of a 40’, 12,000lb travel trailer. Extrication takes 50 minutes. Single patient transported conscious and alert by medical helicopter. pic.twitter.com/3uhxSGmtuv

According to ISP, the driver was awake and alert when officials got to him.

At this time, the cause of the crash cannot be confirmed.

Not others were injured in the crash.