What a pairing: Dalai Lama and Lady Gaga meeting in Indy 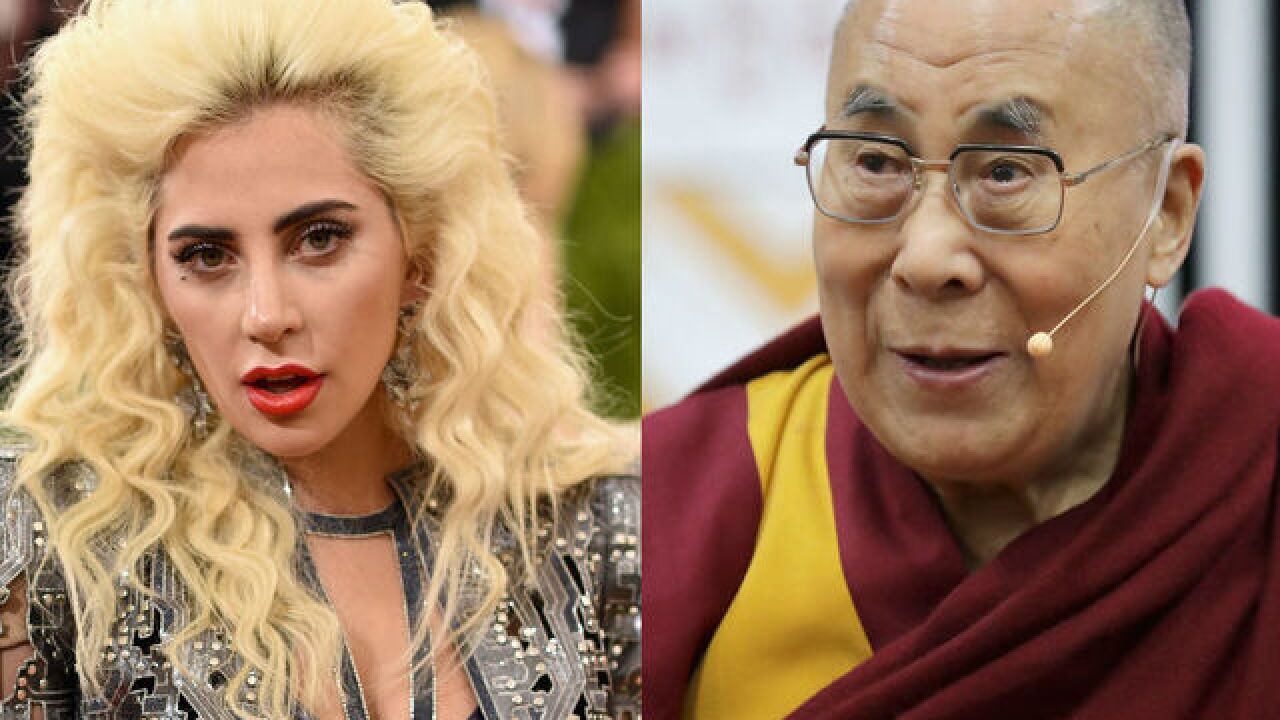 INDIANAPOLIS -- In a particularly unusual pairing, the Dalai Lama and singer Lady Gaga will be meeting and speaking this weekend in Indianapolis.

They will address nearly 300 of the nation's mayors on Sunday at the U.S. Conference of Mayors.

The Dalai Lama will focus on building compassionate cities, then Lady Gaga will join him for a Q-and-A for an onstage conversation, moderated by journalist Ann Curry.

The general public is not invited to attend the event, just mayors, city officials, and invited representatives.

After their Q-and-A, presumptive presidential democratic nominee Hillary Clinton will address the mayors.

PREVIOUS | Hillary Clinton to speak in Indianapolis on Sunday