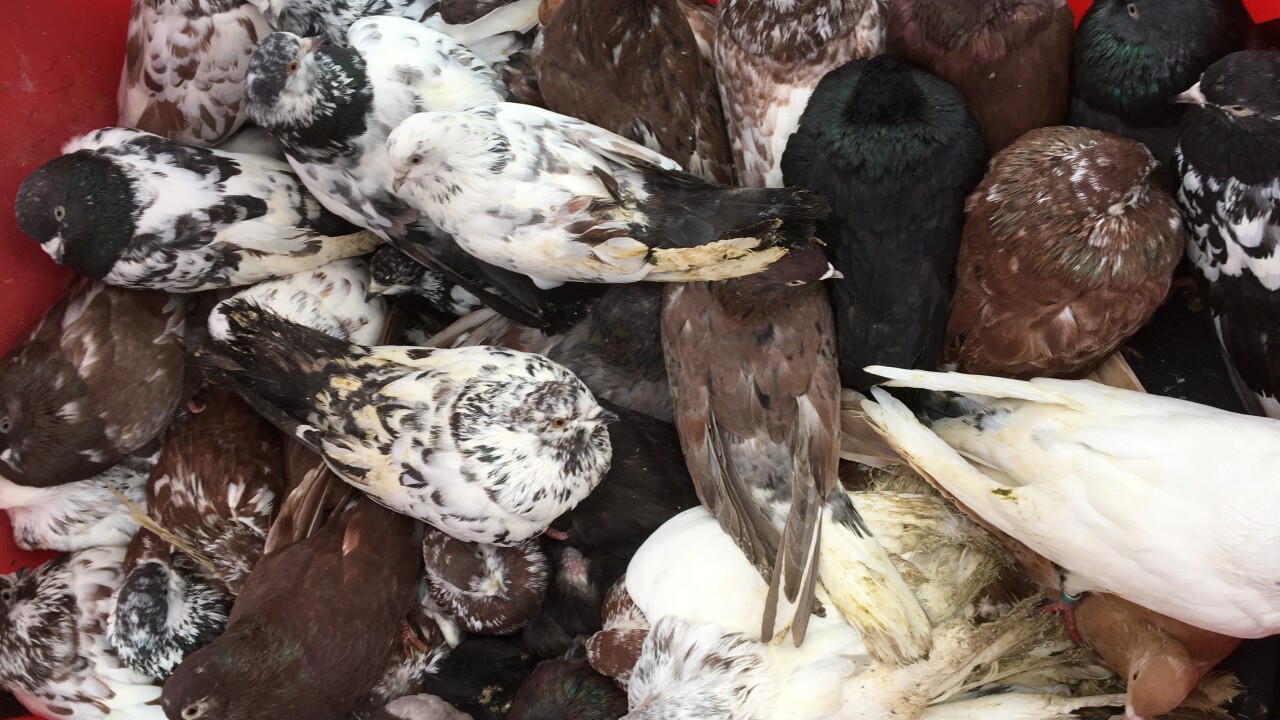 WHITE COUNTY — Indiana State Police believe 57 live pigeons found in boxes inside a dumpster off of I-65 were from an a homing pigeon race.

The pigeons were discovered on Dec. 10 at a rest area off the 196MM of I-65 in White County. State police say the pigeons were packaged in cardboard produce boxes.

Wildlife rehabilitators with "A Critter's Chance" assisted state police with recovering the 57 birds that had been thrown away. Five of the birds were dead when they were removed from the trash and two others have since died.

Kim Hoover with "A Critter's Chance" told state police she believed the pigeons most likely came from a homing pigeon race, where the birds are taken to a designated location and fly back to the roost. Hoover said it is rumored to have large sums of money tied to betting on when and if the pigeons will return.

The remaining 50 pigeons are recovering and will be up for adoption once they regain their health in the coming weeks. For adoption inquiries contact A Critter's Chance at 765-430-5610.