Woodstock at 50: Columbus couple shares memories of being there 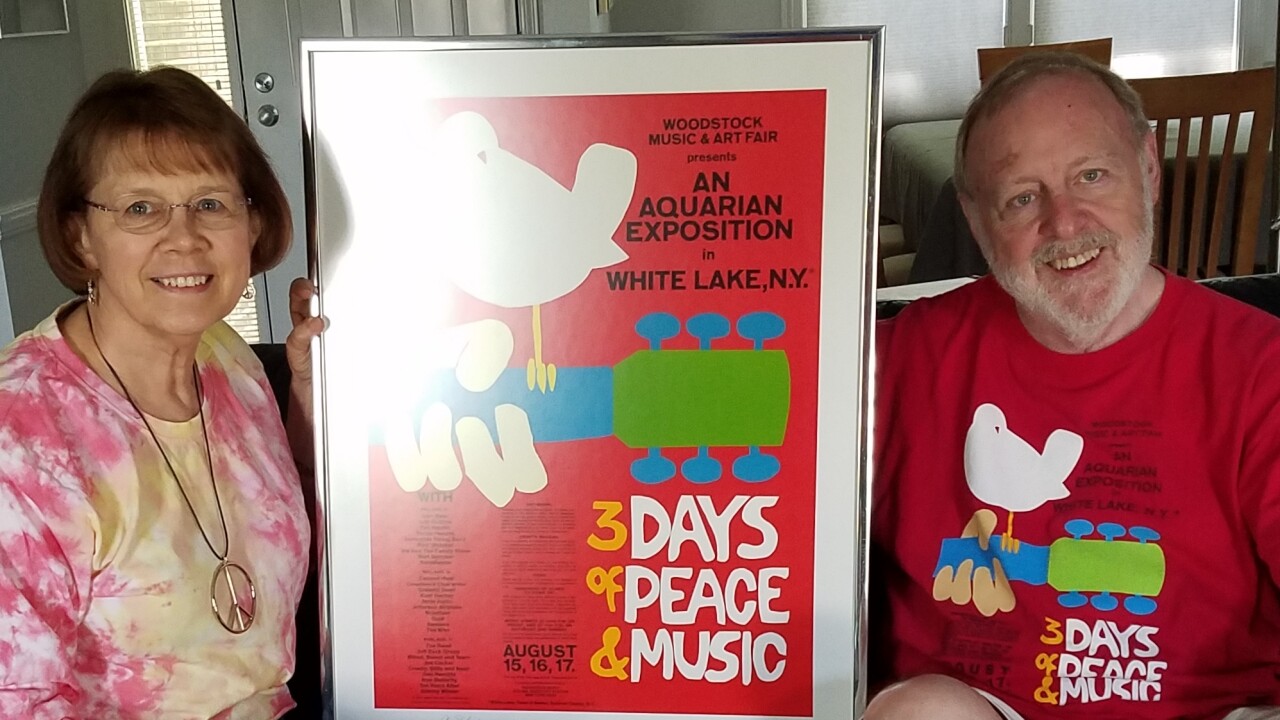 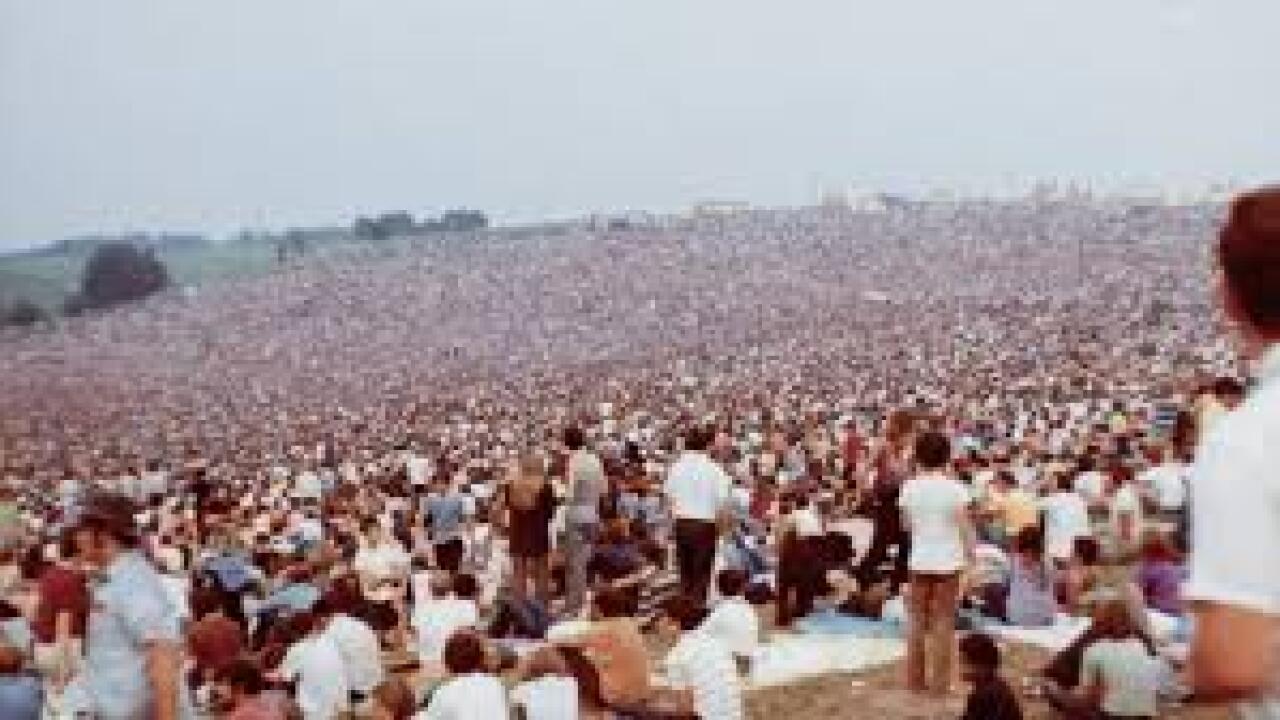 COLUMBUS — Fifty years ago, Aug. 15, 1969, a young Indiana couple and more than 400,000 of their closest friends descended on Max Yasgur's dairy farm in Bethel, N.Y. Warren and Janet Ward drove more than 600 miles to attend the Woodstock Music and Arts Festival, better known simply as Woodstock.

A half-century later, the Ward's memories of those four days of "peace, love and music" remain vivid. Warren is now 72 and Janet is 69. They've lived in Columbus, Ind. for years — Warren as a financial planner and Janet as a social worker and child advocate.

The Wards had been dating just a short time when they decided to drive from Indiana to New York with two friends in Warren's Volkswagen Beetle — the perfect car for such an adventure in those days. Janet, who is from Ft. Wayne, was a college student in St. Louis and Warren, an Indianapolis native, was working as a concert booker. They purchased advance Woodstock tickets for $18 each.

Woodstock featured 32 acts over four days. Many of the biggest names in pop music were there, including Creedence Clearwater Revival, Joan Beaz, Arlo Guthrie, The Who, The Grateful Dead, Janis Joplin, Jefferson Airplane, Blood Sweat and Tears and Santana.

There were also legendary traffic jams. An event that was supposed to draw 50,000 people instead had more than 400,000 show up. Only narrow rural roads led to the site. Warren Ward remembers what it was like arriving.

"It was just like the pictures, there were people in jeans and tie-dyes and long hair walking on both sides of the road, down the road toward the natural bowl, the amphitheater where the concerts were," he said.

A fence that was supposed to keep those without tickets from entering failed.

"The vast majority of people, paid or not paid, just walked in because the fence was not even finished, much less down," Janet said.

The Wards take exception to news accounts at the time painting Woodstock as a stoned out muddy mess. Yes, it was muddy — there were two rain storms — but it was peaceful and friendly.

"Everybody was there to enjoy the music," Warren said. "One of the things about that generation of people is that they just did not care. If you wanted to do drugs, that was fine. Short hair was OK, long hair was OK. So we just fit in like everybody else."

Among the many acts Janet enjoyed was John Sebastian.

"He was not scheduled to be on, but because they had such difficulty with bringing the talent in, he was there hanging around with friends, so they asked him to play a set, and he had always been one of my favorites," she said.

Sebastian was well known as the lead singer with the Lovin' Spoonful. Warren said Jefferson Airplane was a favorite.

When the singing was over, the Wards found a special souvenir on the way out. Official Woodstock programs, printed in New York City, were very late in arriving, due to the traffic.

"But when they did get there, they had pallets of these beautiful, beautiful programs just laying on the ground. So, we just picked one up," Warren said.

The Wards were married a year later and they still have the program. This week, at the Bartholomew County Public Library, the Wards presented a program on their memories of 1969 and their recent trip to Woodstock.

They went back this summer to what is now called The Bethel Woods Center for the Arts.

"We spent several hours at the museum and I highly recommend going there, whether you've been there and it brings back memories, or you've never gone and you want to see what it's all about," Janet said.