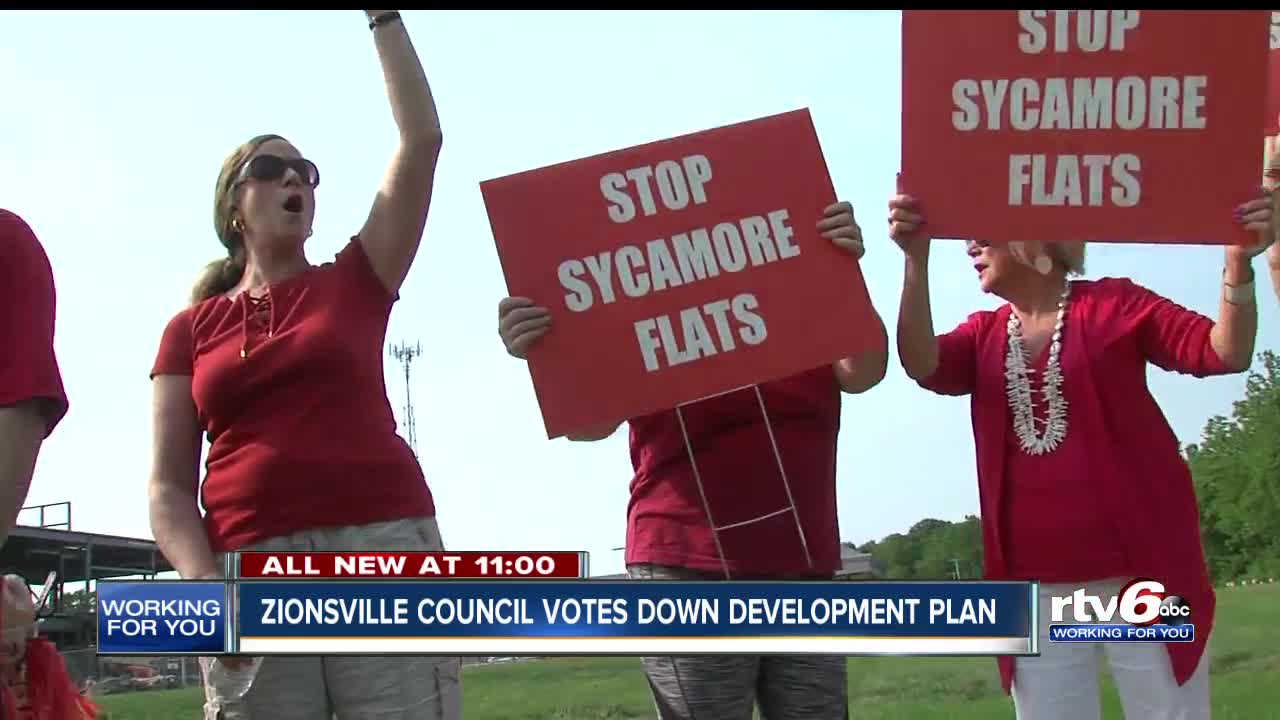 The Zionsville Town Council voted down a proposed development plan. 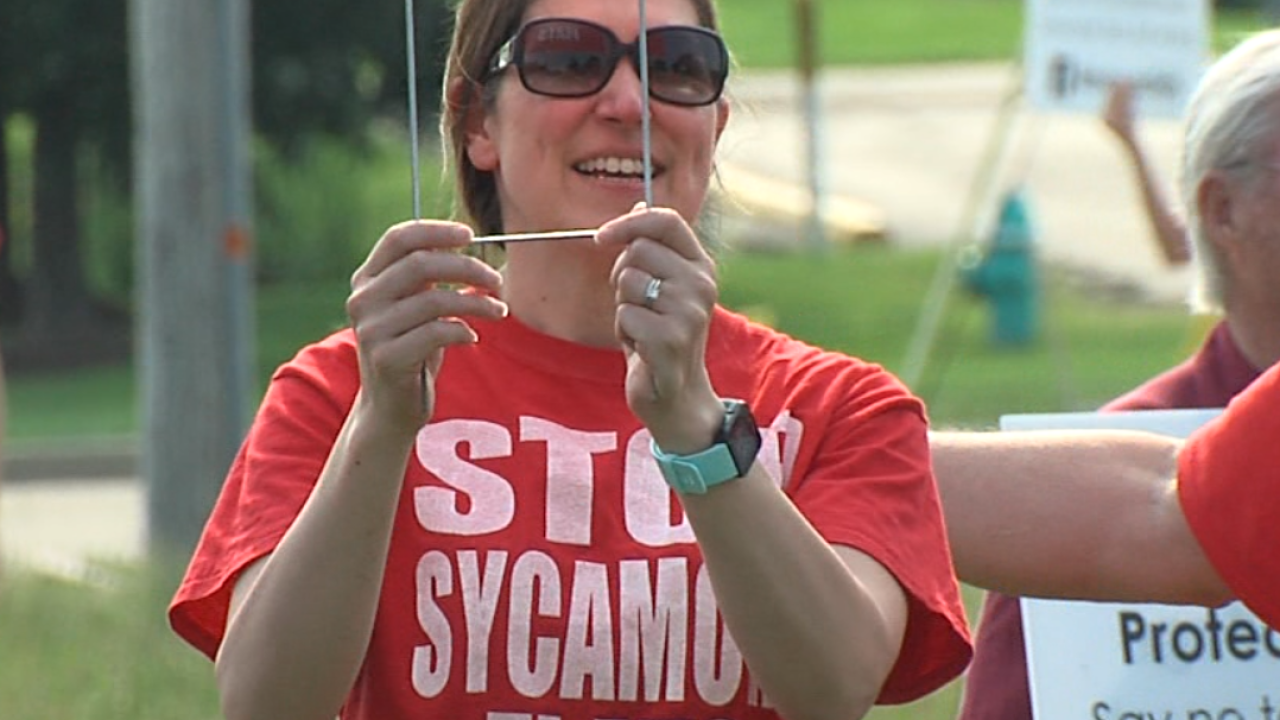 ZIONSVILLE — A controversial apartment, retail complex and parking garage is not coming to Zionsville after the town council voted 4-3 against the project.

Many people who live in the town opposed the Sycamore Flats project, saying the development is not in the character of Zionsville. Community members silently protested their opposition by wearing a sea of red.

Neighbors said, if it had passed, it would have had a negative impact on the village.

Mark Zelonis, a 22-year resident of Zionsville, said he is relieved the council voted against the development.

"Over time, I think it’ll prove itself that this is sort of a wake up call for us, as well," he said. "Those who were in opposition, but hopefully for the town council and the planning commission to talk to the community residents first, not after.

Zelonis also said those opposed to the plan also had their own proposal.

“What was not brought up tonight, but happy to mention it here, is we actually had an alternative proposal that had town homes, single-family residences and apartments and some retail in that exact spot, proven to be profitable and we have people ready to invest in it," he said.

The proposal ended in a tie vote last month because one council member was absent.