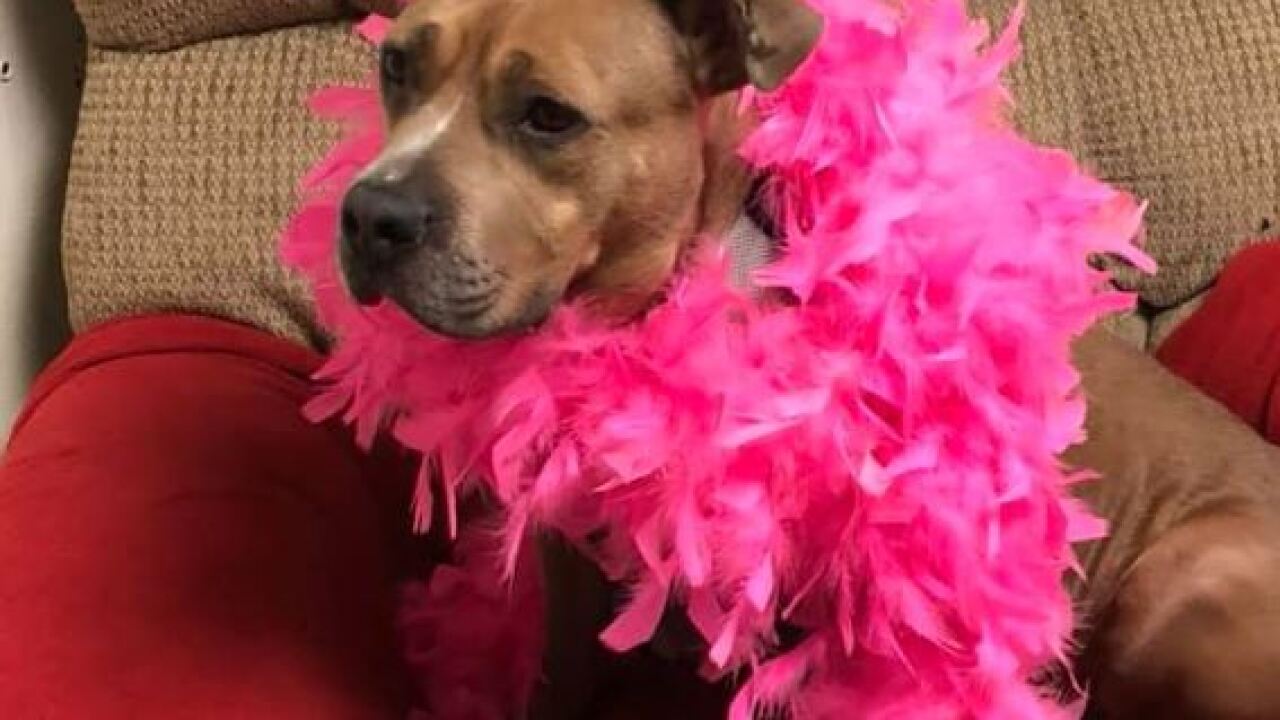 MONTGOMERY COUNTY — An entire community has stepped up to help a dog at a Montgomery County shelter with terminal cancer fulfill her bucket list.

She was at the shelter for a year before she was adopted into a loving family – but three weeks ago, that family had to bring her back.

PHOTOS | Fiesty the pit bull works on her bucket list

“We have a policy that if any adoption doesn’t work out, for any reason, no matter how long it’s been, the pet must be returned to our shelter,” said Nickee Sillery, Medical Coordinator at the AWL. “Once an AWL dog, always an AWL dog.”
It wasn’t until after Feisty was returned to the shelter that they discovered she had advanced, terminal lymphoma.

Sillery says they created a “Bucket List” for Feisty so she can live her best life in what time she has left.

All things any dog would love.

The AWL posted Fiesty’s list on Friday and they say the response has been overwhelming.

“Our community has been unbelievable. The support, the response has been amazing,” Sillery said. “She has had ice cream cones, multiple steak dinners, took a ride in semi truck, been to local dog-friendly stores to pick out toys, taken car rides with families (and slobbered on kids the entire time), took pictures with local police and had her picture taken in a fire truck.”

But just because one list is complete, doesn’t mean there isn’t more to be had. The AWL has now invited the public to come up with new Bucket List ides for Feisty and they’ll take it day-by-day as long as she feels well enough to enjoy them.

“She is an amazing dog. She is so very gentle, sweet and kind – everything that a pit bull truly is. It’s a blessing that the public is getting to know her.”

“Our hope is that everyone that hears her story will pay it forward in their own community,” Sillery said. “Shelter dogs don’t have to get cancer to get a cheeseburger, go for a car ride or have a snuggle.”
And also, be a lesson about life.

“We want her Bucket List to serve as a lesson to everyone… live it up, have fun and be kind,” Sillery said.

If you’d like to keep up with Feisty’s adventures, you can check out the Animal Welfare League of Montgomery County on Facebook .

You can also check out some of her latest adventures below.