Buttigieg decision on police chief is shadowing his presidential run 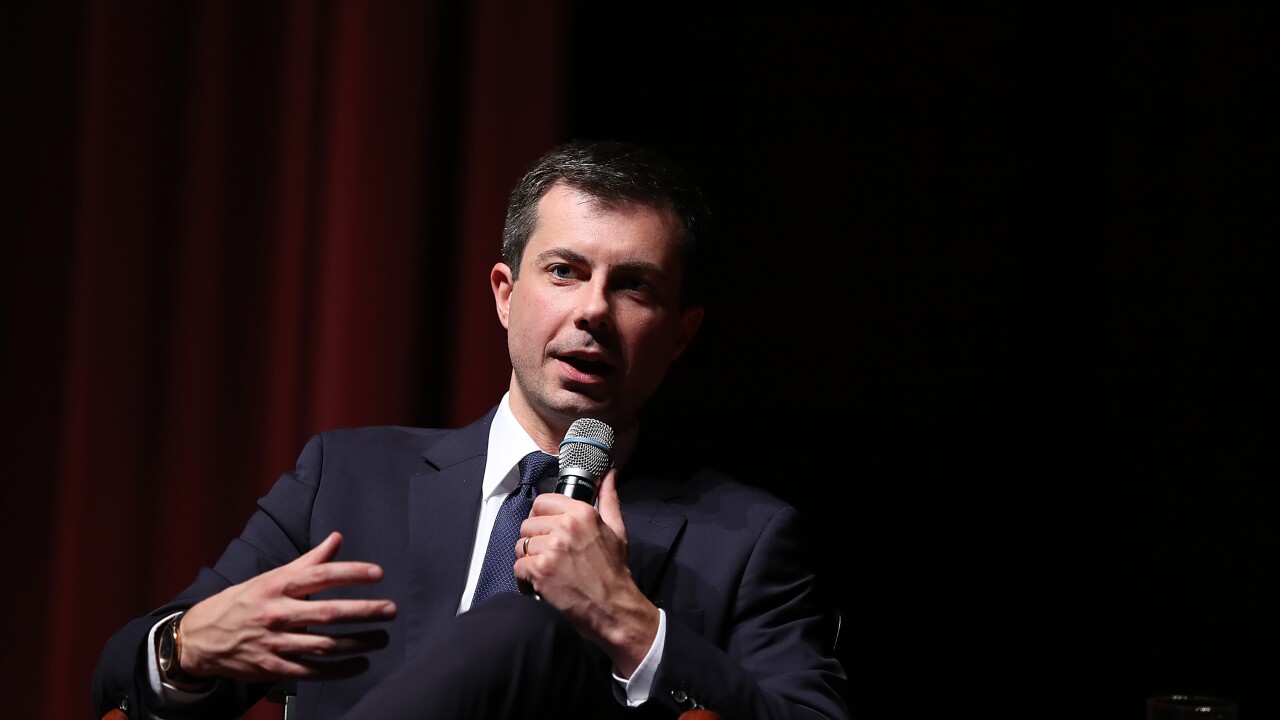 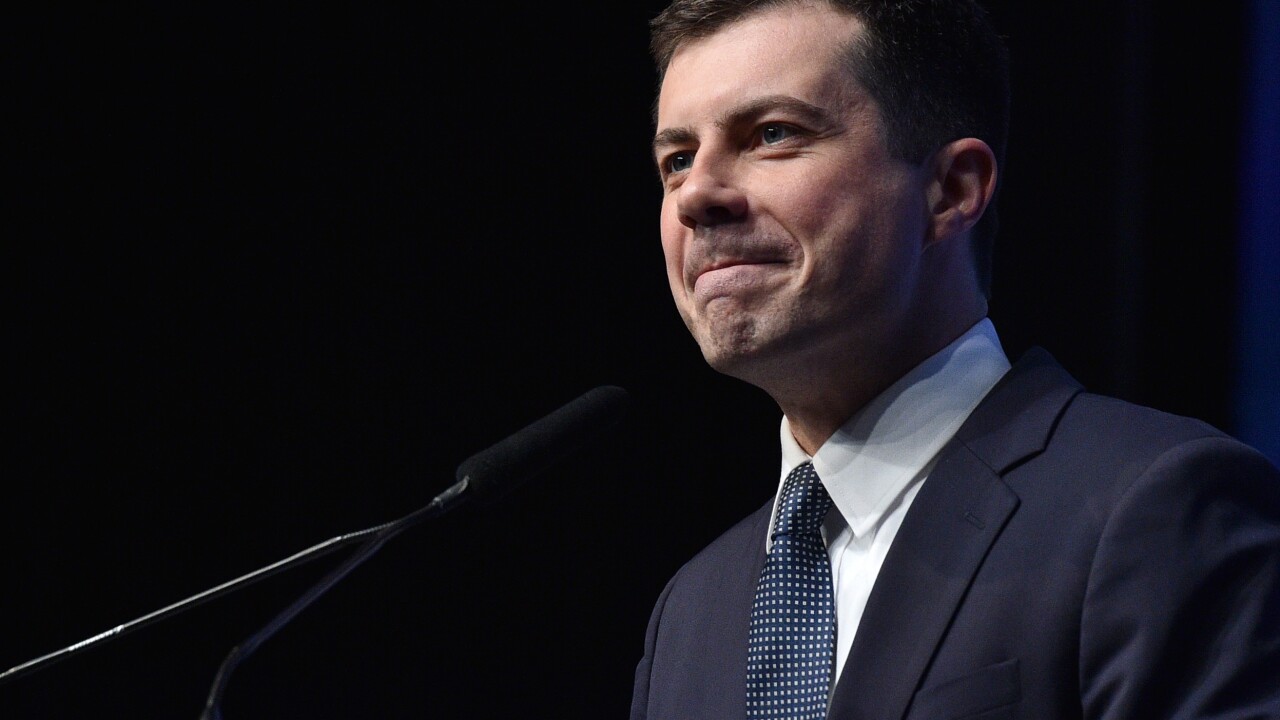 SOUTH BEND — Karen DePaepe had been waiting all day for a call back from Pete Buttigieg.

It was March 2012, and the 30-year-old mayor of South Bend, Indiana, had just decided to replace the city’s first African American police chief over complaints he illegally wiretapped police officers’ phone calls.

DePaepe, who oversaw the department’s phone system, wanted to talk him out of it. The phone line was recorded by mistake, and when she discovered the problem, she says she heard white police officers making racist comments.

Buttigieg — who's now running for president — never called. Instead, his chief of staff rang and told her she, too, had to go. Federal prosecutors, he said, had suggested she and the chief could be indicted if they weren’t removed.

DePaepe hung up, crying and in disbelief. She called one of those prosecutors, whom she says told her she wasn't in trouble and shouldn't quit.

“Who do I believe? I'm being told two different stories,” DePaepe recalled thinking, adding, “Someone is lying to me.”

Buttigieg’s demotion of Chief Darryl Boykins has led to complaints that he has a blind spot on race, and raised questions about whether he can attract the support of African Americans who are crucial to earning the Democratic nomination. It’s also reinforcing skepticism that the 37-year-old former mayor has the experience to handle the presidency.

But interviews, documents and contemporaneous news reports paint a more complicated picture that is not as flattering to Buttigieg. While some people said they believed the young mayor was trying to do the right thing, others told The Associated Press that his lack of experience led him to take actions that weren't well thought out, and that his explanations don't ring true. His subsequent failure to include African Americans in positions of power further damaged his standing in the community.

“It left a really, really bad taste in my mouth,” said Pastor Wendy Fultz, who is black and a leader of the activist group Faith In Indiana.

Long before Buttigieg was elected, the South Bend police department regularly recorded certain telephone lines. In 2010, a detective’s line began being mistakenly recorded, according to a federal investigation.

DePaepe said she discovered the mix-up in February 2011 and heard what she described as racist comments by officers. She told the chief, but he didn’t tell her to do anything, so the recording continued. Just before Christmas, he asked her to make tapes.

Boykins later confronted an officer about his “loyalty,” and said he'd take the tapes to the mayor, according to a 2012 FBI report. Boykins didn't respond to messages seeking comment.

The tapes have never been released. Buttigieg says he hasn’t heard them, and DePaepe won’t discuss details, citing a settlement that bars her from doing so.

A lawyer for officers who sued the city says the tapes were made illegally, his clients made no racist comments and some were threatened by the chief.

Boykins and DePaepe, who is white, denied wrongdoing.

Buttigieg was sworn in Jan. 1, 2012, and reappointed Boykins.

Weeks later, officers complained to his chief of staff, Mike Schmuhl, that Boykins was recording and listening to their phone conversations, Schmuhl said in a deposition first reported by The Young Turks. The officers also went to federal law enforcement officials, who began investigating.

What happened at that meeting is hotly contested and key to much of the acrimony that followed. Hill told the AP federal officials explicitly said the city needed to take “personnel action.”

“The U.S. attorney said, you have problems with two people and ... if you address the issues with those two people satisfactorily, then there would not be prosecution,” Hill said.

Schmuhl, through the Buttigieg campaign, said in an email it was clear that “the people whose actions prompted a federal investigation into the police department could not remain in their positions.”

But he said in his deposition that the U.S. attorney never overtly said anyone had to be fired.

More than a week later, she too was fired.

The mayor later told the South Bend Tribune that "charges were not filed because we acted to satisfy federal authorities.” He repeated that explanation in his memoir.

Several people involved in the case have cast doubt on Buttigieg’s story.

“I don't feel he's being accurate at all," DePaepe told AP.

DePaepe said she asked Schmid, the prosecutor who attended the March meeting, whether she needed a lawyer. She told AP that he said she wasn't in trouble and shouldn't quit her job.

Boykins’ lawyer, Tom Dixon, told AP that three of the prosecutors who were in the March meeting assured him that, as a matter of policy, the office doesn't involve itself in local governments' personnel decisions.

That May, Capp wrote in a letter to the city that during the March meeting, “We advised that our primary concern was that (South Bend Police Department) practices comply with federal law.” He concluded that “no federal prosecution is warranted.”

The federal officials who attended the meeting didn't comment or didn't respond to messages.

Former federal law enforcement officials who reviewed details of the case at AP's request agreed it would be unlikely for a U.S. attorney to suggest they wouldn't pursue criminal charges if a mayor fired or demoted staff.

In an interview, Buttigieg stood by his story and told AP that DePaepe had to go because her actions led to a federal felony investigation. He said Boykins was demoted because he failed to tell Buttigieg he was being investigated.

The city never conducted its own probe.

Buttigieg wrote in his memoir he didn't know about the allegations of racist comments until after he removed Boykins.

Several people told AP that Buttigieg damaged the reputation of one of South Bend’s most respected black leaders. Boykins was the only African American in a senior position in city government at the time, while the previous mayor had three black men in top-level positions.

Howard Buchanon, fire chief under Buttigieg's predecessor, told AP that after Boykins' demotion, Buttigieg asked to meet. Buchanon recalled asking Buttigieg where black and Hispanic leaders were in his administration: Buttigieg’s head dropped — a tacit acknowledgement that there was no one.

More than a year later, he appointed an African American woman as the city’s top lawyer.

Buttigieg says he has learned from the Boykins affair. When you’re young and encounter a problem, Buttigieg said, people who disagree will say you did it because you were young.

“If you were older, they would still disagree” Buttigieg said. “They just wouldn't say it had to do with being young.”