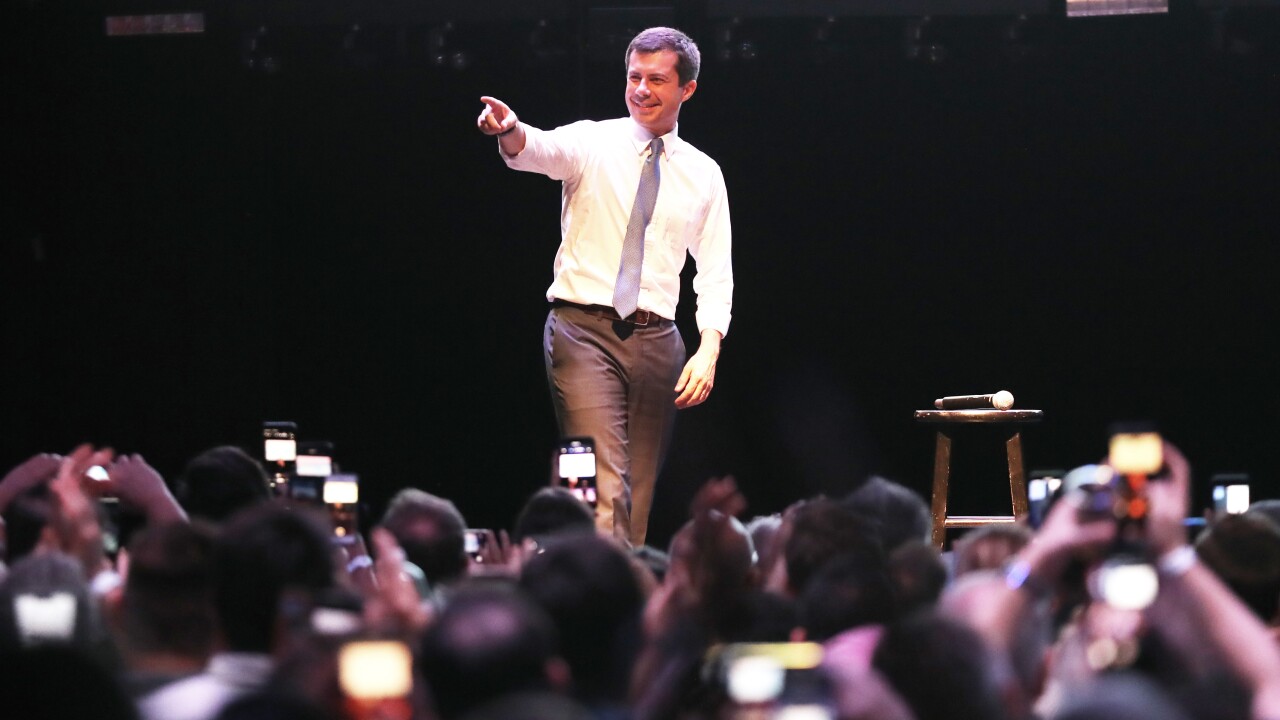 WASHINGTON D.C. — Democratic presidential candidate Pete Buttigieg will begin airing a digital ad on Tuesday that calls out rivals Sens. Elizabeth Warren of Massachusetts and Bernie Sanders of Vermont by name for their support of "Medicare for All."

The ad -- titled "Makes More Sense" -- highlights Buttigieg's Medicare for All Who Want It health care plan, a middle-of-the-road approach that would not force people onto government health coverage but would offer a public option for people who choose to enroll. That is a key distinction between Buttigieg's plan and the sweeping overhaul that would be instituted under a full Medicare for All program.

The ad represents an escalation by the South Bend, Indiana, mayor's campaign, after he's mostly kept his Medicare for All critiques nameless and primarily focused on policy.

Buttigieg's ad uses reporters and media figures to describe the differences between the plans, including CNN political commentator Joe Lockhart saying, "Bernie Sanders and Elizabeth Warren believe that we have to force ourselves into Medicare for all, where private insurance is abolished."

His campaign said in a news release, "The ad highlights Pete's bold approach to health care would not kick millions of people off their private health care, and would give them the option to choose the plan that's right for their them."

The ad shows video of Buttigieg from the campaign trail interspersed with footage of reporters talking about the differences in health care and noting that "there are 160 million Americans who get their insurance from their employer."

Health care is a central issue in the Democratic primary, with polls showing that it is among the most important issues to Democratic voters. All candidates advocate doing more to address accessibility and cost, but there are distinct differences over whether to overhaul the current system or to remake it entirely with Medicare for All or something similar to what Buttigieg proposes.

Tuesday's ad is not the first time Buttigieg has put money behind ads drawing distinctions with Democrats who support Medicare for All. He began airing a television ad in Iowa in September that cast his plan as less restrictive than the Medicare for All proposals.

"Now, others say it's Medicare for All, or nothing," Buttigieg says in that ad, a not-so-subtle nod to Sanders, Warren and other pro-Medicare for All Democrats. "I approve this message to say, the choice should be yours."

Buttigieg has also been sponsoring a post on Facebook that says, "Medicare for All Who Want It will create a public alternative, but unlike the Sanders-Elizabeth Warren vision it doesn't dictate it to the American people and risk further polarizing them." Another ad simply states, "I trust the American people to make their health care decisions for themselves."

Buttigieg's team believes the difference between him and candidates like Warren and Sanders is politically advantageous for him. They point to polls like a recent survey by Monmouth that shows 56% of New Hampshire Democrats and unaffiliated voters likely to participate in the Democratic primary said their preferred approach to overhauling health care is a public option in addition to private insurance, while 23% said they wanted to replace private insurance with a public plan like "Medicare for All."