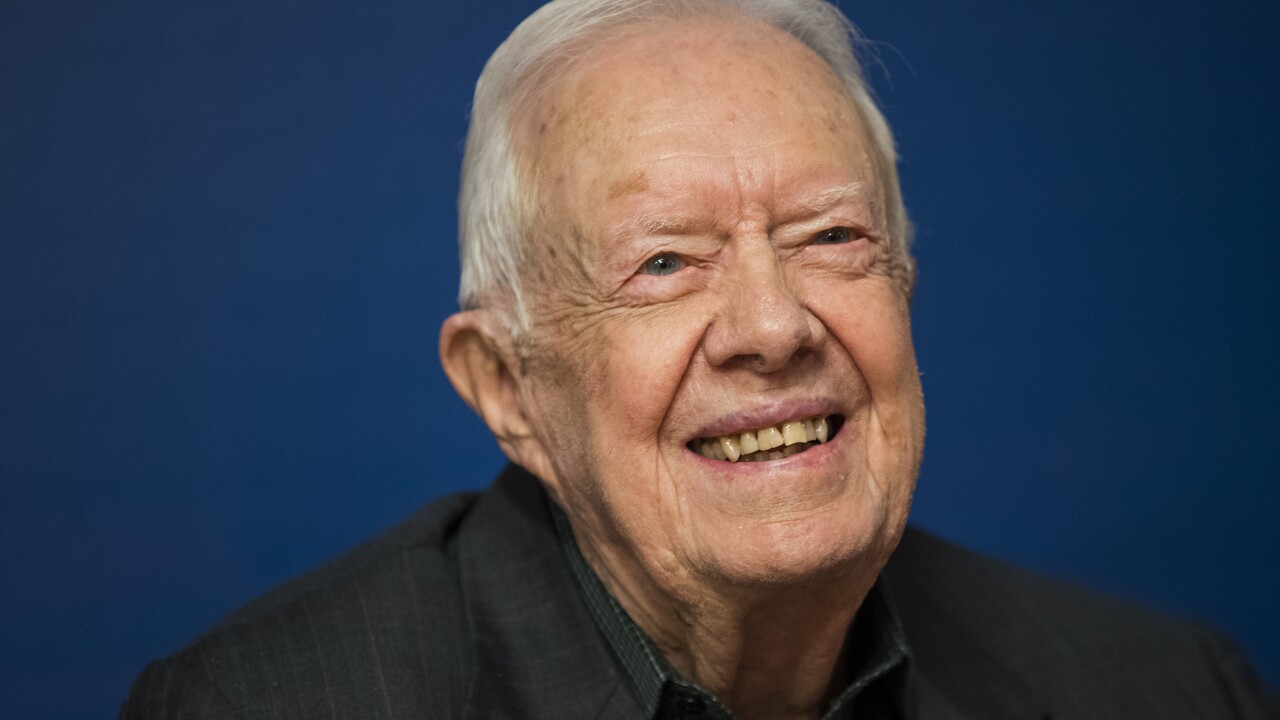 Jimmy Carter, the son of a peanut farmer who served as America's 39th president, turns 95 today.

People may leave President Carter a birthday wish from anywhere in the world, through the Carter Center website. Thousands of messages have been left so far from people as close as his home state of Georgia and as far as South Korea, Zambia, and Australia.

The organization was founded in 1982 by President Carter and his wife and is "committed to advancing human rights and alleviating unnecessary human suffering," according to the Center's website.

President Carter has been a record-breaker since the day he was born.

Born in Plains, Georgia, on October 1, 1924, President Carter holds an illustrious legacy as a champion of human rights, earning him a Nobel Peace Prize in 2002 for his dedication to international democracy building, conflict resolution, and development programs.

He is also the recipient of three Grammys for Best Spoken Word Album. Not too bad for the son of a peanut farmer.

The Jimmy Carter Presidential Library and Museum in Atlanta will be holding a day of festivities to celebrate their namesake's 95th year. They are offering $0.95 museum admission all day, extended hours until 8 pm, and a free screening of the Georgia-made film Smokey and the Bandit.

President Carter and his family will be spending a quiet day at home on his birthday, according to a spokesperson.