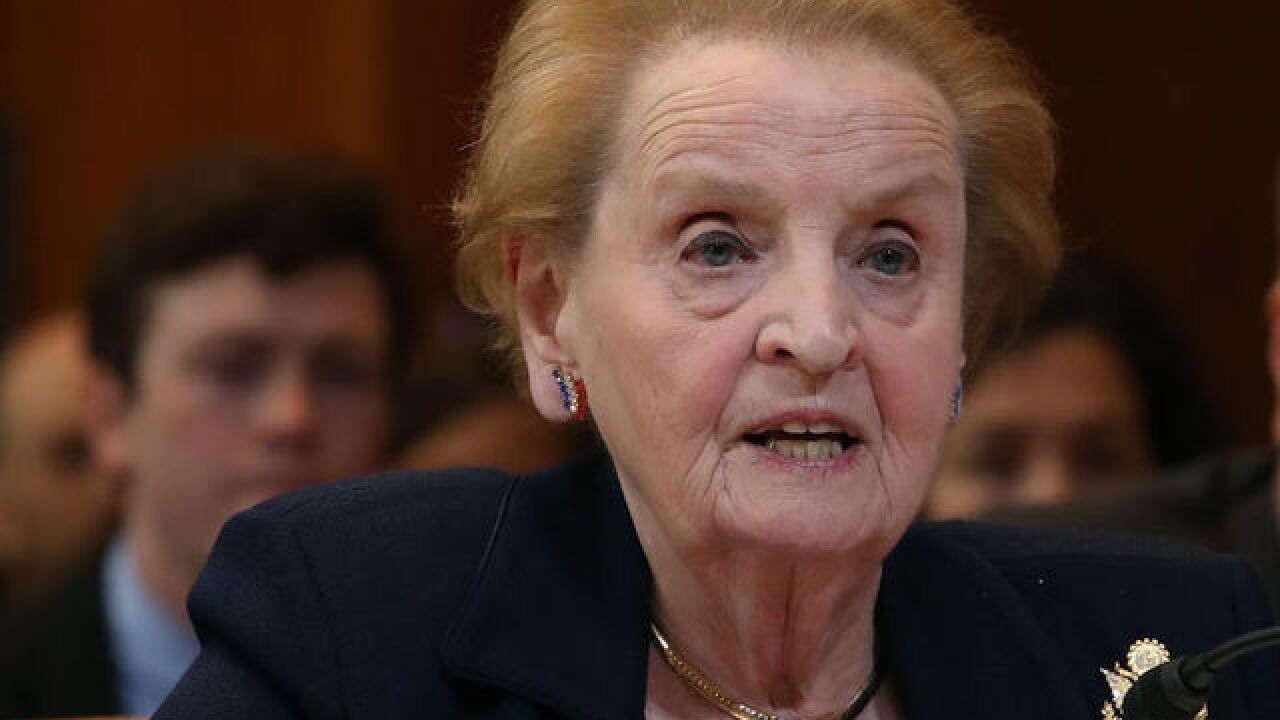 Copyright 2018 Scripps Media, Inc. All rights reserved. This material may not be published, broadcast, rewritten, or redistributed.
Mark Wilson
<p>Former Secretary of State Madeline Albright testifies during a Senate Appropriations Committee hearing on Capitol Hill, on May 9, 2017 in Washington, DC. The committee was hearing testimony on "United States Democracy Assistance."</p>

Former Secretary of State Madeleine Albright said Sunday that she doesn't believe President Trump is a fascist but called him the "most undemocratic president in modern American history."

Though Trump doesn't fit Albright's definition of a fascist -- "a fascist leader is somebody who uses violence to achieve what he wants," she said -- she is "worried" about his attitude toward freedom of speech, Albright said on BBC's "The Andrew Marr Show."

"I do not think he is a fascist. I do think he is the most undemocratic president in modern American history. And that troubles me," Albright said.

"And by the way, it's not easy as a former diplomat to be in a foreign country and criticize one's own president. But I am concerned."

Albright, who led the State Department under President Bill Clinton between 1997 and 2001, has publicly written that fascism and the "tendencies that lead towards fascism" pose a more serious threat today than any time since the end of the second world war. Albright also recently penned a book titled "Fascism: A Warning."

The former secretary of state has also been a virulent critic of the President, saying that he is making the country look like a "victim" and a "chump." She has previously called him "the most anti-democratic leader that I have studied in American history."